At 3:00 pm on May 16th, the 56th lecture of the Comparative Law and Legal Sociology Lectures of Peking University Law School was held in Room 307, (Leo) Koguan Building. This lecture was given by Prof. Yu Xingzhong from Cornell University School of Law, with the title of “Justice: From Rough to Fine”. Prof. Zhang Qi, Executive Director of the Institute of Comparative Law and Legal Sociology, presided over the seminar. Prof. Shen Wei, Prof. Liu Yinliang, Professor He Qisheng and Prof. Xu Defeng also attended the lecture and participated in the discussion.

Prof. Yu Xingzhong is a well-known scholar at China and abroad in the fields of jurisprudence, comparative law and legal culture. His works such as "The Rule of Law and Civilization Order", "The Frontier of Jurisprudence", and "The Review of Jurisprudence" are not only very insightful in the classic research field of legal theory, but also pay attention to "law and artificial intelligence" and "legal geography" earlier. Therefore, Prof. Yu Xingzhong’s lectures have received much attention in the academic circles. This lecture has not only received enthusiastic response from teachers and students of our school, but also attracted professors, scholars and students from other universities such as Renmin University of China, China University of Political Science and Law, Tsinghua University, and East China University of Political Science and Law.

In this lecture, Prof. Yu Xingzhong focused on the realization of justice in the rule of law process, and introduced the formation, development and concerns of the emerging healing science. Prof. Yu Xingzhong pointed out that the progress made in the current rule of law construction in China provides a basis for the academic community to further explore how to implement justice in the judicial trial and judicial execution. At the same time, justice as a "root concept" in the Western cultural concept group is closely related to the concepts of "law" and "right". Therefore, the refinement and practice of the concept of justice will also promote the practice of the rule of law and the refinement of the protection of rights. Specifically, the refinement of justice should be changed in six aspects: legal concept, legal nature, legal rules, legal system, legal person and discretion within the legal framework, making it more rational and humane.

Prof. Yu Xingzhong quoted the German philosopher Leibniz as saying: "Justice is the charity of the wise man", and it is equally relevant to justice how the law shows its elegance and charity. Then, he started with Dworkin's "holistic law" theory and discussed how to deal with the relationship between the judge's discretion and the law. As we all know, judicial judgment faces rules and de facto uncertainty, which leaves a discretionary space for judges. How to deal with this discretionary space is the subject of different legal theories. Dworkin believes that judges can interpret the law according to legal rules, legal principles, ethics and customs, but not without limits, but by the "integrity" of the law.

The therapeutic sciences that have emerged since the 1990s focus on achieving refined justice in the actual operation of the law. Therapeutic science originally referred to a discipline that studies how laws and judicial systems affect human behavior, affection, and mental health. It recognizes that law is a social force that affects people's spiritual levels. Therefore, therapeutic science is not only a kind of learning, but also a kind of practice. It pays attention to how the law shows a more humane, benevolent and ethical appearance in the provision of legal services and the operation of the system, and reduces the negative impact of legal procedures.

After the speech by Prof. Yu Xingzhong, the teachers and students present at the scene responded enthusiastically and put forward many questions and opinions. The professors responded and answered in detail. Prof. Yu Xingzhong emphasized that the occurrence and evolution of concepts may be different because of the natural endowment between China and the West and the background of cultural origins. However, in the current implementation of law and justice in the real social life of China and the West, it should undoubtedly be more and more refined and benevolent, the more concerned about the encounters and feelings of the parties. In this sense, Dworkin’s “holistic law” thinking not only does not abandon the restrictions on the discretion of judges, but also demands the judge’s wisdom, moral cultivation and personal character. He hopes that the judges will have a reflective spirit and tolerance. For the sake of people, and this is in line with the concerns of therapeutic science.

Finally, Prof. Zhang Wei made a summary of the lecture content and related discussions. He believes that Prof. Yu Xingzhong has made profound and close-to-life introductions, analysis and discussion on the issue of justice, and has put forward many interesting theoretical and practical issues, which are very enlightening. After the lecture, the host and some of the audience took a group photo, the lecture was successfully concluded. 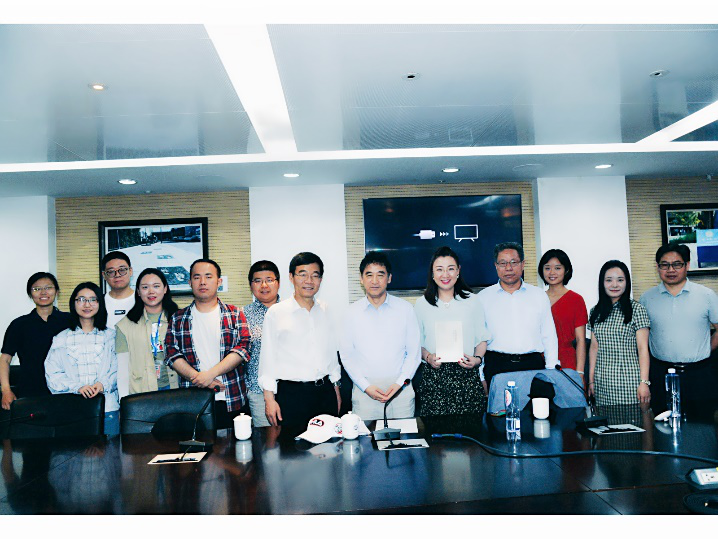