You are here： Home» News» Global» Visit the revolutionary holy land to understand the spirit of xibaipo, zhengding county to find the original heart of the communists

Visit the revolutionary holy land to understand the spirit of xibaipo, zhengding county to find the original heart of the communists 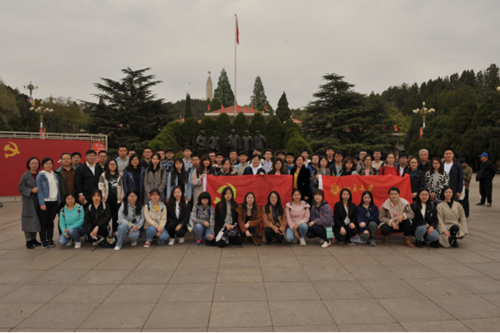 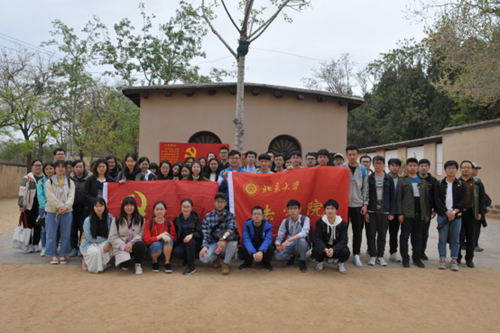 On the early morning of April 20, in the light rain, Undergraduate Union Party Branch took a bus to Xibaipo Memorial Hall. The leading teacher distributed pre-trip learning materials to all students, and introduced in detail the general situation, historical evolution, red spirit and local customs of Xibaipo Memorial Hall and Zhengding County.

Under the guidance of the lecturer, the students first visited the exhibition hall, which is divided into 12 exhibition halls. Approaching the preface hall, the front face is a huge group of statues and stone carvings, thus slowly opening the prelude of history: in May 1947, the Central Committee of Labor and Industry entered Xibaipo; in the same year, the National Land Conference was held in Xibaipo; in 1948, the Party Central Committee and Chairman Mao moved to Xibaipo to command the three major battles that shocked China and foreign countries; in 1949, the Second Plenary Session of the Seventh Central Committee, which had a historic turning point, was held here... During the lecturer's talks, the students deepened their understanding of the red land which witnessed the founding of New China. 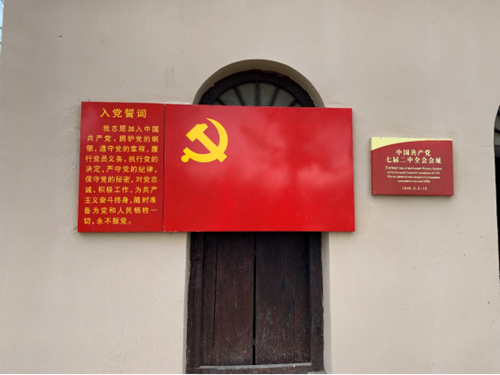 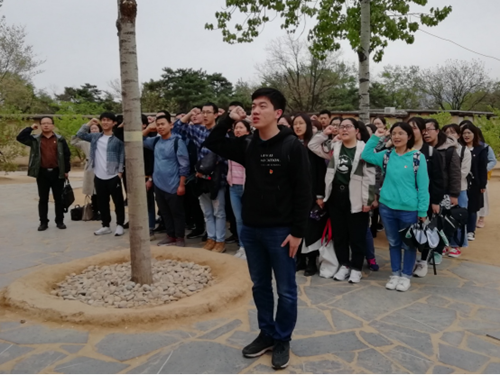 After leaving Xibaipo Memorial Hall, the students came to Zhengding County where General Secretary Xi Jinping had worked. Along the way, Zhengding County coordinated and unified urban planning, well-preserved cultural relics and historic sites, honest and enthusiastic people's customs, so that students could feel the general secretary Xi as the representative of the generation of leading cadres of the Party and government strategic planning and the firm initial intention of the people to seek happiness.

In evening, Undergraduate Union Party Branch held a symposium on "Gathering the soul of Peking University and Building the Chinese Dream" in Zhengding. Combining the learning experience of visiting Xibaipo Memorial Hall and visiting Zhengding County Town, students deeply analyzed that the mass line, as the basic working line of the Party, is the foundation of the Party, and that arduous struggle, as the glorious tradition of the Party, is the essence of the mass line. Students believe that in the current prevailing of consumerism and materialism, adherence to the spirit of arduous struggle requires firm ideals and beliefs as support; "the people have faith, the country has strength, and the nation has hope." As a young legal person in the new era, we should also firmly adhere to ideals and beliefs, inherit the spirit of PKU, and strive tirelessly for the realization of the great rejuvenation of the Chinese nation! 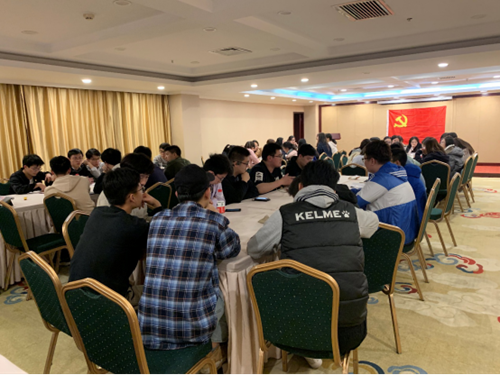