From February 23 to February 25,2019, the 17th China Philip C. Jessup International Law Moot Court Competition was held at the Chenggong Campus of Yunnan University. The Peking University team was runner-up and successfully advanced to the upcoming international finals in the US capital, Washington, D.C. 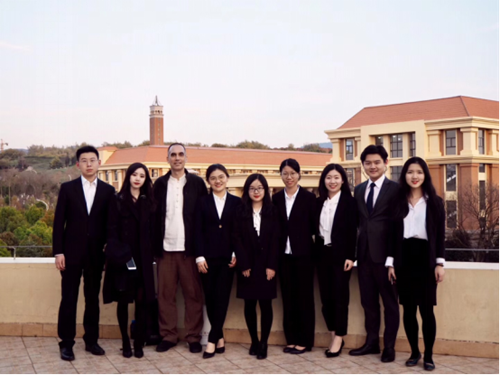 The team consisted of 2015 undergraduate Shen Yiming, Lei Qi and 2016 undergraduate Lu Zikuan, Chen Haiwen, 2018 Master of International Law Fan Xiaolu. Xie Xue served as a coach. Among them, Shen Yiming was the team captain, Shen Yiming and Lu Zikuan were team players. This year's team was coached by teachers like Qiao Yifu, Yi Ping, Chen Yifeng, Cun Lanxin, and other law school teachers. The team was supported by several alumni such as Peng Xiwen, Liu Xiao，also received the awards from Yan Danhua, Wang Xinyu. In a tense three-day schedule, our school team won eight games in a row, passed all the way, and finally won the runner-up. In addition, our team received the best pleadings for the square bill.

Since the formation of the team in June last year, under the care of law school leaders and teachers, with the support of coaches and the enthusiastic support of past graduates, all team members have devoted themselves, prepared carefully, and read a number of professional works and classic cases, conducted meticulous research and intense discussion, wrote and revised the book several times, and implemented strict training in the winter vacation. On the field, our school team members not only demonstrated a higher level of international law and understanding of international hot issues, but also demonstrated excellent English skills, outstanding courtroom skills and unique personal style. They won the unanimous appreciation of the judges.

The Jessup International Law Moot Court Competition is hailed as an international law academic Olympics competition and is a professional legal debate hosted by the United States International Law Student Association (ILSA). Since its inception in 1959, the event has been more than 50 years old. There are more than 900 universities participating in more than 100 countries every year. It is the largest and oldest simulated court game in the world, and it is also a concentrated display of the level of legal education in various countries. The team of Peking University won the championship of China in five times in 2006, 2012, 2015,2016 and 2018 respectively. The re-arrival of the China Division this time reflects the strong teaching and scientific research strength, talent cultivation ability and first-class internationalization level of Peking University Law School.