U.S. local time from February 25, 2019 to March 1st, the first Peking University-University of California, Berkeley international seminar on personal information protection ended in the city of San Francisco in California. The international seminar was jointly organized by Peking University Law School (PKULS), the Institute of Intellectual Property Development of Guangdong, Hong Kong and Macau of Peking University, the University of California, Berkeley Law School and the Law and Technology Center of the University of California, and invited experts and scholars from more than ten domestic and foreign institutions and enterprises from the Chinese Academy of Social Sciences, the Guangzhou Intellectual Property Court, the Hoover Institute of Stanford University, the East-West Institute, Google, Microsoft, Intel, American Information Industry Agency, Federal Trade Commission and Jingdong Data Technology Company to participate in the lectures and seminars. It is committed to cultivating senior talents with excellent global vision and leadership in the field of personal information protection, mastering international industrial policies and laws and regulations, and having the ability to handle relevant transnational legal affairs.

Following the Sino-US Advanced Seminar on Intellectual Property Entertainment Law, the International Seminar again adopted the mode of international cooperation in running schools. During the period of one week, it carried out a series of rich and in-depth teaching practice activities, such as classroom teaching, enterprise visits and conference discussions. The trainees are mainly composed of senior executives and law firm partners from Beijing, Shenzhen and Guangzhou who have strong interest and demand in personal information protection and data security business.

On the noon of February 25th, the students of the international training class led by professor Xue Jun, vice dean of PKULS and professor Zhang Ping, executive vice dean of Peking University intellectual property school and executive director of Peking University Guangdong-Hong Kong-Macao intellectual property development research institute arrived in San Francisco. In the afternoon, the trainees rushed to the first stop of this seminar -- Google company regardless of the heavy traffic, and started the "Google class" learning activity. In Google class, Google public policy and government relations, a senior policy adviser Ben Petrosky and Google policy analyst Alethea Large mainly introduced in the past two years, Google in the basic situation and the latest development of personal information protection, and respectively from Google's privacy, privacy policy Settings, GDPR group's influence on Google, the respect such as product improvement and upgrade the comprehensive Google company is introduced in to protect the privacy of personal efforts and achievements. Professors from PKULS and some student representatives had an in-depth exchange with representatives of Google company on issues such as information theft by third-party apps on Google platform, privacy policies and discriminatory practices. 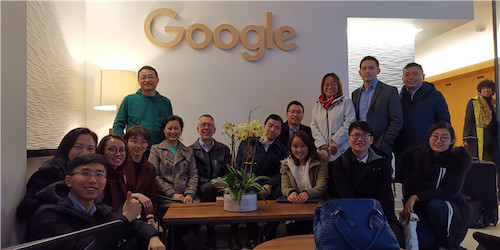 On the morning of February 26, the students entered the class of the University of California, Berkeley Law School to exchange views with more than 100 teachers and students of Berkeley Law School on the topic of "Comparison of Privacy and Data Protection Legislation between China and the United States". In class, professor Chris Hoofnagle, dean of the university of California, Berkeley school of law, first extended a warm welcome to the participants of the seminar. Later, professor Zhang Ping, executive vice President of intellectual property school of Peking University and executive director of intellectual property development research institute of Guangdong, Hong Kong and Macao of Peking University, made a speech on the topic of "legislation and practice of personal information protection in China". Professor Zhang Ping focused on the legislative model and practical dilemma of personal information protection in China, pointing out that the current decentralized legislative model is very easy to conflict with the current legislation, which is not conducive to the unified protection of personal information. In addition, Professor Zhang Ping, on behalf of the Institute of Intellectual Property Rights Development of Guangdong, Hong Kong, Macao of Peking University, and the Internet Law Center of Peking University, solemnly released the Report on the Protection of Personal Information of 100 Internet Applications Worldwide, which aroused great interest among professors and students of Berkeley Law School and triggered extensive discussions in the classroom. After the class, professor Jim Dempsey, executive director of the center for law and technology and a professor at the University of California, Berkeley Law School, led the class to visit the Berkeley law school memorial. In the afternoon, the participants went to baker & McKenzie, a us law firm, to have a friendly discussion with Lothar Determann, the director of the law firm, and some lawyers about the topic of "comparison of Chinese and American corporate privacy and cyber security practices". After the meeting, the participants paid a visit to baker & McKenzie 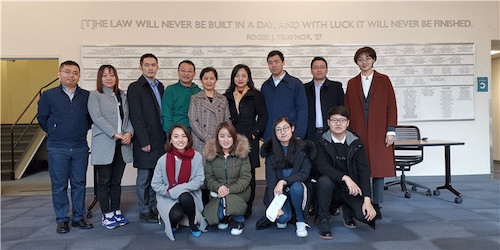 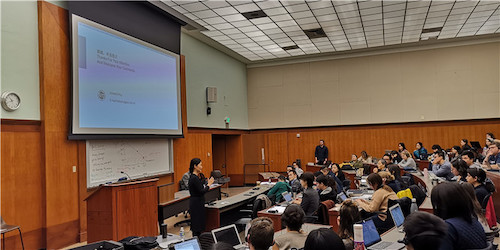 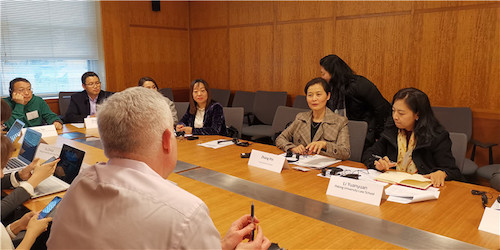 On February 27, the participants of the seminar visited Stanford University, a world-renowned university. In the morning, representatives of Stanford University led the seminar participants to visit the picturesque campus, the sacred and solemn church and some campus facilities of Stanford University. In the afternoon, the seminar participants at Stanford University's Hoover Institute and experts and scholars from Stanford University, East-West Research Institute and American Information Industry Institutions conducted a thorough and in-depth discussion on the overall framework and development trend of privacy and network security between China and the United States. At the seminar, Professor Zhou Hui, a researcher of the Chinese Academy of Social Sciences and Deputy Secretary-General of the Chinese Society of Network and Information Law, made a keynote report on "From Decentralization to Unification: China's Personal Information Protection Legislation". Professor Zhou Hui pointed out that there are nearly 40 laws, more than 30 administrative regulations and more than 200 regulations related to personal information protection in China. The legislation shows a clear tendency of fragmentation, which he believes may increase the cost of compliance of enterprises. General Manager Zhang Xu, head of data assets Department of Jingdong Digital Technology Company, delivered a keynote speech on "Privacy Protection and Big Data Implementation Challenge", expressing the respect for consumer privacy and the concern of enterprises about the risk of data business compliance. Andrew J. Grotto, a researcher at Stanford University's Hoover Research Institute, and Andrew J. Grotto, a researcher at Stanford University's Center for International Security and Cooperation, and William J. Perry, a researcher at the International Security Research Group, expressed their views on the issues in the report and speech and triggered heated discussions among the experts and scholars present. 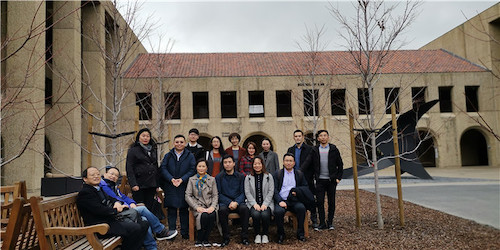 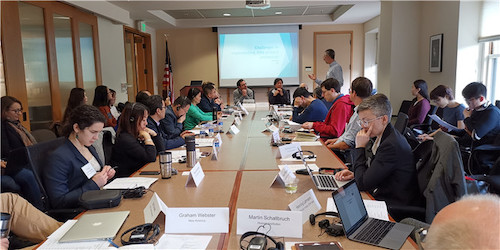 On the morning of February 28, the Round Table Seminar on "Deep Exploration of Privacy Protection between China and the United States" was held at UCSF Mission Bay Conference Center in San Francisco. Professor Jim Dempsey, professor of the University of California, Berkeley Law School and Executive Director of the Center for Law and Technology, once again expressed welcome and gratitude to the seminar. Professor Guo Li, Secretary of the Party Committee and Vice-Dean of PKULS, affirmed the need for in-depth discussions on personal information protection and data governance, such as GDPR. Discussions can help academia and government to promote AI intelligent learning without violating privacy. In the discussion of AI, Professor Xue Jun, Vice Dean of PKULS, introduced the distribution rules of AI-induced risk problems in China at present, and questioned AI's problems in public policy of law and judicial assistance. Philip Armstrong, Director of Privacy and Regulatory Affairs of Microsoft, expressed his views on the original sin of AI development. He believed that AI should be viewed systematically and principledly from a higher strategic perspective. Zhang Xu, general manager of Jingdong Digital Science and Technology, believes that data and privacy management should isolate people as much as possible to reduce human risks and errors. In the aspect of face recognition, Professor Zhang Ping of PKULS expressed his concern on face recognition technology, believing that face recognition technology may bring about the infringement and abuse of personal face data. In the link of law enforcement and definition of privacy infringement, Judge Jiang Huasheng of Guangzhou Intellectual Property Court introduced China's judicial practice in dealing with privacy infringement, while Audrey Plonk, a researcher from Intel Corporation, expressed the concern of enterprises on this issue from the perspective of compliance. In the afternoon of the same day, the participants of the seminar visited TrustArc Company, a world-renowned privacy compliance assessment institution. The two sides had extensive and in-depth exchanges on the standard setting and data processing of the privacy assessment system. 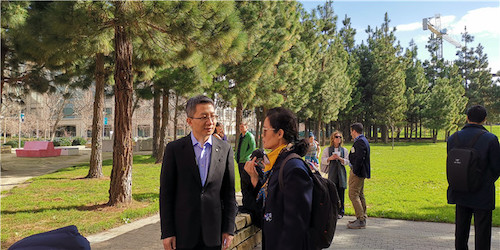 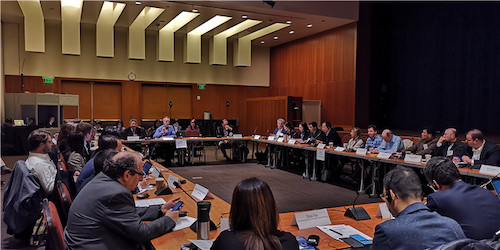 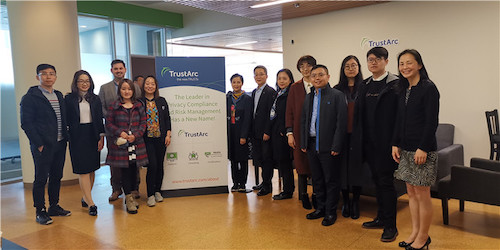 On March 1, the seminar on "Privacy and Cyber Security Framework: Cross-border Alliances and Compliance between China and the United States" was held at UCSF Mission Bay Conference Center in San Francisco. At the seminar, Professor Guo Li of PKULS and Professor Robert Merges, a renowned scholar of the University of California, Berkeley Law School attended the seminar and made opening speeches. The seminar also attracted many well-known American enterprises and institutions such as East-West Institute, American Information Industry Agency, Chain Rui Company, New American Foundation, Invitae Company, Federal Trade Commission, Greenberg Traurig International Law Firm and so on. At the meeting, the parties fully expressed their views on corporate data compliance governance, federal and state privacy and data legislation, and how to deal with the challenges of GDRP in Europe, and launched a heated debate in the question-and-answer session. At the closing ceremony of the seminar, PKULS and the University of California, Berkeley Law School jointly held a brief and solemn closing ceremony for all the participants of the seminar. Professor Guo Li, Secretary of the Party Committee of Peking University Law School, Assistant Dean and Director of Foreign Affairs Office, Professor Li Yuanyuan, Executive Director of Law and Technology Center of University of California Berkeley Law School, Professor Jim Dempsey and Professor Robert Merges of University of California Berkeley Law School delivered speeches at the graduation ceremony and presented completion certificates and took photos with the students of the seminar. 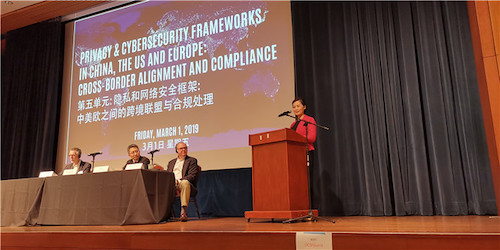 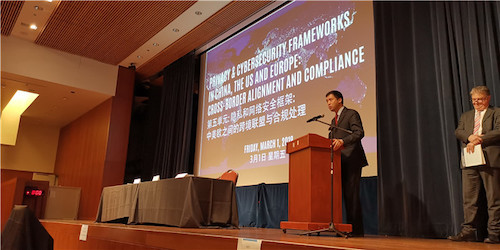 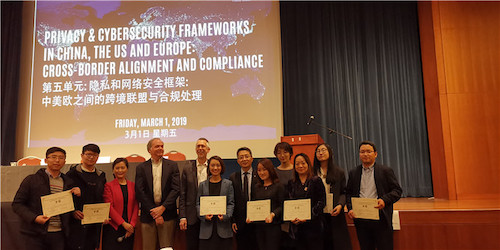 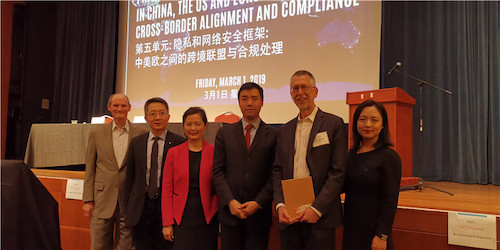 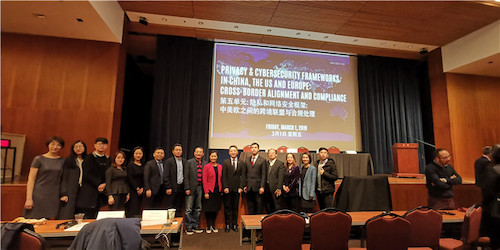 This international seminar is an important innovation and bold attempt of PKULS in high-end training and international cooperation. In line with the tide of the times and the needs of serving the society, PKULS will continue to take root in the cultivation of high-end talents, tap in-depth advantages of resources, work closely with world-renowned universities, launch more top-notch professional, cutting-edge, global hot research courses, and strive to cultivate more top-notch domestic and international first-class transnational talents.