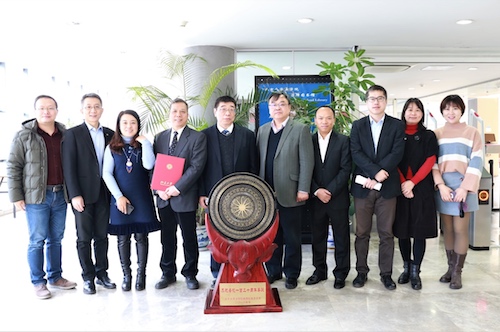 First of all, Pan Jianfeng,the Dean of The Law School and Liu Xi, President of law branch of Guangxi Peking University alumni association jointly unveiled the bronze drum donated by Guangxi alumni to commemorate the 120th anniversary of the school. 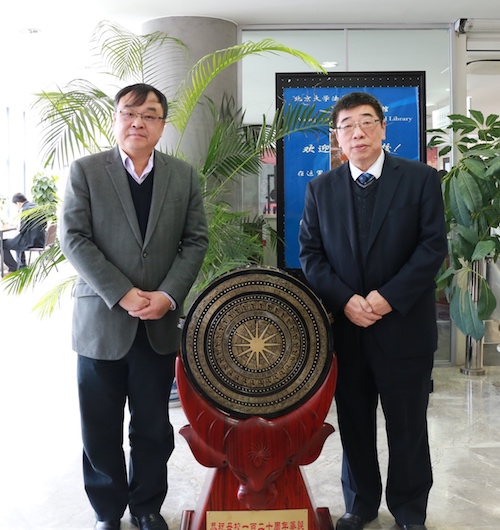 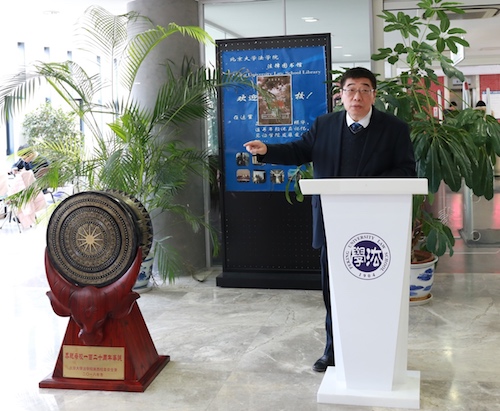 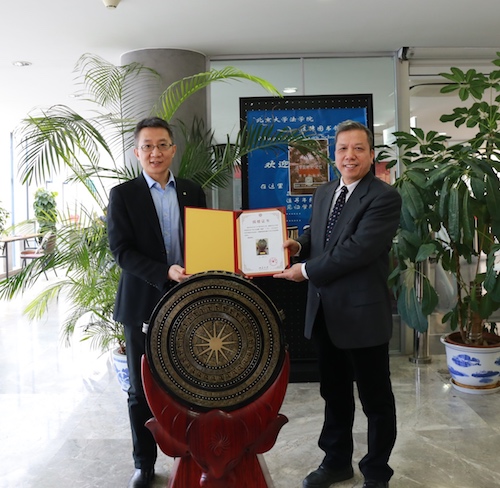 Afterwards, President Pan Jianfeng expressed his heartfelt thanks to the Guangxi alumni and warmly welcomed them back to Peking University and Law School.He said that in recent years, the Law School has made great achievements ,such as in talents cultivation, academic research , national legal construction,which were inseparable from the hard work of all the teachers and students in the school, as well as the positive attention, gratitude and suggestions of all the alumni.The donation of "tonggu" by Guangxi alumni to the law library of Peking University will inspire the teachers and students to carry on the past and forge ahead.

Finally, all the participants took a group photo and the donation ceremony ended in a sweet and warm atmosphere . 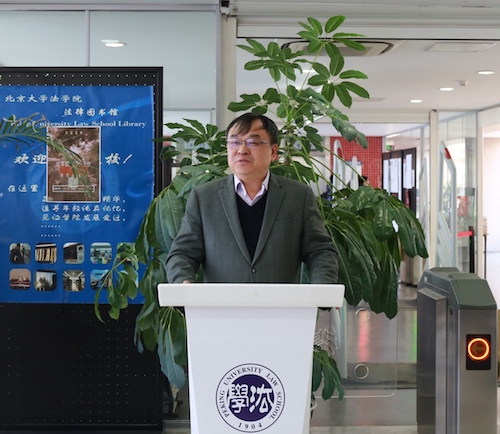 As serial activities of the celebration of the 120th anniversary of Peking University Law School , alumni souvenir donations expresses alumni’s sincere heart to Peking University and Law School, which also enriches the cultural connotation of Law School, further gathering the strengths of alumni and contributing to the continuous extension of alumni friendship and to the development of the Law School as well.