You are here： Home» News» Global» The Symposium on "Fangda-Chinese and Foreign Law" and "Social Governance, Social Organizations and Social Innovation: Legal Perspective" was held successfully.

The Symposium on "Fangda-Chinese and Foreign Law" and "Social Governance, Social Organizations and Social Innovation: Legal Perspective" was held successfully.

On January 5, 2019, the Editorial Department of Sino-foreign Law and Shanghai Fangda (Beijing) Law Firm jointly organized a seminar on the theme of "Social Governance, Social Organizations and Social Innovation: Legal Perspective" at the Academic Presentation Hall of (Leo) Koguan Building, Peking University. More than 30 social law experts from all over the country gathered to discuss issues related to social governance. The opening ceremony of the forum was presided over by Jin Jinping, associate professor of Peking University Law School. Prof. Ye Jingyi and Prof. Che Hao of Peking University School of Law delivered speeches in turn. 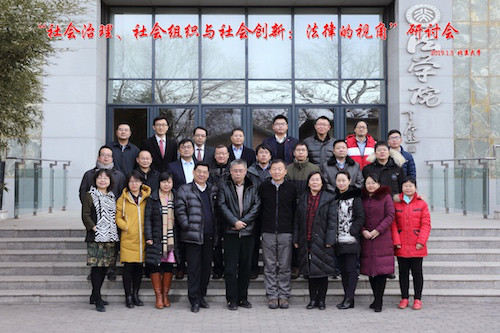 This unit focused on "social governance through social organizations". Jin Jinping put forward the concept of "social property right". She believed that social property right is the third property right which is different from public property right and private property right. It is a property right which separates control right from residual interest claim right. Social property rights should become the basic category of social law to remedy the defects of property rules under public property rights and private property rights. Yu Shaoxiang thought that the social benchmark law is the core content of social law, which is characterized by not excluding the role of arbitrary norms of private law, embodying rights by norms of obligations, and inclining to the weak in society. Its implementation needs the active action of the state, which implements the system of combining compensation with punishment in legal liability, and the litigation and compensation are limited to a certain extent. Ma Changshan proposed that in the era of wisdom governance, it is necessary to promote the balance of empowerment in the hub structure, the exploration of system in double space, the full participation in grassroots governance and the organizational expression in social struggle, and then to promote the innovation of social organization system by establishing new governance ideas, enhancing governance empowerment and shaping citizen character, and to build a new social governance order in the era of wisdom. Ding Yi believed that as a way of social organization governance, vague governance has a series of characteristics, such as ambiguous intention, ambiguous responsibility, ambiguous identity and ambiguous performance, and embodies as a situational governance, which is embodied in progressive trial-and-error governance and decentralized governance with administrative contracting system as the core. On this basis, its validity and limit are discussed, and the problems that need to be paid attention to during the process of legalization transformation are put forward. This unit focused on "social organizations from the perspective of social governance". Li Fang first pointed out the problem of the classification system of non-profit legal persons in the General Principles of Civil Law, and then thought that the key to solving the problem was to construct a double-layer structure of the classification system of non-profit legal persons composed of general non-profit legal persons and public welfare legal persons, which could solve the dual management and tax preference problems of non-profit legal persons. Ma Jianyin pointed out from the angle of legislation implementation of the Charity Law that the Charity Law failed to achieve the goal of effective supervision of social organizations, and the related supporting systems were unsatisfactory. For the legislation of social organizations, we should not only hope for breakthroughs in a certain field, but also need systematic integration. Lu Xin put forward the question of whether the development of charity should mainly depend on Supervision in order to realize the legislative purpose of the Charity Act of our country. After comparing and investigating the development of the Charity Usage Act of the United Kingdom, he believed that the development of charity in the United Kingdom was not dependent on supervision, but on giving charitable entities "privileges".

Kang Xiaoguang and Ma Changshan commented on the author’s paper from the aspects of problem consciousness, basic viewpoints and system design, and expressed their views on related issues. Kang Xiaoguang believed that it was necessary to study the effect of law from the perspective of law enforcement. In the process of implementation, the law should not only have rationality, but also take into account the interests of all parties. Ma Changshan believed that reconstructing the classification of non-profit legal persons couldn’t solve the problem of identification or dual management, at least incompletely; that the problems in the implementation of charity law, in fact, were common problems in all legislation; and what kind of reference could be given to the study of the formulation and implementation of British charity law for the implementation of China’s charity law. Some thoughts were put forward. During the free discussion, Jin Jinping and others discussed the legislative defects of the Charity Law, the comparative study of China’s issues, the organizational forms that non-profit organizations can choose, and the identification of non-profit nature. 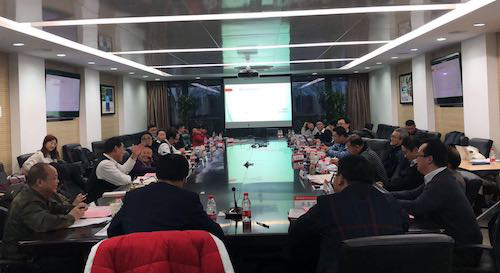 This unit focused on "social innovation from the perspective of social governance". Xu Xi introduced Najam’s "4C" relationship theory and takes the case of Chinese social enterprises as an example to put forward a new "4C" relationship model between government and social enterprises from two dimensions of goals and preference strategies, and focused on the government’s leading role under different types of relations: highlighting service role in cooperative relations, highlighting synergy in complementary relations, and highlighting support in absorption relations. The role of advocacy in symbiotic relations should be highlighted. Zhao Lianhui discussed the possibility of charitable trust as a charitable organization. She believed that charitable trust actually had a very complete governance structure and property rules. Although it is not a legal person, it should be regarded as an organization. Then the problems of tax preferences and trustees in practice can be well solved. Li Dejian believed that the basic logic of legal system reform in the field of charity supervision should move from "strict control" to "effective supervision", and that the restrictive conditions for the establishment of charitable organizations and government intervention in the internal decision-making of charitable organizations must be systematically reduced. At the same time, some specific reform measures can only be effective if they are embedded in the current national governance system of China, so the next step also needs to be practical. Practical reform and key breakthroughs should be made in practice. Zhang Gaorong took the formation of the concept of "charity" in the Charity Law as an example to discuss how legal transplantation and custom affect the final legal formation through the existing legislative model. He held that legal transplantation plays a role through the interaction between experts and legislators, while custom acts on legislation through the administrative structure embedded by legislators. Promoting the optimization of legislative system can promote the organic unity of legal transplantation and custom.

Zhu Jiangang and Ma Qingyu commented on the author’s paper from the aspects of topic selection, research perspective, basic viewpoints and standpoints, and expressed their views on related issues. Zhu Jiangang believed that the relationship between social enterprises and the government is a very important issue at present, but in fact the definition of social enterprises is not very clear at present. On the other hand, the government has promoted the certification of social enterprises in practice. For the applicability of the theoretical framework to China’s reality, more detailed investigation and analysis of the actual situation is needed; and for the social research of the legislative process. It is a very good proposition, which reflects a kind of cultural conflict, as well as the institutional problems behind the cultural conflict. Ma Qingyu questioned the necessity of putting forward the concept of social enterprise, believing that how to implement it in policy is also a realistic problem; the current legislative process is still dominated by the government, scholars should actively participate in the formation of a benign interaction with the legislators; he believed that the public welfare should meet three conditions, namely, the main conditions, social resources and beneficiaries, and the participation of the public welfare field. The government’s public service functions overlap; removing the monitoring of social organizations is currently impossible to achieve, and more practical issues should be considered.