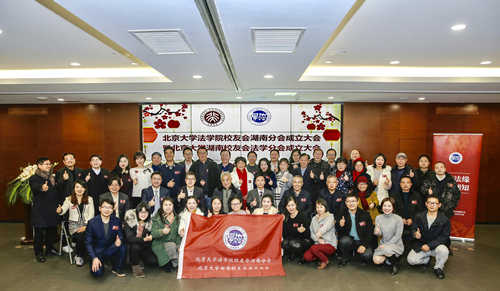 The conference is divided into two phases. The first phase was the inaugural meeting, chaired by Secretary-General Mao Ailun. At the beginning of the conference, Ms. Zou Hongyan  introduced the preparations for the Peking University Hunan Alumni Association Law Branch. She said that the preparation of the branch was carried out with the active assistance of the leaders and teachers of Peking University Law School, and with the help of many Hunan alumni. With the joint support of all, the branch established a preparatory group and completed preparations for liaising with alumni, completing the filing procedures and organizing the inaugural meeting. On behalf of the branch, she thanked the Peking University Hunan Alumni Association and the Law School Alumni Association for their support. 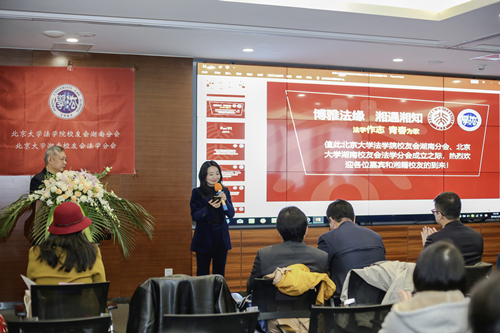 After that, the General Assembly reviewed and approved the relevant systems and rules of the branch, and elected the directors and management personnel of the Hunan Branch. Li Fengxiang was appointed as the president of the Law Branch of Hunan Alumni Association of Peking University, Yang Kaixiang, Zhang Yonghong, Yuan Aiping, Mao Ailun, Hu Zanbing as vice president, Zou Hongyan as vice president and secretary general, Huang Shiquan, Deng Ye, Xu Jing, Luo Yu, Song Ming as deputy secretary-general. 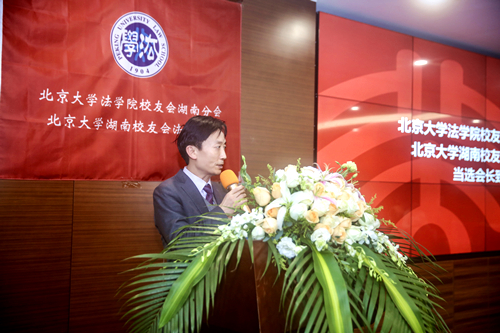 In the warm applause, the elected president Li Fengxiang delivered a speech, he first expressed a warm welcome to the arrival of law school leaders and teachers. He believed that the Peking University Hunan Alumni Association Law Branch would become a new, warm and active organization for the legal people in the north of Hunan, and become a bond and bridge for alumni to exchange, learn from each other, support each other and care for each other. College alumni continue to make their due efforts and contributions to the economic construction and social development of the motherland. 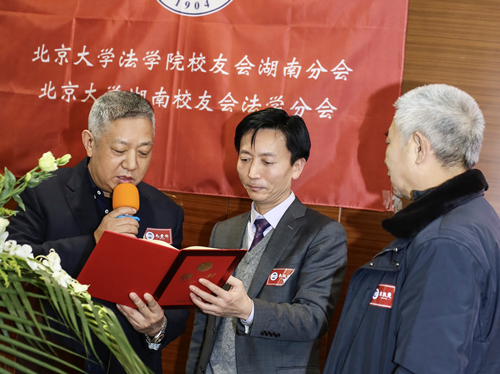 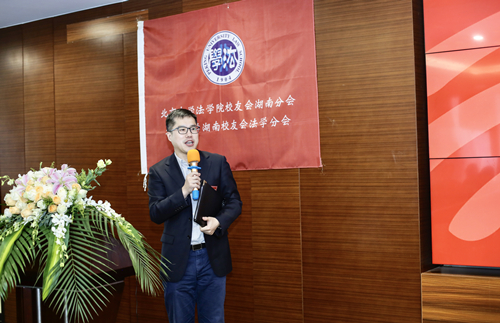 Finally, Prof. Qu Maohui, Dean of the Law School of Hunan University and President of Hunan Alumni Association of Law School of Renmin University of China, delivered a speech. He expressed his congratulations on the establishment of the Law Branch of the Hunan Alumni Association of Peking University, the newly elected president and management personnel, and hoped that in the future, the two alumni associations will be promoted to cooperate closely, unite and give full play to their respective advantages. He hoped the two could make due contributions to the country's economic and social development, to the country's rule of law, and to the rule of law on the land of Hunan. 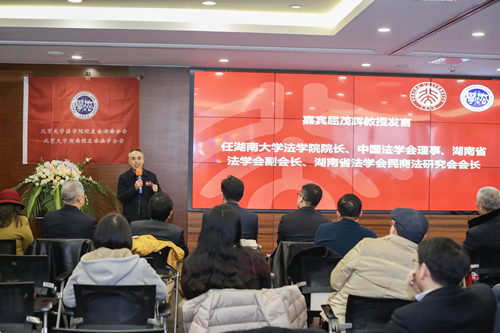 After the inauguration of the conference, it entered the "Yannan Law Forum" stage and was hosted by alumnus Zou Hongyan. Prof. Zhan Zhongle focused on administrative public interest litigation as an important institutional innovation and case analysis, and shared with them the problems and challenges that may be encountered in administrative public interest litigation. From the perspective of constitutional law, Prof. Chen Duanhong has considered and discussed the existing system of China and the state of constitutional implementation. The reports of the two professors were profound, with unique insights and wonderful content, which set off the climax of the meeting. 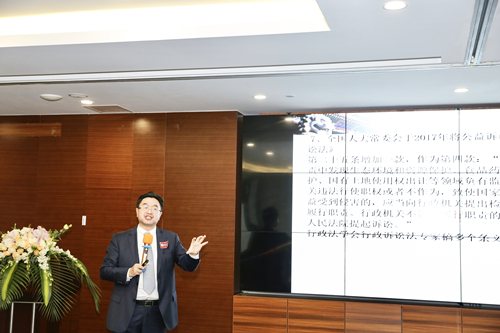 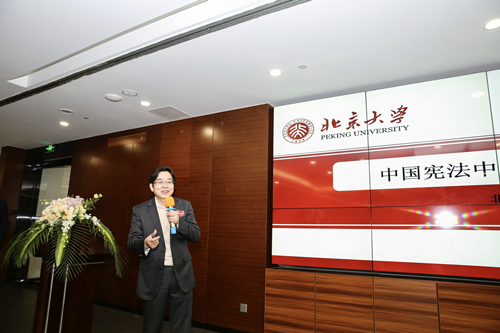 After the academic report was over, under the guidance of the moderator, Prof. Zhan Zhongle, Prof. Chen Duanhong, and alumni representatives Li Fengxiang, Deng Ye and Xu Jing held a roundtable forum as a talker. Several guests brought together a high-quality academic feast, and the forum was successfully concluded with the warm applause of all alumni. 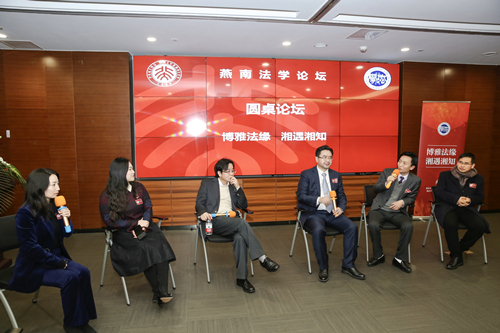 The establishment of the Law Branch of Peking University Hunan Alumni Association has established a platform for the Alumni of Hunan to communicate, exchange experiences and enhance friendship. It also laid a good foundation for strengthening the relationship between alumni and alumni , schools and colleges. The foundation is of great significance for carrying forward the glorious tradition of Peking University's patriotism, progress, democracy and science, contributing to the construction and development of the alma mater and its law school, and contributing to the country's modernization drive.