On December 8, 2018, the fifth National High-level Forum on Legal Education was successfully held in the Koguan Building of PKULS. Many experts and scholars from more than 20 law schools attended the meeting.

This year is the 40th anniversary of Reform and Opening up, and it is the 120th anniversary of Peking University. Under such a historical background, the theme of the fifth forum is "the 40 years of Reform and Opening up and the development of law undergraduate education." The participating experts made in-depth exchanges on the curriculum reform, internship and thesis, and evaluation and motivation of law undergraduate education. 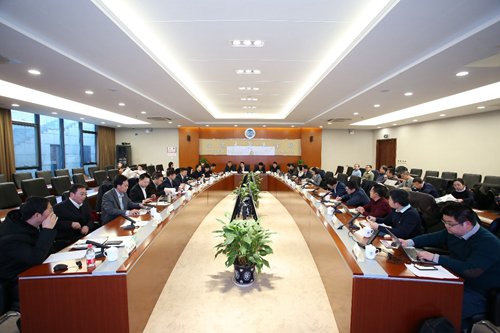 Che Hao, The Deputy Dean of PKULS hosted the opening ceremony. Liu Jianbo, Deputy Director of the Department of Education of PKU, on behalf of Peking University's Ministry of Education, Pan Jianfeng, Dean of PKULS, expressed his sincere welcome to the guests. Yang Zongke, a distinguished alumnus of PKULS and president of the Northwest University of Political Science and Law, gave a keynote speech and expressed his gratitude. 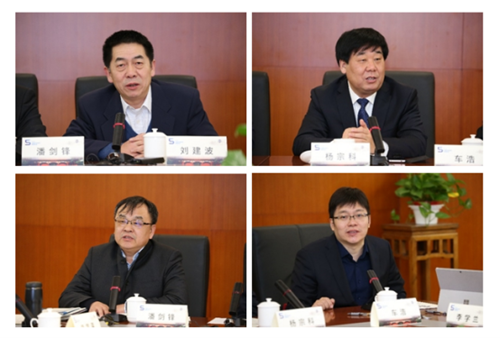 The first topic is the curriculum and reform of law undergraduate education. Pan Jianfeng, Dean of PKULS, introduced the reform of basic class, special class, practical class and English classes at PKULS. Du Huanfang, Deputy Dean of the School of Law of Renmin University of China, talked about the limitations of the curriculum. Chen Jingchun, Director of the Academic Affairs Office of Northwest University of Political Science and Law, proposed that the main contradiction of law practice teaching exists between the enrollment scale and limited resources, as well as the new opportunities brought about by informatization construction. Wang Qi, Dean of Hainan University Law School, proposed a curriculum for localization needs. Shen Shouwen, Deputy Dean of Yunnan University Law School, emphasized the importance of teachers. Guo Beibei, assistant to the Dean of Zhongnan University of Economics and Law, introduced the case teaching method. Associate Professor Fang Le, as a teacher representative of the Nanjing Normal University Law School, proposed that the curriculum should consider the specific conditions of each school

The second topic is the internship and graduation thesis writing for undergraduates. Lin Wei, Vice President of the Chinese Academy of Social Sciences, hoped that students would begin to study and write papers at the undergraduate level. Peng Yue, Deputy Dean of Nanjing University Law School, proposed that the defense of the undergraduate thesis should not be just a form. Zhang Xin, assistant to the dean of the Law School of the University of International Business and Economics, said that law school would ask students to repeatedly modify the thesis, and the law school created a system for writing graduation thesis in English. Liu Jingjing, Deputy Dean of Yantai University Law School, proposed that the time of writing the undergraduate thesis should be advanced, and the management and supervision of the thesis writing process should be reasonably strengthened without increasing the burden on the teacher.

Zheng Chunyan, Deputy Dean of Zhejiang University Law School, introduced the online court curriculum, and also proposed how the evaluation of student internships should not be in the form. Liu Zhewei, assistant to the Dean of PKULS, also had the same reflection on this issue. Li Wei, Deputy Dean of the Law School of Central University of Finance and Economics, suggested that to manage the appropriate stage of undergraduate internships, and to encourage senior students to participate in the internship. Wu Shuangquan, Deputy Dean of the Law School of Lanzhou University, proposed that the model of undergraduate and postgraduate “relay” internship can be adopted, which not only saves time, but also guarantees the continuity of work required by the employer. 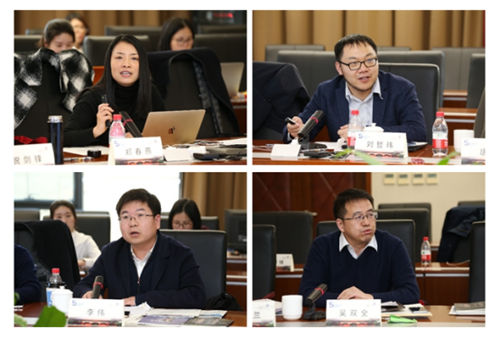 The third topic focused on the assessment and motivation of undergraduate teaching. Zhang Jianwen, Director of the Academic Affairs Office of Southwest University of Political Science and Law made a deep reflection on the current assessment work. Wang Kaobin, Deputy Director of the Academic Affairs Office of East China University of Political Science and Law, introduced some of the practices, such as inviting parents to participate in the curriculum evaluation system. Jiang Hongzhen, Deputy Dean of Koguan Law School of Shanghai Jiaotong University, called for a reasonable internal argumentation and evaluation system. Yuan Zhijie, Deputy Dean of Law School of Beijing Normal University, said that providing equal attention to graduate students and undergraduate students in order to attract undergraduates to further their studies. Shi Xueying, Deputy Dean of Nankai University Law School, put forward the opposite view. He believed that students have the ability to go to a new school to study which just shows the success of undergraduate education. In addition, he also introduced how the performance salary reform currently carried out by the school that the teacher's teaching effect is included in the evaluation system. Assistant Dean of PKULS introduced the Peking University Law Ladder Lecture recently held by PKULS, including introductory lectures, advanced lectures and advanced lectures. The closed classes of the series are open lectures that inspire teachers' enthusiasm for teaching, further enhancing the quality of the classroom and ultimately benefiting students. 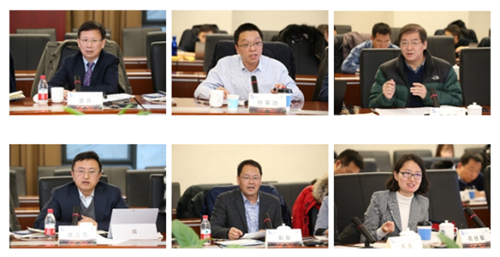 Finally, Che Hao, Vice Dean of PKULS, made a concise summary speech. The National High-Level Forum on Legal Education will continue to promote the advancement of legal education. 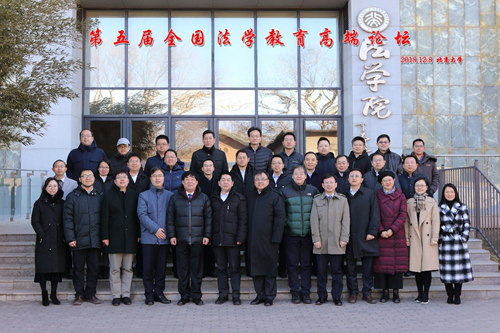