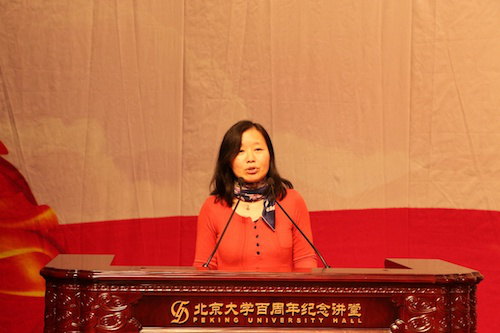 He Yuxi, a member of Peking University's Art Association for recitation, Xu Jie, a graduate student of 2018 in the Foreign languages Institute, and three Zou Bihua Scholarship winners, he Yuxi, a 2018 master's student in the Law School, and Liu Yiwei, a doctoral student in 2016, Xiong Nengzi, a 2015 undergraduate student, fell in love and recited poems by law school students. 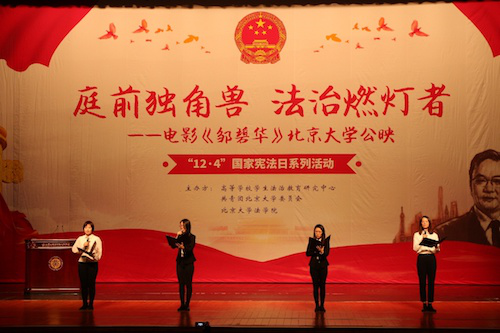 The film Zou Bihua is adapted from the living deeds of Judge Zou Bihua and tells the story of his dedication to the cause of judicial reform, showing the image of a good judge and a good cadre who are just for the people and dare to act. Through the film screen, Zou Bihua alumni worked hard, impassioned words, all affected the feelings of the viewer and nostalgia, people can not help but tears.

At noon on December 4, the legal aid association of Peking University sponsored by the Research Center for the Rule of Law Education of University students of Peking University successfully held the "in the name of constitution, engraving law in the heart" in the school law popularization activities in the north triangle of the new sun student center. The volunteers prepared the "National Constitution Day" publicity materials, introduced the basic knowledge and theory about the constitution of our country from the concept, status, content, evolution and so on, and distributed it to the teachers and students of Peking University in the past. Volunteers also organized constitutional knowledge awards competition activities, design rich links, education and fun, to attract students to actively participate. The activity also set up a legal advisory office for teachers and students in need to answer questions. Interesting games, intimate services, lovely mascots attracted the participation of many teachers and classmates, the obscure law became vivid and vivid under the explanation of volunteers. 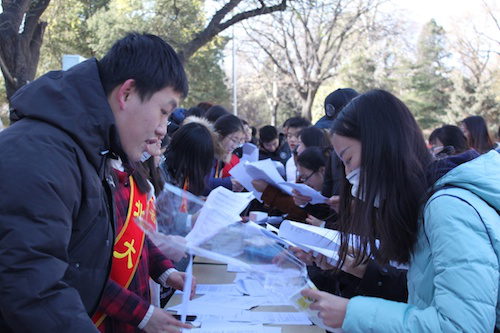 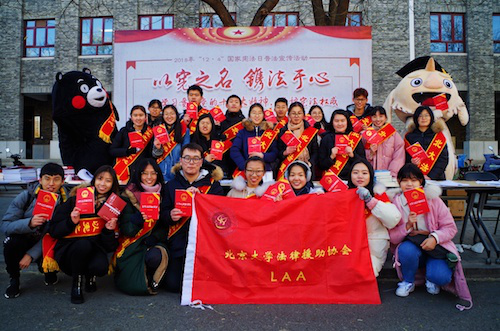 In addition to offline activities, under the guidance of the Law Education Research Center for College students, the legal Aid Association of Peking University continued to push online during the first "Constitution propaganda week". Through WeChat platform to the whole school teachers and students and the public to disseminate constitutional knowledge carry forward the spirit of the Constitution and continue to create an atmosphere of respect for the Constitution. 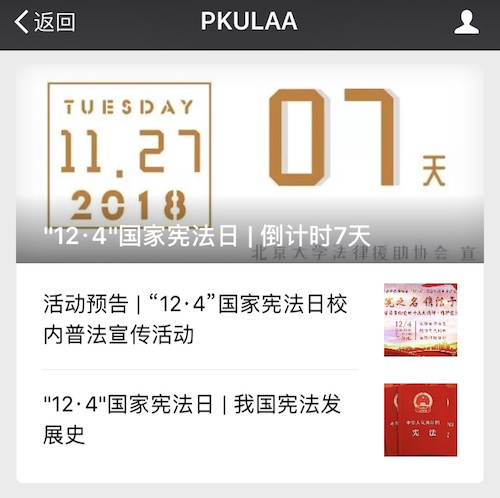 The vitality and authority of the law lies in the implementation, and the vitality and authority of the constitution also lies in the implementation. As a window for citizens to learn the knowledge of the constitution, "124" National Constitution Day has become an important support for the popularization of laws in Peking University since its establishment. Through summing up the experience of previous years and strengthening the preheating of network popularization of law, the "124" National Constitution Day of 2018 has aroused great concern and extensive participation among the teachers and students of Peking University. In the following series of activities, Peking University law popularization volunteers will attract more young students out of the campus, into the community, into the courts, will uphold the constitutional authority of the rule of law seeds sown more people's hearts!