On November 20, 2018, the 55th lecture series of academic lectures sponsored by the Institute of Comparative Law and Legal Sociology of Peking University Law School was successfully held. The lecture was entitled "Confucian Role Ethics: A Challenge To the Ideology of Individualism", which was lectured by Prof. Roger Ames. Prof. Zhang Qi from Peking University Law School presided over the lecture.

This lecture is the third time since 2001 that Prof. Roger Ames came to Peking University Law School to talk about legal theory and traditional Chinese philosophy. It is also part of the "Comparative Law Research" course of the Fall semester of Law School in 2018.At the beginning of the lecture, Prof. Roger Ames raised some key issues facing the world today. He pointed out that the development of technology has enabled many problems that were originally thought to be problems to be solved, but there have been many new predicaments that require resolution. It is not enough to rely on the ethics of Western individualism to face new dilemmas. Chinese Confucian ethics can give new inspiration to mankind. Prof. Roger Ames's research aims to provide a solution from the wisdom of the East for the human dilemma based on the intersection of Chinese and Western philosophy.

Prof. Roger Ames pointed out that there are many misunderstandings in the process of translating and expressing Chinese thoughts in the West. For example, Westerners translate "Tao" into "the Way." On the one hand, "Tao" is not a noun concept, it is a process, an ongoing practice of interpretative transmission through words and deeds; on the other hand,  "the Way" is also a vocabulary with Christianity. Therefore, “Tao” should be translated as “human way-making”. Prof. Roger Ames quoted Xin Guanglai's article as saying that these translations embody a popular situation in the comparative study of Chinese thought from the perspective of Western philosophy, that is, the framework, concept or problem consciousness used in the discussion of Western philosophy. Furthermore, with Saussure's distinction between parole and language, Prof. Roger Ames pointed out that there is also a deep-seated asymmetric cultural comparison in the research of contemporary Chinese and Japanese scholars. Modern vernacular is a language in which natural language expressions are transformed from encounters with cultural imperialism (dominant Western modernity), in which a general Western conceptual structure is unfolded, even if they are talking about their own Chinese and Japanese.

Borrowing the theory of Ge Lanyan and Tang Junyi, Prof. Roger Ames pointed out that the cosmology of traditional Chinese reflects the unique unity of traditional Chinese philosophy. There is no other world outside of the world we live in. Everything in the world does not have a higher source on its own. The world is not a "one" world, nor a "this" world, but a "world." The universe in the eyes of the Chinese is always a popular, dynamic; all the affairs of the universe are only a process, and there is no fixed body outside of this process as its supporters.

Finally, Prof. Roger Ames explained the meaning of "Confucianism." He first pointed out that "Confucius" is a misleading concept. Confucianism is not just a personal idea of Confucius, nor a kind of doctrine. On the contrary, Confucianism is an intergenerational inheritance and practice of cultural heritage, relying on the complex network relationships between family members and the primary moral requirements of this tradition that are closely related to it. Interpersonal relationship presents a "focus-field" pattern, which is holographic, procedural, relational, and gerund. Moral requirements include “filial piety”, “propriety”, “benevolence”, “Tao” through “virtue” and “moderate”. They are not external, imposed on people, but internal and endogenous. 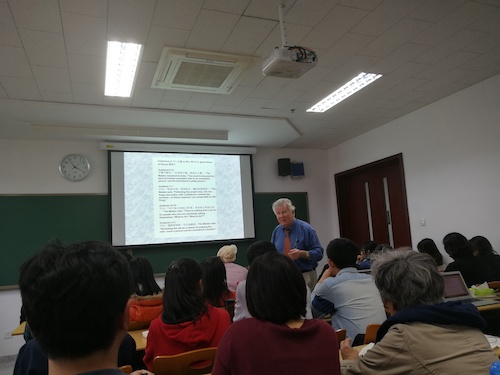 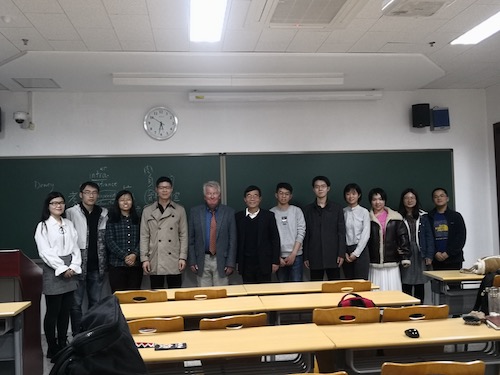