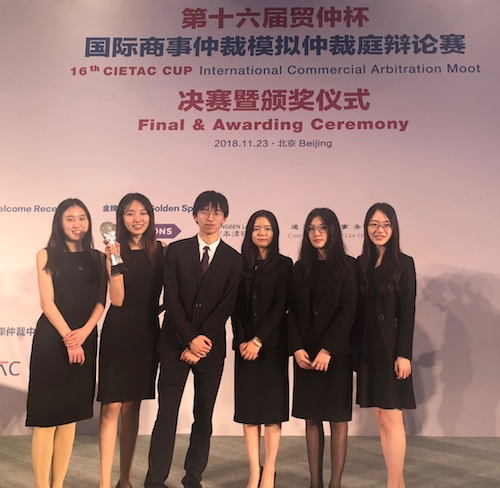 The team consisted of Zhang Jiaqia, Wu Yuyang, Zhu Zilin, Sun Xiaohan, Yu Yang, and Dong Chen. Gao Wei, an associate professor at Peking University Law School, served as the teacher. Before the game, the players carried out a tight and full preparation, which greatly improved the capability of legal search, book writing and oral debate. During the five-day competition, the players successfully entered the knockout stage in the four rounds with excellent performance and finally won the runner-up. This is inseparable from the strong support of Peking University Law School for international simulation arbitration events, the instructive guidance of the instructors, and the support and help of previous members. It is a full affirmation of the hard work and high level of all participating players. 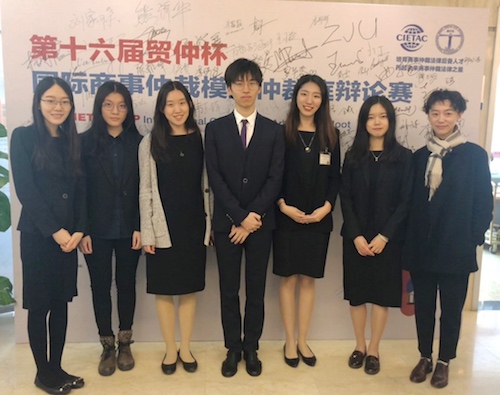 The CIETAC International Commercial Arbitration Moot Arbitration Competition is a Pre-Moot officially registered in the mainland by Willem C. Vis Moot, founded in Vienna in 1994. It is an annual simulation arbitration based on mainland China for students from law schools nationwide. The competition is also the world's first Pre-Moot by Vis Moot. The champion and runner-up will receive financial and economic assistance to participate in the international competition held in Hong Kong and Vienna in April next year. The Peking University team has achieved great results in the international competitions of previous years. I wish the Peking University Law School to make persistent efforts in next year's competition and achieve better result.