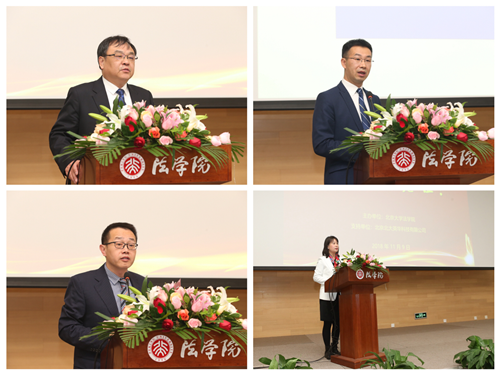 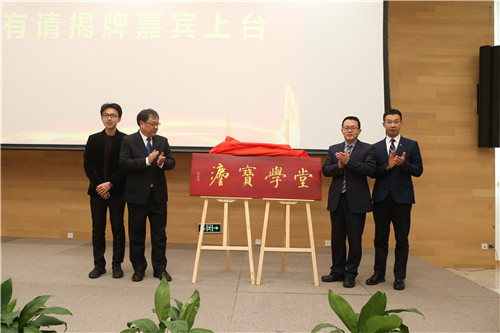 As a future-oriented online platform for intelligent legal education, Fabao School of Peking University was deeply concerned by law students. The inscription of "Fabao School" was the selection of the calligraphy works by the students in the school. The works of four students, Shen Lintong, He Yuxin, Li Jiaying and Liu Jiawei, from Peking University Law School, were shortlisted. Dean Pan Jianfeng presented awards to the winners. Shen Lintong, as a student representative, delivered a speech and shared his gratitude for Peking University in his title creation.

Professor Jiang Su, a representative of the Faculty of Law at Peking University Law School and deputy director of the Legal Artificial Intelligence Laboratory/Research Center, believed that under the current situation, big data artificial intelligence had an important impact on the entire legal industry, legal education and legal research. Peking University Law School should take on the task of the times and create its own law education.

Wu Jiangshui, deputy director of the Corporate Legal Advisory Committee of the All-China Lawyers Association, and Ms. Bai Lili, the editor-in-chief of APP “Dedao”, said that relying on the convenient way of artificial intelligence to cultivate practical legal talents was the future trend. They also combined their years of experience to provide professional advice for the development of Fabao School of Peking University. 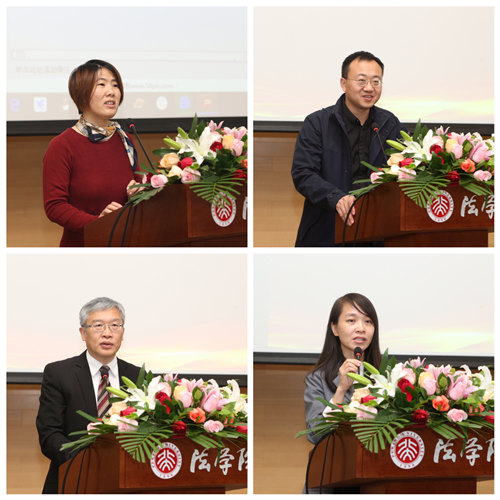 Nowadays, science and technology are advancing with each passing day. Modern information technologies such as the Internet, big data, and cloud computing have profoundly changed the traditional educational concepts and learning methods, and profoundly demonstrated the prospects for future educational development. In line with the development of information technology and promote education reform and innovation, Peking University Law School established Fabao School of Peking University, based on the principle of “unified development concept, deep integration of resources, and promotion of social benefits”, in accordance with the combination of teaching and research and physical operations. The combination of knowledge application, online and offline education, the combination of on-campus and off-campus resources, and the combination of economic and social effects, together with Peking University Yinghua Co., actively promote the integration of information technology and education, and jointly explore new wisdom and education.

The opening ceremony of the Fabao School of Peking University and the Wisdom Law Education Forum were successfully held. Subsequently, the first phase of the Fabao School of Peking University, the Corporate Legal Affairs Forum, was launched. The theme of the forum revolved around the enterprise contract management and legal risks, the ideas and methods of solution design, and the ideals and reality of the management system.