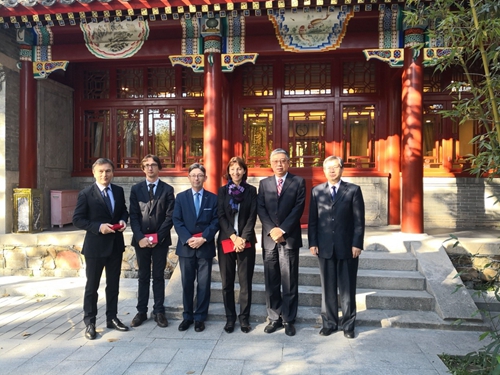 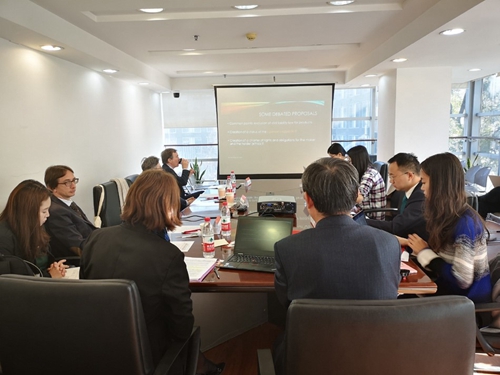 During the discussion session, the Ph.D. students and master students at the conference were very enthusiastic about the fears brought about by new technologies, the spiritual rights of machines, the rights related to artificial intelligence entering the public domain, how traditional laws explain new problems, and whether they can use market substitution theory to distinguish between the ideas and expressions in the copyright law, and they had deep discussions with the present scholars. Finally, Professor Liu Yinliang made a concluding speech and expressed his gratitude to the participants. He hoped to strengthen cooperation with research institutions such as Toulouse I University in this field and exchange gifts with visiting experts from Toulouse I University.

After the seminar, the participating experts and some students visited the campus and took a group photo. 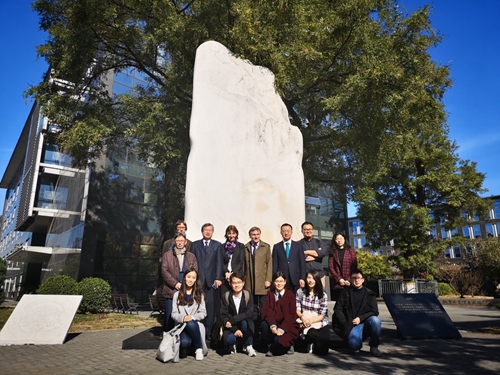 Participants and some students took a group photo