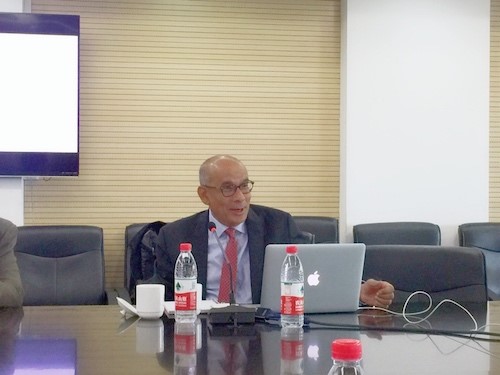 After the lecture, the students raised some questions including how to treat today's "colonialism", the legitimacy of regional "international law", and how third world countries contribute to changing international law. Prof. Antony Anghie responsed   to these questions one by one. Finally, Prof. Li Ming presented a souvenir to Professor Antony Anghie on behalf of the Institute of International Law of Peking University and took a group photo.