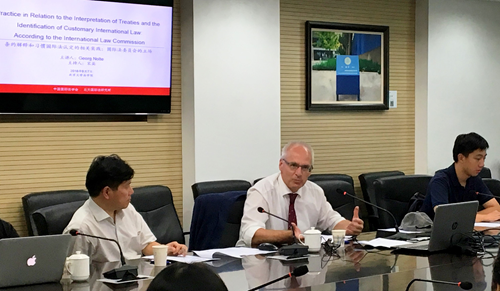 Finally, Professor Nolte introduced his topic “Treaty Interpretation” as Special Rapporteur. He believes that treaty interpretation is not a mechanical process, it is an art, not a science. Even if the interpretation of the treaty is both art and science, this art is by no means purely free will. Article 31 of the Vienna Convention on the Law of Treaties sets out the five elements to be considered in the interpretation of the treaty: the text of the treaty itself, the context including the preamble and annexes, the purpose and purpose of the treaty, and subsequent agreements and subsequent practice. Professor Nolte believes that treaty interpretation is an inseparable integrated process, and all five elements must be considered. Experts in international law must be convinced that there is a single interpretation of conclusions under certain conditions. This conviction is not just a verbal claim, but a treaty interpretation is not just a word game. He highlighted the definition of the subsequent agreement and subsequent practice referred to in the fourth conclusion of his report. He pointed out that the country-centered path is embodied here. Although the subjects of international law are becoming more diverse, the Special Rapporteur still adopts a more conservative attitude here. The conclusions of the “Identification of Customary International Law” report are similar. They advocate that customary international law consists of two elements: state practice and legal conviction, and mainly focuses on the practice of the state, while also taking into account the practice of international organizations to a certain extent. Professor Nolte also pointed out that the word "identification" is considered from the perspective of a judge. While the dynamic dimension of the “formation” of customary international law is equally important, it is a dangerous practice to use the “trend” of international law for argumentation. The word “trend” means that the future will be formed, but we cannot predict the future of international law. 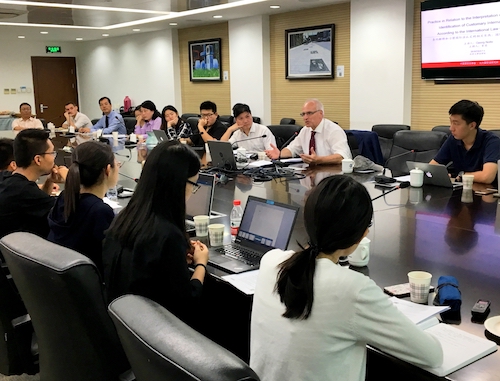 In the on-site question and communication session, the teachers and students participated in the “Future Trend of the International Law Commission Issues”, “The Impact of Non-Governmental International Organization Practices on the Identification of Customary International Law and Treaty Interpretation”, and “National Practice in the Process of Identifying Customary International Law”. The double calculation of materials (double counting, the same material is regarded as both national practice and legal conviction) has been actively questioned and commented. Professor Nolte answered them one by one and had a heated discussion with the teachers and students.