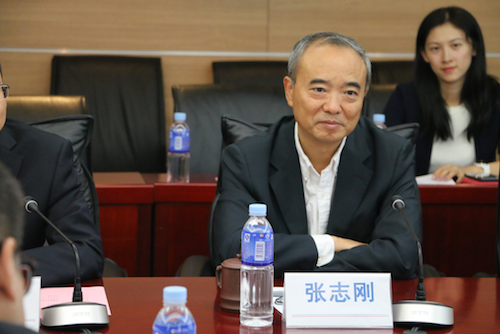 In his speech, Dean Pan Jianfeng expressed his heartfelt thanks to Peking University Law School for his kind invitation to Cinda Securities and congratulated the two parties on the establishment of the teaching practice base. Dean Pan Jianfeng expressed his high expectations for the upcoming cooperation between the two sides. He hoped that in the future cooperation, the practice teaching base will become an important platform for both sides to play their resource advantages and realize resource sharing and mutual benefit. 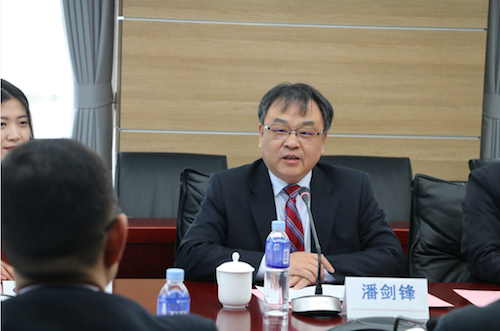 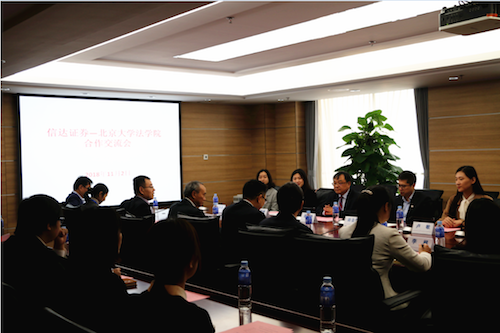 After the exchange meeting, the opening ceremony of the Peking University Law School and Cinda Securities' teaching practice base was officially started. The unveiling ceremony was hosted by Xu Kefei, deputy general manager of Cinda Securities. After the ceremony began, the leaders of both sides jointly unveiled the nameplate. 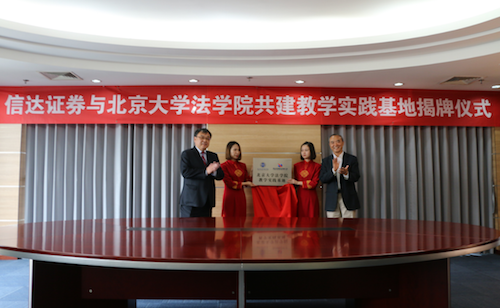 After the leaders of both sides unveiled the nameplate, the participants took a group photo together. Since then, this event had come to a successful conclusion. 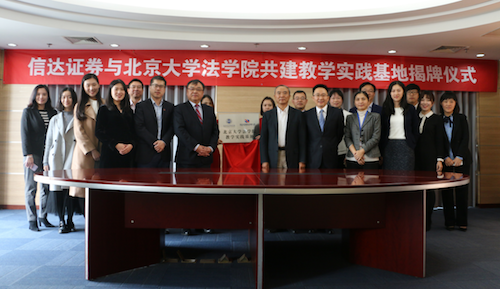 Peking University Law School and Cinda Securities will jointly build a teaching practice base, which will further enrich the teaching practice base system of Peking University Law School, providing students with a higher platform and broader choices. This will help the college to comprehensively and effectively understand the demand for talents in the financial industry, to help the college to accurately cultivate high-quality legal applied talents, and to facilitate the exchanges and cooperation between the legal theory community and the legal practice community.