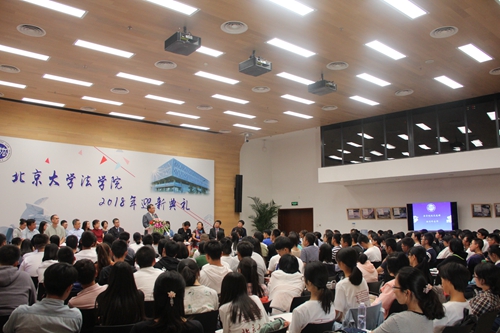 At the Welcome Ceremony of the JD and LL.M. on September 14th, Teacher Lou Jianbo delivered a speech as a teacher representative. He extended a warm welcome and congratulations to all the freshmen present, and pointed out that as a legal person at Peking University, students must adhere to their beliefs and sense of responsibility. In the end, he encouraged the students not to forget their initial thoughts, and often read their "book of life" in the law school, and went to the future. 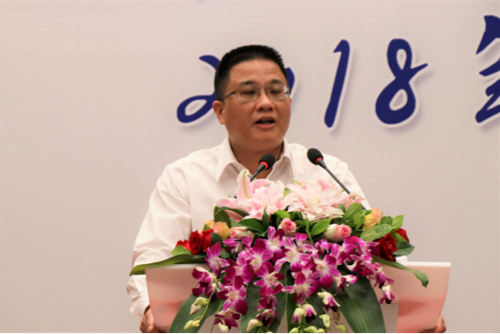 Dr. Xiao Yineng, a 2015 JD, gave a speech on behalf of the students. He shared his five years of study as a legal person at Peking University. He hoped that the new students would cherish the rich learning resources provided by Peking University Law School and encouraged everyone to think and study diligently. 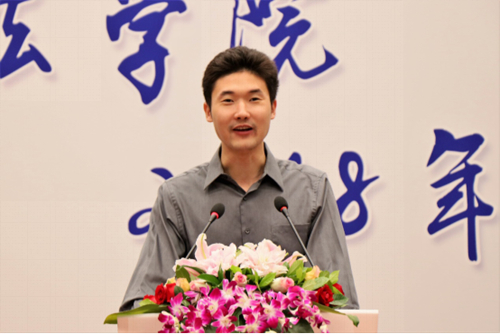 Ali, the 2018 LL.M of Chinese Law Program, a student from Pakistan, spoke on behalf of the new student. He said that he was very honored to study law at Peking University. He would concentrate on studying in the good academic atmosphere of Peking University Law School. 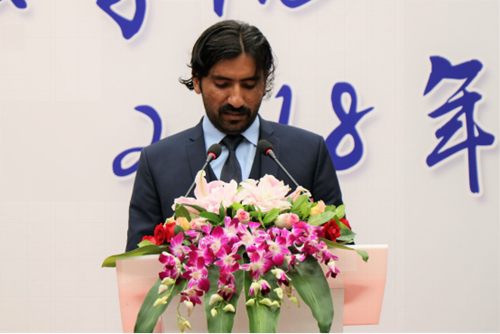 At the Undergraduate Orientation Ceremony on September 15th, Teacher Cao Zhixun delivered a speech as a teacher representative. Once as a student of Peking University Law School, Mr. Cao encouraged the students to plan their studies, career and life during the university. He hoped that the students would become true Peking University students as soon as possible. 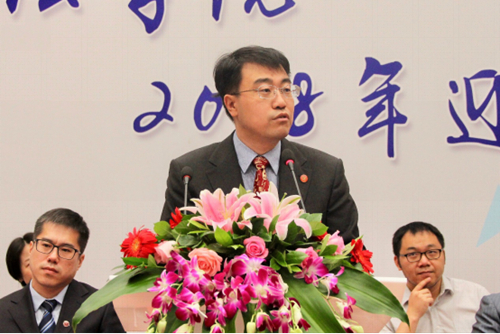 The 2016 undergraduate student Zhao Xianfeng spoke as a representative of students. She shared her three insights in the life of Yanyuan and Law School: to be an explorer, to develop life and freedom; to be a follower, to take care of humanity and to pursue the light of reason; to be the helm of life, to grasp the direction of life, experience a broader life. 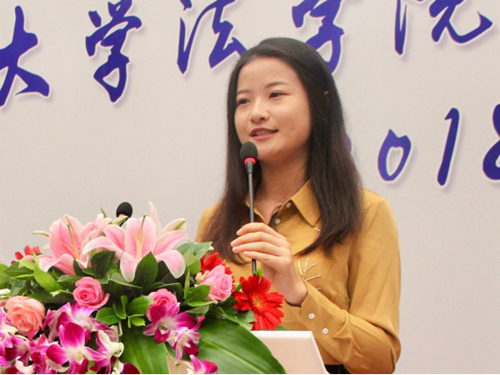 Shi Xiaoqi, a 2018 undergraduate student, spoke as a freshman representative and shared his thoughts on choosing law. He believed that the choice of law is to choose justice. He hoped that every new student could shoulder the responsibility and responsibility of the legal practitioners of Peking University for generations. 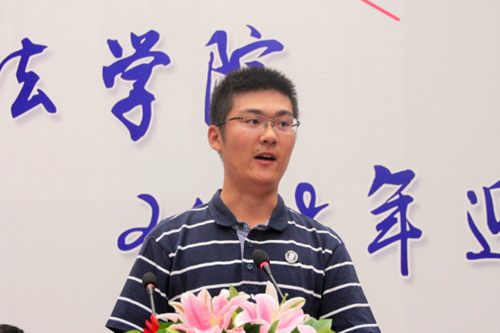 At the Law Masters Welcome Ceremony on September 16, Mr. Zuo Yilu delivered a speech as a teacher representative. Mr. Zuo shared his experience with the students in the student era. He wished everyone to gain the knowledge and human temperature at Peking University Law School. He hoped that the students would participate in group activities and exercise more and develop a good habit of self-discipline. 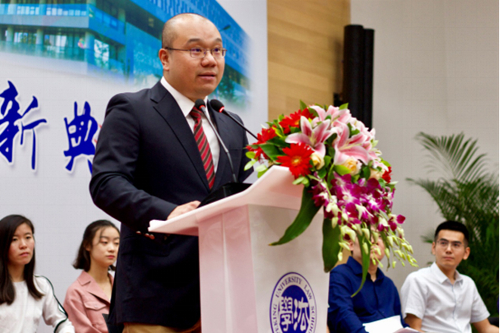 Yang Xiongjian, a 2016 law master, spoke as a student representative at the school. Yang Xiongjian hoped that the new students would clear their life goals and make a good life plan. At the Peking University Law School, where they can see the world, remember the feelings and responsibility of their home country and harvest their own happy future. 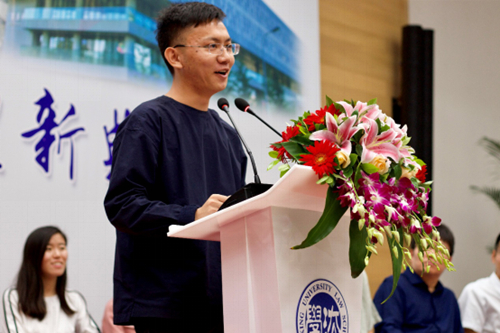 Chen Liuyin, a 2018 law master, spoke as a freshman representative. She said that she will enter the Yanyuan with her shackles and will be full of enthusiasm for the discipline of law, find the right direction for herself as soon as possible and strive to achieve her goals. 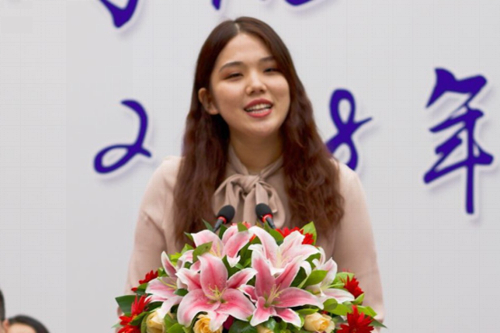 At the end of the three ceremony, Dean Pan Jianfeng delivered a speech. With the title of “Knowing Peking University, Knowing Yourself, Healthy Living, and Happy Growth”, Dean Pan Jianfeng asked undergraduate freshmen to adapt to university life as soon as possible, adapt to the rhythm of law learning, and live healthy and happily in Yanyuan. Under the topic of “Academics and Scholars” he hoped that the LL.M. and Ph.D. students will strictly abide by academic norms, pragmatically study, and conscientiously study, and contribute to the construction of the rule of law in the country. With the title of “Give a little applause”, he hoped that the Master of Laws will cherish the valuable Yanyuan time at Peking University Law School. In the course of studying for the next few years, students will uphold the fine style of study, guard against arrogance, and create greater glories. Dean Pan said that no matter where they are, students should have an ideal, seeking comprehensive development, and becoming a new youth who is worthy of the times. 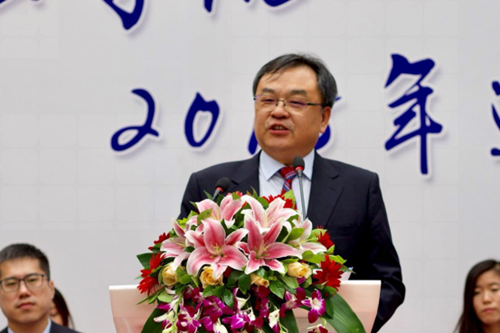 In the warm applause, the 2018 Welcome Ceremony of Peking University Law School came to a successful conclusion. The annual welcome ceremony is the starting point for freshmen of Law School to write a new chapter in the life of Yanyuan and to release their ideals. Their arrival has injected fresh blood into the college. I believe that they can demand themselves as the legal person of Peking University, respect the law and justice and shoulders the sacred mission of exploring the truth and advancing the rule of law.