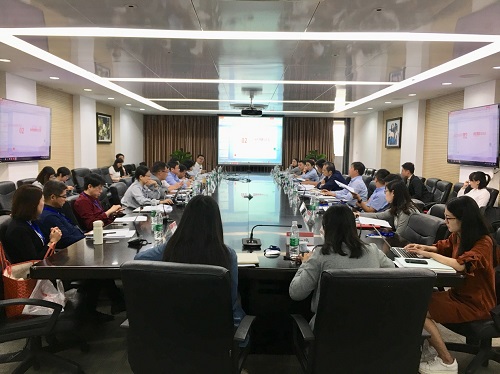 Topic 1: “The Trump Administration's Intellectual Property Policy Trends in China and Its Countermeasures 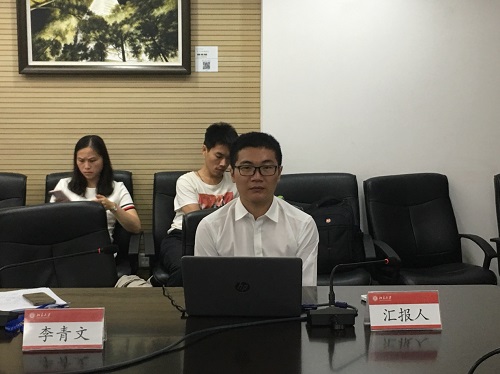 The experts at the meeting commented on the report of Li Qingwen. First of all, for the research part of the background, it is recommended to pay attention to the balance of each part, reduce the investigation and analysis of history, and correspondingly increase and update the US intellectual property policy toward China. The latest trend and analysis of the US policy toward other countries, as well as a deep analysis of the United States to China's intellectual property issues as the root cause and influencing factors of China's policy. In view of the difficulty of Trump's government behavior prediction, it is necessary to cut in many aspects and analyze multi-factors. Secondly, in the countermeasure research section, Yi Jiming pointed out that considering the essence of the Sino-US trade war and the differences in fundamental values, the two sides actually did not have the basis for negotiations. Therefore, in the response strategy part, we must fully consider the United States to the international The guiding role of society is to release positive and clear signals to the international community while minimizing the impact of trade wars in the game with the United States.

——Reporter: Central South Base  He Hua 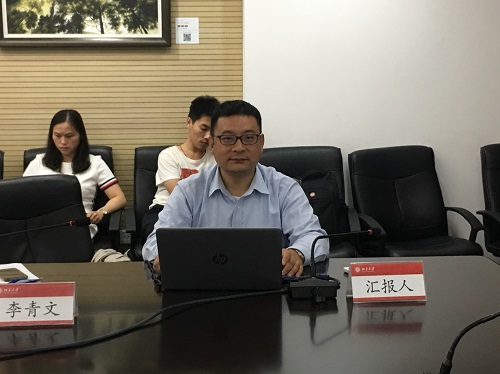 Mr. He Hua’s report includes the following sections: First, the relationship between the development of the pharmaceutical industry and public health; Second, the potential impact of the implementation of the system; Third, institutional risk and regulatory measures; Fourth, the system construction four aspects. The second and third parts have been completed, and the later work will be carried out around the first and fourth. In the report, Mr. He Hua specifically mentioned the positive effects and negative benefits of the introduction of the drug patent term compensation system. While analyzing the existing experience of the United States and other countries, it is also necessary to pay attention to the specific national conditions of China.

The experts at the meeting commented on Mr. He Hua’s report. The patent term compensation system needs to be considered from the legislative level. Therefore, attention should be paid to the corresponding program design. Research should pay more attention to science and practicality, and should make clear the actual problem. More feasible guidelines.

Topic 3: “Research on Intellectual Property Management and Enforcement System Mechanism in the Background of the New Round of Government Institutional Reform” In this report, Mr. Zhang Wei explained from the following perspectives: First, the status quo of China's intellectual property administrative system; Second, the current problems; Third, preliminary recommendations; Fourth, the post-work four levels. Through the current analysis, Teacher Zhang Wei believes that the current situation of China's intellectual property administrative system is scattered, the powers and responsibilities are unclear, and the central and local issues are inconsistent. Based on this, the following preliminary recommendations are made: 1. Identify the functional boundaries of the various departments at the same level. It is necessary to coordinate and unify; and to avoid excessive concentration; 2. Administrative management is separated from administrative law enforcement, managed by category, but forms a professional unified law enforcement team; 3. Forms a holistic system that is compatible with the central government, but must take into account the local The specific situation; 4. It is necessary to maintain coordination and flexibility, and establish an inter-departmental coordination body.

The participating experts commented on Zhang Wei’s report, pointing out that since the institutional reform in China has begun but has not yet been completed, it is actually in the process of change. The current research background should fully consider the existing changes and development. The study should focus on sorting out existing changes and published programs, while focusing more on the issue of institutional coordination after the completion of the reform. In the research mechanism, moderate adjustments can be made to consider the possibility of introducing cooperative research institutes from government departments.

Topic 4: “Research on the Separation of Patents, Utility Models and Designs” 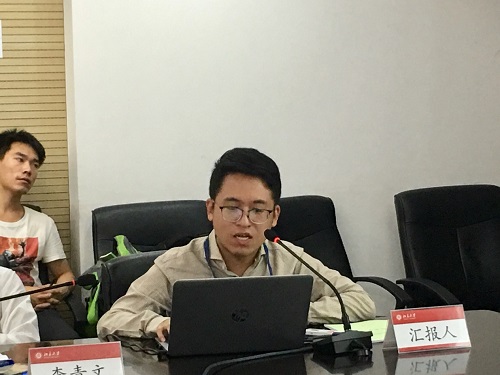 The fourth report is Zhang Hanxiong, a teacher at the Peking University Base. The theme of the report is “Research on the Separation of Patents, Utility Models and Designs.” Zhang Hanxiong’s report from the first, the Chinese and foreign patent law legislative model comparative study; Second, the legal system of the integration and decomposition of the internal law; Third, the "three methods of separation" necessity, rationality and path selection; Fourth, the late research design four levels Expand. Today's research ideas are based on multiple levels and dimensions of history, reality, jurisprudence and practice, which have effectively improved the depth of theoretical research and directly responded to real problems.

The participating experts commented on Zhang Hanxiong’s report and pointed out that in the study of the issue of separation, we should fully consider and examine the historical background and considerations of our previous “close together”, in order to combine the current realities and fully demonstrate the separation. rationality. At the same time, in the later research and investigation, more attention should be paid to the balance between the investigation cost and the scientific investigation.

Topic 5: “Research on the Connection of Execution of Intellectual Property Cases” 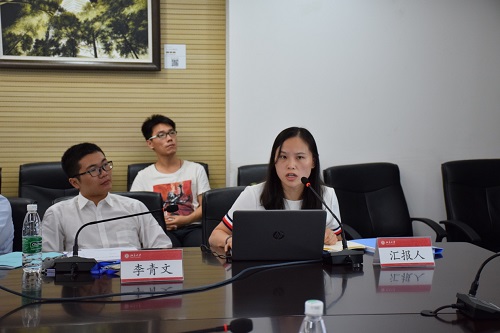 From the text analysis to the empirical research, Teacher Xie Yan’s report starts from different levels. Firstly, it analyzes the reasons why the connection between administrative law enforcement and criminal justice is difficult. It mainly considers the influence of legislation and rights division, and deeply studies the constituent elements and legal principles. The impact on the connection; secondly, the analysis of the reasons for the difficulties in the empirical analysis of different law enforcement fields, and further analysis of relevant issues through the analysis of specific cases. Through the above research, Ms. Xie Yan concluded that the problem of “difficulty in connection” is mainly reflected in the aspects of entity, procedure and supervision mechanism.

The experts at the meeting commented on the report of Teacher Xie Yan, pointing out that in the investigation, more emphasis should be placed on practical operations, focusing on practical issues, and focusing on institutional convergence and staffing. At the same time, research content should be enriched by studying local documents and policies. 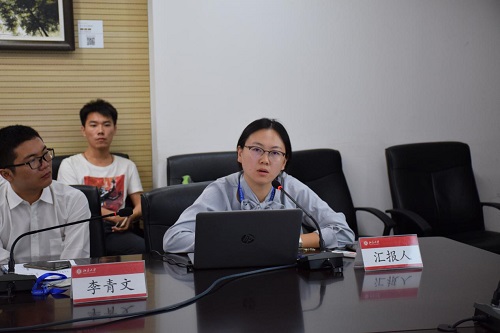 The experts at the meeting commented on Jiang Nan’s report, pointing out that in order to avoid deviations in research, attention should be paid to the limitations of the research objects, including placing trademark-intensive industries outside the scope of research and distinguishing between IP-intensive industries and technology-intensive industries. Industry and other issues. In addition, the country is currently introducing statistical standards, and research can be based on corresponding standards.

Topic 7: “Research on the Impact of Artificial Intelligence and Blockchain Technology on the Intellectual Property System” 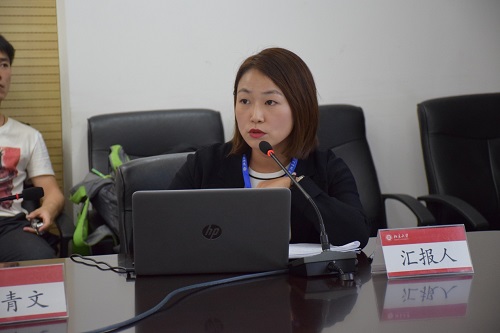 The participating experts commented on Gu Li’s report and pointed out that the impact of artificial intelligence on the intellectual property system is mainly concentrated on copyright, while trademark rights and patent rights are different. As industrial property rights that require administrative recognition, Pay more attention to the difference. In addition, the fundamental question involved in the research is whether artificial intelligence can become the main body in the legal sense and bear corresponding responsibilities. This question should be fully answered.

Topic 8: “Research on the Development of Trademark Brand Strategy” 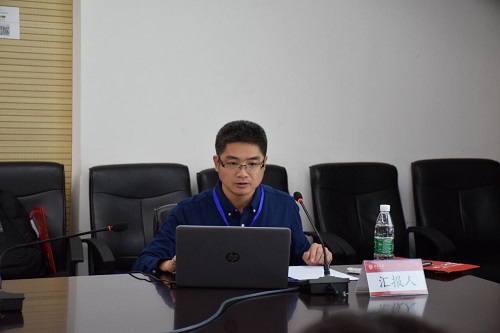 In the report, Teacher Wu Wenqing first reported the current research progress, mainly the domestic assessment and international assessment of China's trademark development. The domestic evaluation section specifically expands the research on the number of trademark registrations, the comparative study of trademark categories and the illegal law enforcement research of trademarks from two dimensions of time and space. The international assessment is mainly based on the statistics of the annual registration statistics and growth rates of a total of 45 trademarks, and a comparative study of the categories of trademark development in China and the United States.

The experts at the meeting commented on Wu Wenqing’s report, which pointed out that the data statistics and investigations in the emergence stage were well organized, but should pay attention not to pay too much attention to trademark data and ignore the specific issues such as registration quality. Research should first clarify the two basic concepts of trademarks and brands, and fully consider the current domestic and international real-world brand strategies and problems in the real world. 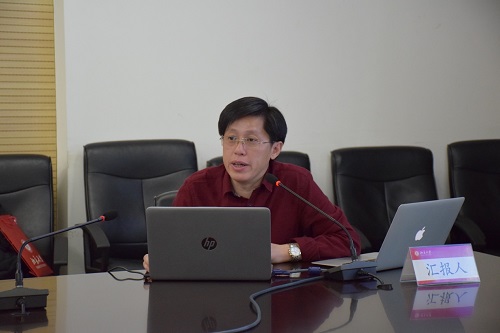 The experts at the meeting commented on the report of Teacher Yu Fenglei, pointing out that arbitration is generally based on contractual agreements, and it is actually difficult for arbitration parties to accept infringement disputes. In this study, we should pay attention to the investigation and in-depth analysis of the actual situation, and at the same time properly draw on the successful experience of foreign countries.

Topic 10: “Research on Intellectual Property Environment and Countermeasures in the Field of Aerospace Military-Military Integration” 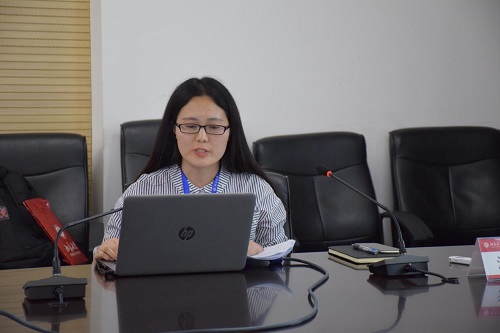 Ms. Jiao Wenhui’s report reported on the progress of the project, the results of the project and the follow-up work plan. Up to now, Ms. Jiao Wenhui has held three symposiums on research topics, invited institutions of higher learning, research institutes and military enterprises to participate in the field; conducted on-the-spot investigations on the transformation of the results of domestic research institutes and military enterprises; The problems reflected in the surveys and symposiums are analyzed through four aspects: property rights, interests, risks, and management. The paper focuses on the unclear nature of the research institutes and the project progress and results of the problems in the transformation of intellectual property achievements. Based on this, the research scope is defined as: the policy and regulatory environment for intellectual property transformation. The follow-up work plan of Jiao Wenhui is mainly to continue to analyze domestic policies and regulations and conduct comparative analysis at home and abroad.

The expert of the meeting, Ms. Jiao Wenhui's report, commented on the following suggestions: The analysis of the causes of the poor operation of the institutional mechanism should be fully analyzed, and some real-life cases can be added. Teacher Yi Jiming pointed out in particular that it is necessary to separate the right to dispose of ownership and to consider whether the “right to dispose” involved in the study needs to be replaced by the “right to implement”.

Question 11: “Research on the Construction and Management of Intellectual Property Judicial Authentication System” 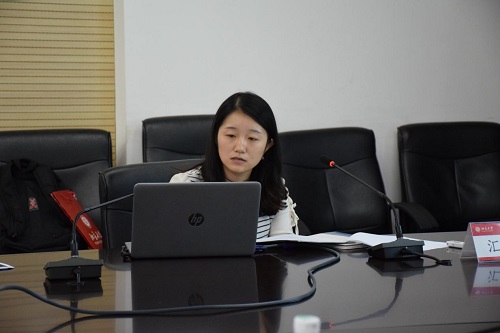 The experts at the meeting commented on the report of Ms. Li Yiwei, pointing out that the current research lacks foreign literature and comparative research on foreign institutions. It is necessary to focus on the inconsistencies in the current identification system in China, such as the background of the professional technical knowledge of the appraisers. 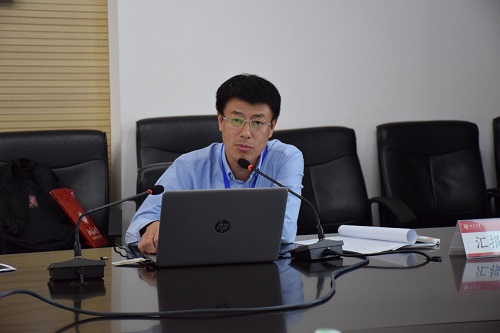 The participating experts commented on Lin Deming's report, pointing out that in the research, more attention should be paid to the local problems that emerged in practice, and the realistic path to solve the corresponding problems should be proposed by analyzing specific problems. Give practical comments, especially the implementation of specific policy areas. 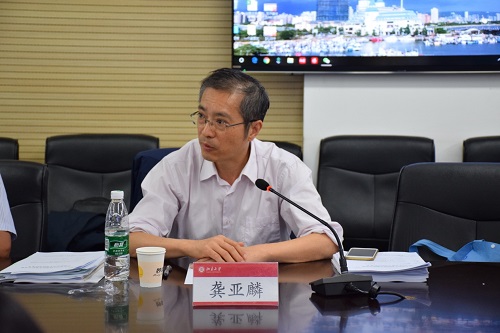