On behalf of our Law School, Dean Pan Jianfeng cordially welcomed the visiting guests and pointed out that the essence status and role of the Korea Judicial Policy Research Institute. The high-quality research and suggestions on judicial work, combining theory and practice could enhance citizens' understanding of the law. It helped the resolution of contradictions and disputes, promoted fairness and justice, and social harmony. Later, he and the participating teachers gave a detailed introduction to the situation in our hospital concerning the areas which the guest cared about.

Dean Jiang Xuanzhong expressed his sincere admiration for the outstanding contribution of Peking University Law School in China's rule of law construction and social progress, especially for the development of the school in recent years. He emphasized that establishing a friendly partnership with Peking University Law School will promote deep cooperation between the two sides, play a positive role in the legal exchanges between China and South Korea, and promote the rule of law in the two countries and the world. 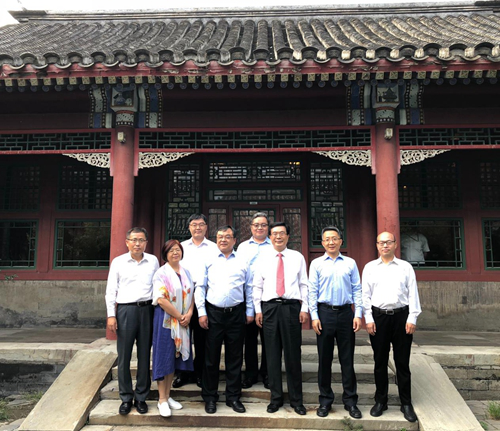 Next, the Chinese and Korean scholars and judges attending the conference had a live discussion, focused on the functions of judicial activities in the realization of the rule of law, the influence of emerging technologies (such as big data, artificial intelligence) on court judgments, and the response to legal education in a globalized environment.

In a cordial and friendly atmosphere, President Pan Jianfeng and President Jiang Xuanzhong signed a cooperation framework agreement on behalf of both parties. The agreement encourages and supports the two institutes to carry out various forms of cooperation in related fields, hold academic seminars, share research results, and promote bilateral and multi-party exchanges. 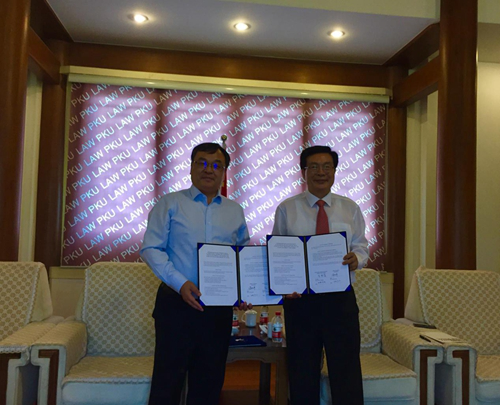 The Korea Judicial Policy Institution is a research institution under the Supreme Court of Korea. As an important think tank of the sequence of state organs, it mainly conducts forward-looking medium- and long-term research on judicial policy issues and provides a blueprint for improving the rule of law. The delegation, including the chief researcher Jiang Yongshou and Judge Jin Xuanfan, will also visit the Supreme People's Court of China and other units.