On July 28th, the fourth Nuremberg Moot Court ends in Germany. After an intense competition, Peking University team is promoted eight and wins “The Best Indictment Award”. At the same time, Jiang Wanghao, Jin Yuanyuan, Chen Xinyi wins “The Best Debater”, “Excellent Debater” of a single debate several times. This is the best achievements Peking University ever makes in this moot, and breaks a brand new ground in the area of international moot competitions for law school. 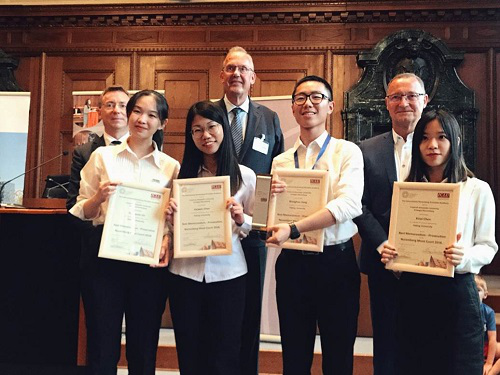 The competition attracts 119 universities from 59 countries all around the world. On the opening ceremony on 25th July, the mayor of Nuremberg Klemens Gsell, the chief judge of High Courts in Nuremberg areas Waltraud Bayerlein and several professors from University of Erlangen-Nuremberg deliver welcoming speech to the 58 teams that made into the final court debate. 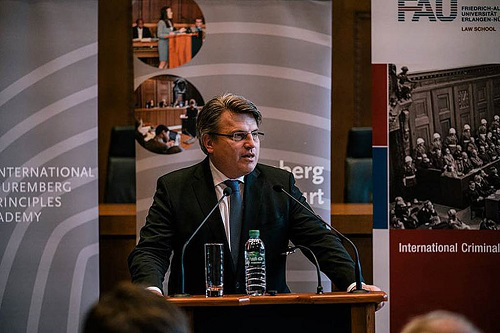 During the three–day court competition, Peking University’s team fought against England, Czech Republic, Georgia and so on, and made into the knockout wining all the points, and ran into quarterfinal, finally lost to the team from host country, University of Erlangen-Nuremberg. 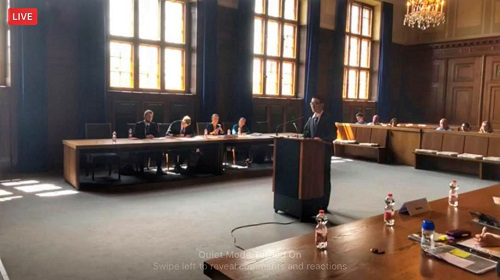 During this competition, Peking University as one of the three teams of Asia which make into the quarterfinal, together with National University of Singapore and Singapore Management University, shows fantastic legal-writing skills, debate level in the English moot court, enhancing communications with global legal talents. This excellent achievement depends on Professor Joe’s careful guidance, as well as the all supports from Zhang Jisen, Shen Yiming, Lei Qi, Xie Xue, Fan Xiaolu, Feng Nuoning and other members of every moot court in Peking University’s Law School.