At the opening ceremony, Prof. Zhang Shouwen, Dean of Peking University Law School delivered a speech. Dean Zhang pointed out that it is necessary to rationally look at the impact of labor contract law on economic development, rationally deal with the relationship between law and development, and achieve a balance between efficiency and fairness. Jia Junling hopes that young scholars can care about these two fields: first, the positioning and nature of labor contracts; second, the relationship between economic development and social security.

The first unit, Prof. Zheng Shangyuan pointed out that the three systems of the current Labor Contract Law are unreasonable. They are economic layoffs, labor dispatch and atypical employment. There are many problems in law formulation and law enforcement.

The second unit was presided over by Prof. Li Kungang from the Law School of Anhui University. Chang Kai, a Prof. of Labor and Human Resources at Renmin University of China, pointed out that it is necessary to conceptually distinguish between individual labor relations and collective labor relations. 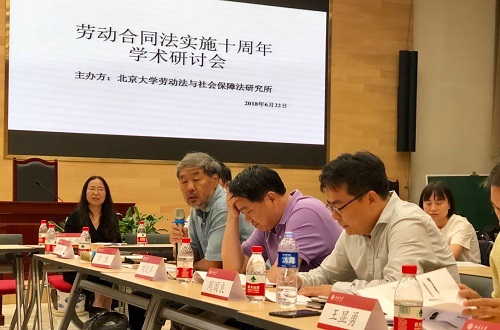 The third unit was presided over by Prof. Li Jianfei from the Law School of Renmin University of China. The fourth unit was hosted by Jin Jinping, A.P. of Peking University Law School and deputy director of the Labor Law and Social Security Law Institute. 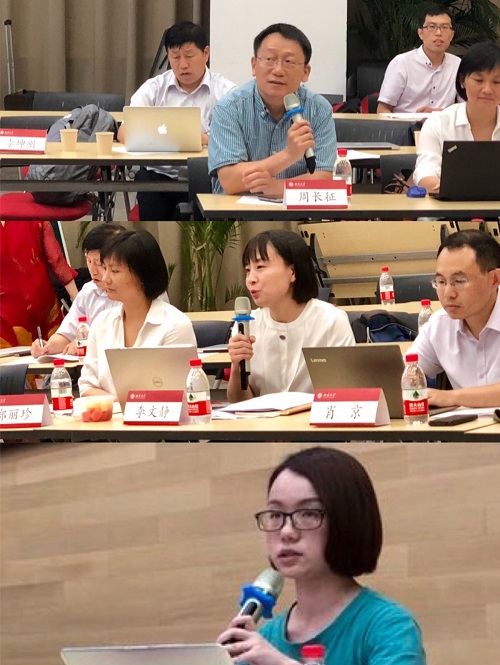 The closing ceremony was presided over by Hao Tian, an A.P. of Peking University Law School. Ye Shan summarized today's meeting from the formulation and implementation of the Labor Contract Law, the problems still existing in the Labor Contract Law, and the establishment of academic community in the field of labor law and the social responsibility of scholars.