You are here： Home» News» Global» “Uses and Abuses of Government Debt: The Perils of ‘Kicking the Can Down the Road” Successfully Held

“Uses and Abuses of Government Debt: The Perils of ‘Kicking the Can Down the Road” Successfully Held

On the evening of May 28, 2018, the lecture named “Uses and Abuses of Government Debt: The Perils of ‘Kicking the Can Down the Road” was successfully held in the Koguan Building of Peking University Law School. The lecture was given by Prof. Julie Roin from University of Chicago Law School. Dr. Wang Xukun，the director of Market Research and Development Department of Law Press, and A.P. Zhao Peng, the Deputy Dean of School of the Law-based Government of CUPL, A.P. participated in the lecture. A.P. Chen Ruoying from Peking University Law School also presided over the lecture.

Prof. Roin shared her research on U.S. local government debt. Local governments' debt-taking behavior needs to be viewed in a dialectical way. From a positive perspective, it may be the most effective measure for the government to implement large-scale public projects, but at the same time it is a dangerous tool. It is easy to use debt to repay debts, and the how to repay debts is a tricky problem. However, due to the government officials' enthusiasm for pleasing the people or temporarily easing the current predicament, the people’s benefit from obtaining free benefits or evading the “after-autumn accounts”, the “temptation” of the government’s debt-raising behavior is often difficult for both parties to maintain. The bond market should have formed supervision and deterrence for local government raising debt. However, the condition of this mechanism behaving well is that the government will disclose enough information to the market, such as the debt ratio of the government, sources of fiscal revenue, and so on. However, government debt is often deliberately concealed. 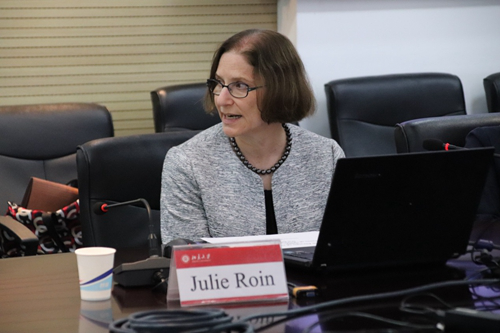 Prof. Roin then introduced three common ways for U.S. local governments to conceal their debt under the public-private partnership model. One is to use the method of early payment in exchange for the lease of the future long-term government revenue items. In the United States, large-scale public facilities are usually implemented by the government and private companies. Taking the Chicago parking meter system renewal plan as an example, private companies pay an advance of 1.156 billion U.S. dollars to the municipal government in exchange for a lease for the system for the next 75 years and related income. From an economic point of view, this is equivalent to the municipal government using this system revenue as a guarantee loan for 1.156 billion U.S. dollars, and there is no limit to the amount of repayment. In addition, due to the long time span and low transparency of the policies, the fairness of the contract cannot be guaranteed. Second, debt guarantees. Public-private partnership project debt is usually borne in the name of the partnership between two parties to cover up the government’s repayment obligations. But in fact, the government will bear most or all of the expenses, and if the project income is lower than the required standard, it must also repay the loans to private companies. Third, pensions. Most pension plans are not carried out in fixed amounts but in the form of annuities. This gives the government the opportunity to cut future-oriented expenditures and increase the investment in current policies. This future overdraft will make the government hard to pay the pension in the future.

Finally, Professor Roin pointed out that politicians are naturally optimistic and usually place hopes on the solution of the debt crisis in the future economic development and the increase in government revenue. However, everyone knows that economic development is usually accompanied by a corresponding increase in the level of government public welfare. The bond market as a monitoring mechanism, in the face of debt hiding, government error information guidance, slow response, etc., need more accurate information as an aid. Local government debt should not only think of the ability to borrow, but also take into account future repayment ability. In the face of the risk of local government debt, the key to the solution lies in the information from the government or more useful information. 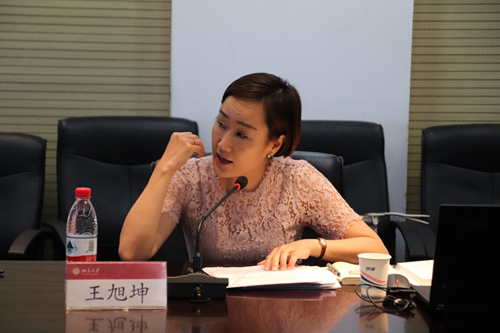 During the discuss stage, Dr. Wang Xukun fully affirmed Professor Roin's research results and expressed his approval of the pros and cons of the government’s debt problems and the analysis of the government’s concealment of debts. China and the US government’s debts face similar problems, such as debt cover and pension burden. At the same time, she also pointed out that the Chinese government’s debt problem has its own particularities. As the central government has a strong financial capacity, the state treasury is filling at this stage, and debt problems are mainly concentrated in local governments. For local governments in China, renting equity and selling assets are common ways of borrowing, but these rents are far less than land revenues. In China, we must understand the importance of "land finance" and we must correctly recognize its advantages and disadvantages. Taking 2017 as an example, “land finance” accounted for 57% of the local government's income, and accounted for 33% of all local fiscal revenue. In recent years, this proportion has decreased, but it is still at a relatively high level. In Dr. Wang’s view, the most important topic behind the local government debt is “the relationship between the central and the local government”. Under this background, the central government has indicated that it won’t cover the debt of local governments, how to solve the source of debt funds is particularly critical. At present, China is also building municipal bonds. Compared with the mature municipal bond market in the United States, there are still gaps. So we can be learned relevant experience and rules from the United States. 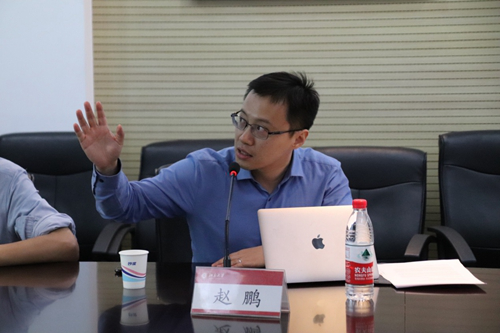 Next, A.P. Zhao Peng specifically analyzed the issues faced by the local government debt in China. He believed that the problem of China’s local debt is even more severe for three reasons. Local governments had a stronger incentive to borrow because of the temptation to stimulate economic growth. At the same time, the channels for Chinese local governments to borrow are more diversified and complex, and this brought greater difficulties to supervision. Moreover, when China's commercial banks provided large amounts of funds for local state-owned enterprises at all levels, the risk control was not strict, providing opportunities for high-leverage operation of local governments and state-owned enterprises. The above problems not only brought pressure on public finances, but also caused financial systemic risks. In this regard, Professor Zhao suggested starting from two aspects. The first was to strengthen the Ministry of Finance's accountability for excessive local government borrowing and strict financial discipline; the second was to draft and strive to establish regulations for investment through legal regulations, especially investment in infrastructure construction, to constrain the government’s Investment impulses, but the resistance was also relatively large. 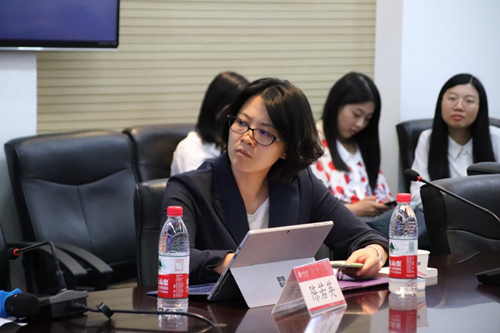 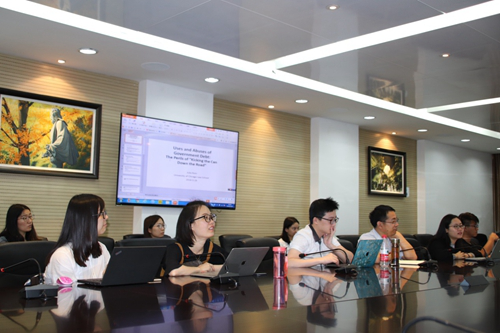 Finally, A.P. Chen Ruoying once again expressed his heartfelt thanks to all the guests present. The lecture lasted more than two hours and ended in a lively discussion with the guests.