Then, Reade Allison, an exchange student from the University of Adelaide in Australia, reviewed his own life in Yanyuan. He said he was very fortunate to have been able to learn and live in such a beautiful environment in Peking University. Which impressed him most are colorful courses and extra-curricular activities arranged by Peking University Law School. Reade also sincerely expressed his thanks to teachers and students in Peking University for their care and help.

Law School junior student Liu Zijing, as a language partner of Law School, also described his gain in this semester. He admitted that he had benefited greatly from the accompany and communication with exchange students. 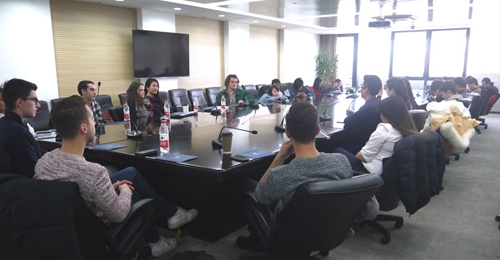 Scene of the farewell party