Wang agreed with HAYASHI that the two parties should enhance cooperation relationship. He emphasized that Japanese law education has guiding significance to Chinese law education and Chinese and Japanese law education has learned from each other for a long period. He suggested that the two parties could draw on the cooperation experience of PKU law school-Columbia University law school and PKU law school-Northwestern University law school, starting with cooperation in faculties such as short term professor exchange and regular seminars. On student levels, students exchange programmes, summer school programmes and student seminars could also serve as great ways to promote the relationship between the two parties while attracting more Chinese and Japanese students in these programmes. HAYASHI supported Wang’s proposals and said that he would discuss is with his colleagues and put it into practice when he return Japan. 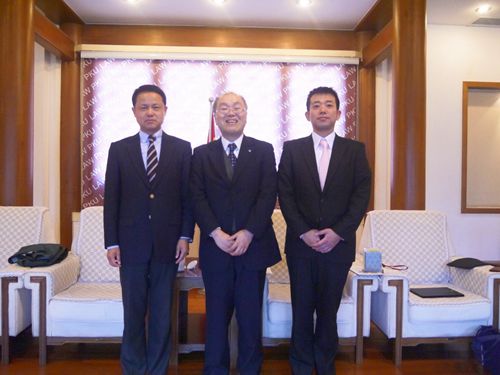