On the afternoon of October 16,2017, PKU Wang Tieya Series of Lectures -  “International law in the Courts of United Kingdom” was successfully held in Room 307, Koguan Building, PKULS. The Lecture was delivered by Dan Sarooshi, from International Law School of Oxford University, while Prof. Bai Guimei from PKULS was the Host and Prof. Jiang Guoqing from International Law Department of China Foreign Affairs University was the reviewer. 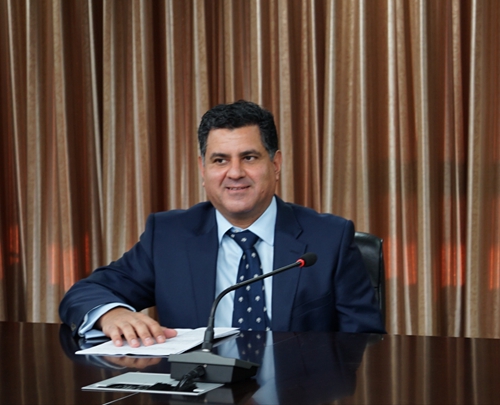 Dan Sarooshi is Prof. in Public International Law from Oxford University and Senior Research Fellow of the Queen's College, Oxford. He graduated from the London School of Economics and Political Science. His teacher is Rosalyn Higgins, who is the first female judge and the former president in the International Court of Justice. At the same time, Prof. Sarooshi also actively engaged in the practice of international law. He served many times as the representatives of governments, international organizations and companies in the important cases in the Supreme Court in the United Kingdom, the International Court of justice, the European Court of human rights, Hong Kong Court of Final Appeal, the Supreme Court of the Bahamas and WTO.

In the lecture, Prof. Sarooshi first proposed that the law is closely related to problems, and the international law mainly solves problems between countries. A good lawyer must learn how to solve problems, which requires him to stand in someone else's perspective to consider the issue and countermeasures; at the meantime, different from the position of individuals the country, the international law also has its own interests and ideas, and we should understand and apply international law from a systematic perspective.

Prof. Sarooshi introduced the practice of interpretation and application of international law in the courts of United Kingdom. First, he introduced the judgment of the Supreme Court in the United Kingdom on the issue of European exclusion. The point of contention is the ownership of sovereignty, that is, whether the government or parliament has the power to decide whether to leave Europe or not. The government maintains that the British government has the power to conclude treaties and withdraw treaties, and EU was a result of the treaty, so whether leave the EU or not should be decided by the government. Prof. Sarooshi (also a parliamentary agent) argued that the European Union could enact legislation for the United Kingdom, which could enact laws directly applicable to Member States, and that individuals could sue EU members in accordance with EU law. The United Nations, the World Trade Organization and other international organizations are not entitled to member state law. Therefore, European exclusion is a matter of legislation, and only Parliament can decide the issue. The Supreme Court of the United Kingdom concluded that only Parliament could change the law, and only Parliament had the sovereign right to decide the question of getting rid of EU.

Then Prof. Sarooshi also cited three examples to illustrate international law in the courts of United Kingdom, including: a Swiss Corporation sued Iraq state-owned corporation (Iraq Oil Company) in the court of UK, asked the British court to implement the Iraq property in London on the basis of the New York Convention. There are many controversy in the case, one of which is whether Iraqi state-owned companies can be sued in the courts of London, whether or not they have the right of state immunity? Prof. Sarooshi pointed out that this related to in what extent the "United Nations Convention on Jurisdictional Immunities of States and their property" is a part of international law, and in what extent international law is a part of the British law, which related to the interaction between international law and the British law. Another case is the case that the British government was accused of in the British court. A Pakistan citizen, Yunus Rahmatullah, was arrested by the British army in Iraq in 2004, and later he was handed over to an American prison in Afghanistan for more than 7 years without trial. In 2011 the British court of Appeal thought that the detention of Yunus Rahmatullah is not legitimate, and signed the writ of habeas corpus for him, requested the British government to ask the United States for the release of Yunus Rahmatullah.

Finally, Prof. Sarooshi pointed out that international law also profoundly affected the issue of immunity. Benkharbouche v. Sultan and Janah v. Libya were the practice in this respect. Benkharbouche and Janah worked as cooks and cleaners in Sultan and Libya embassies, and sued Sultan and Libya embassies for illegal dismissal and nonpayment of wages. The British State Immunity Act of 1978 gave foreign embassies a very wide range of immunity rights, that is to say, the Embassy in London could not be prosecuted. However, with the development of the European Union Law, people have the right to resort to fair trial, which is stipulated in the forty-seventh Charter of the European Union fundamental rights. This involves the priority of the European Union Law and the British law. The British Supreme Court finally ruled the EU law is preferred, as compared with the 1978 British legislation, the international law has been changed, the absolute immunity in international law does not exist, and the relevant provisions in the law of the British national exemption should also be changed. 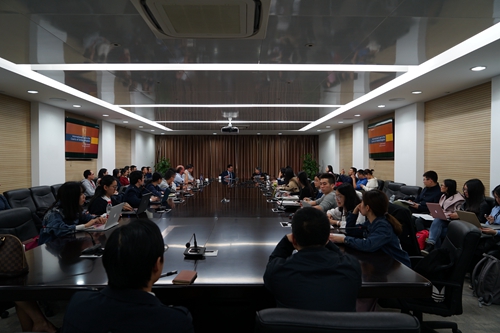 In the Q&A section, the audience put forward questions on the “interpretation of international law from the domestic court", "select of the British law and European Union Law "," whether UN sanctions would affect the foreign treaty in the British. " and " how does the international law treat domestic decisions "and so on. Prof. Sarooshi answered the questions and responded enthusiastically with the participants.

Dan Sarooshi is Professor of Public International Law in the University of Oxford and Senior Research Fellow of the Queen's College, Oxford. He was elected in 2008 to membership of the Executive Council of the American Society of International Law.

He was appointed by the World Trade Organization (WTO) in 2006 to the WTO Dispute Settlement List of Panelists after joint nomination by the United Kingdom Government and the European Communities. He practises as a Barrister from Essex Court Chambers, London.