In the afternoon of September 28, 2017, the seminar on the legislation of the local famous trademark system was held in the 303 conference room of Kaiyuan Building of the Law School of Peking University. The conference was organized by the Standing Committee of the Legislative Affairs Commission of the National People's Congress and the international intellectual property research center of Peking University. Experts and scholars from the NPC Law Committee, the office of the State Council, the State Administration for Industry and commerce, the State Intellectual Property Office, Peking University, Tsinghua University, China University of Political Science and Law, Zhongnan University of Economics and Law, Zhongshan University, Beijing ZhongLun law firm, Beijing City dimensional Poetry law firms and other units attended the meeting, the meeting chaired by the director of the Peking University professor of International Intellectual Property Research Center Yi Jiming. 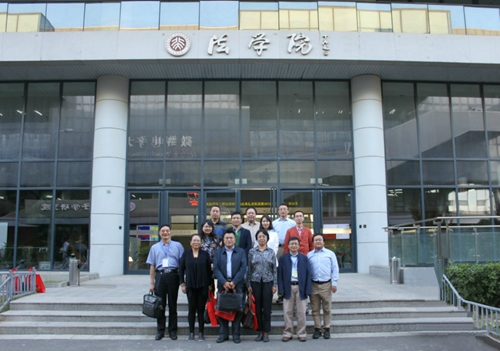 Photos taken by the participants

This seminar is divided into two stages.：

In the first stage, experts and scholars attended the meeting and made speeches on the local famous trademark system.

The second stage of the seminar was free discussion. The experts and scholars on the local famous trademark system, the abolition of the famous trademark and the well-known trademark issues such as the relationship between each one airs his own views. The meeting was finally concluded in the concluding speech of director Liang Ying.

This seminar has carried on the thorough discussion to the local famous trademark's many theoretical questions. Although the scale of this conference is not large, it is a useful attempt for the first time to enter the universities and entrust universities to conduct research activities. The participants include law professors, lawyers, government officials and other distinguished academics and practitioners, we will be the legal theory and combined with the specific issues, in order to provide theoretical support for China's local governance of the famous trademark system.