At the invitation of Peking University Law School, Judge Marc Perrin de Brichambaut of the International Criminal Court visited Peking University Law School on the morning of May 19 and conducted a lecture entitled “Chinese-European Co-operation in Developing the International Legal Order”. Professor Bai Guimei presided over the lecture. Mr. Assad Berg, Counselor of the Ministry of Political News and Information of the EU delegation to China, Mr. Muyane of the Embassy of Finland in China, Mr. Thomas Kleensens and Ms. Arona Herman of Federal Minister of Law and Consul of the German Embassy in China, Professor Ling Yan of Law School of China University of Political Science and Law, Visiting Professor Motten Boggsmo, Associate Professor Wang Shekun, Associate Professor Chen Yifeng attended the lecture. 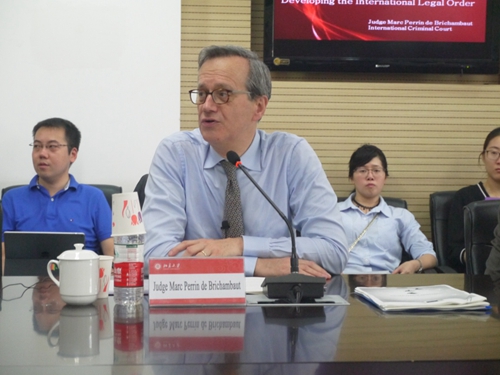 Subsequently, Judge Brichambaut elaborated on the legal system, economic market, security issues and other aspects of globalization and multilateral relations. He pointed out that environmental issues and climate change are the latest global challenges and that China and Europe are likely to coincide in terms of Africa's development, global migration and epidemics. It is hoped that China and Europe will work together to develop the legal tools needed to manage the global public domain and to cooperate closely to meet the major challenges and meet the challenges ahead. 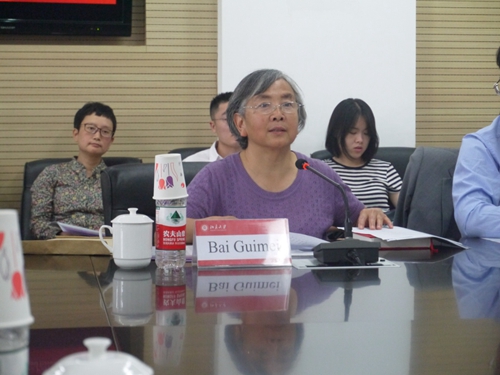 In the end, Judge Brichambaut expressed his views on China-EU cooperation in the development of a global legal order. China and the EU share a lot of benefits in all aspects of successful management and the development of globalization. He hoped that the two sides can achieve some feasible coordination programs and keep the possibility of future cooperation. 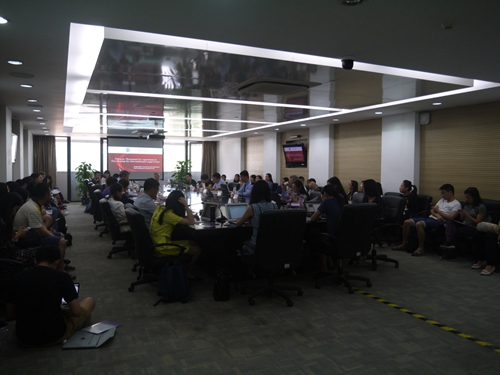 In the subsequent part of the assessment, Professor Bai Guimei thanked Judge Brichambaut for the wonderful report and gave the report a very high rating. In the exchange of questions at the scene, the audience asked questions about "international crime", "regional governance and global governance contradictions" and other aspects. Judge Brichambaut answered the response one by one, and enthusiastically exchanged with the students.

Judge Marc Perrin de Brichambaut graduated from the St. Mark's Higher Normal School and the French National School of Administration. He entered the French National Administrative Court in 1974 and was appointed Dean of the National Administrative Court in 1992. He led a delegation to Rome and signed the Rome Statute of the International Criminal Court on behalf of France. From 2005 to 2011, Judge Brichambaut was appointed as Secretary-General of the Organization for Security and Cooperation in Europe. On 11 March, 2015, Judge Brichambaut was appointed as a judge of the International Criminal Court of The Hague for a term of nine years.