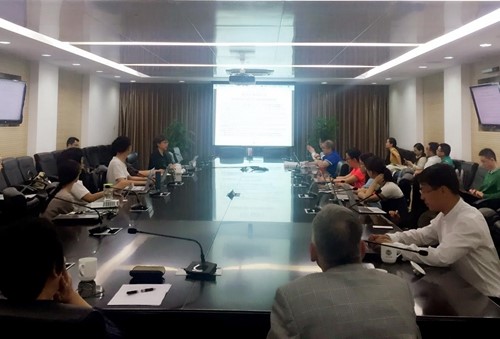 Interpretation can not leave the entire WTO multilateral treaty system. Article 6 of the GATT and the Anti-Dumping Agreement are the context of the accession to China's accession to the WTO.  She pointed out deeply that "NME status" is not about whether China is a market economy. In the summary stage, Professor Qin Ya once again stressed: First, "the extent of the WTO rules of impairment" need to combine the context, and to ensure that the interpretation of the system consistency, that is, "minimize the damage." Second, for the case of unknown text, need to be clarified in the historical context. Thirdly, unilateral expectations are unprotected in the WTO law.

In the subsequent evaluation stage, Ms. Song Ying and Mr. Zhang Zhiyong all gave high evaluation on Professor Qin’s wonderful lecture. Mr. Zhang Zhiyong believed that the essence of this case is how to explain the issue of the treaty, but the characteristics of the corresponding interpretation /and ideas on different types of treaties are different. On the one hand, to maintain a unified multilateral rules, on the other hand, to make a reasonable explanation according to the particularity of members, in order to achieve the balance between part of members and the overall membership. At the same time, we should also avoid rules fragmentation. At the end of the review, he profoundly asked: how to maintain the smooth development of international rules? Can it make a trustworthy expectation between members about international rules?

In the question and communication stage, the audience put out questions on the "market economy status of the burden of proof", "the use of meeting documents" and other aspects. Professor Qin Ya answered them one by one, and the students carried out a warm exchange.