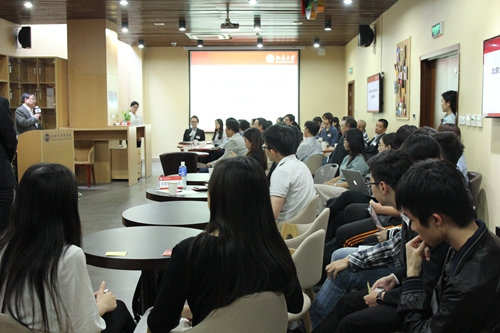 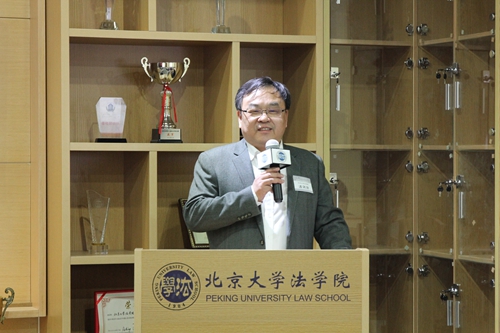 Alumni graduated in 1984 awarded prizes for awarded students as a guest representative. Undergraduate He Zhixi and law master Wu Xiaoyi won this award with excellent academic performance, full of enthusiasm for public service and positive attention to judicial reform.

In speech, He Yixi expressed her sincere thanks to the award side and shared her understanding of seniors Zou Bihua from whom she can learn endless, consistent spiritual character. She said she would keep in mind what General Secretary Xi Jinping hope for young people and try her best to respond to the expectations of scholarship. Wu Xiaoyi introduced her academic research results on the judges' occupational protection system in form of research reports, and expressed sincere respect for Zou Bihua's earnestly advancing the judicial reform. She said she would make persistent efforts in the future academic research to understand practical work of law deeply and to promote the combination of theory and practice for the construction of law. 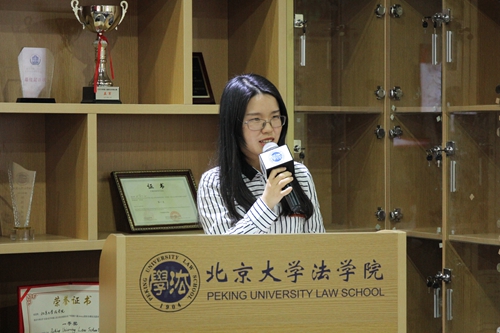 Speech by awarded student He Yixi 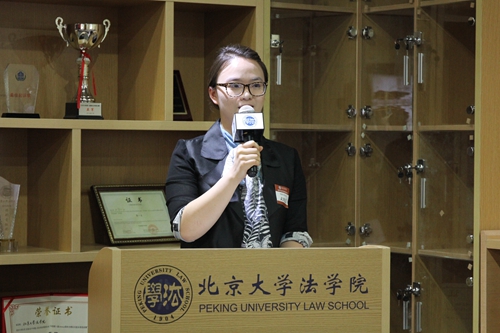 Guangdong Shunde Agricultural Bank Chairman, alumni graduated in 1984 Yao Zhenyong made a speech on behalf of guests who set the prize. He recited the classmate years with Zou Bihua, showing his diligent, progressive attitude of scholarship and expressed great respect to his contribution to law. He hoped that students can improve themselves and cultivate high-quality operation constantly to live up to the times mission. 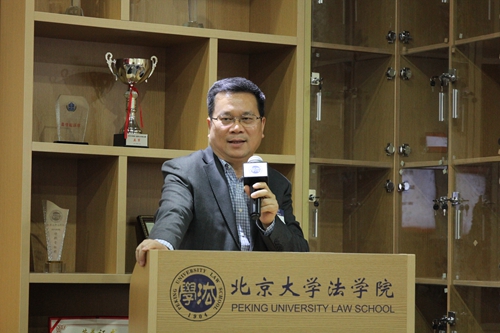 Zou Bihua was a senior vice president of Shanghai Higher People's Court who devoted 26 years to judicial business. He suffered a heart attack in line of duty at the age of 47 in December 2014. After his death, Central Propaganda Department posthumously awarded the "era model" honorary title and Supreme People's court awarded him honorary title of "national model judge". General Secretary Xi Jinping made important instructions on the advanced deeds of Comrade Zou Bihua, emphasizing the need to strengthen the ideals and beliefs, adhere to the spirit of the rule of law, and strive to make achievements worthy of the times, people and history.

Meritorious deeds of Zou Bihua were reported by media widely in the whole society which caused a strong reaction. Zou Bihua scholarship was set up by alumni graduated from Peking University Law School in 1984 and was awarded for the first time this academic year. The aim of such scholarship is to inherit Zou Bihua’s wish to promote his spirit and reward outstanding students in school to help young legal person grow and progress. Scholarship applicants need participate in process of application, written inspection, interview and take students' ideals and beliefs, academic performance, comprehensive quality into account. The scholarship award outstanding students focusing on outstanding academic performance, enthusiastic public welfare.

On the eve of the May 4th Youth Festival, General Secretary Xi Jinping went to China University of Political Science and Law to study and talk about the growth and cultivation of young people, and expressed expectation of the cultivation of law. In this event participants in the heated discussion on the important speech of Xi Jinping. Peking University Law School will actively practice the concept of "moral and law" education, not only pay attention to the cultivation of legal professional skills, but pay more attention to students' ideological and moral cultivation, and constantly optimize the linkage between knowledge education and practice education. Peking University Law School will encourage the students by using positive energy, and strive to carry out the important speech of the general secretary, and constantly cultivate excellent legal personnel for the overall rule of law.