You are here： Home» News» Global» Series of Lectures Given by Prof. Peter L.Strauss of Columbia Law School Were Successfully Held

Series of Lectures Given by Prof. Peter L.Strauss of Columbia Law School Were Successfully Held

Because of the invitation of PKU Law School, Prof. Peter L.Strauss, who is the famous American administrative jurist, a lifelong member of American Law Institute and a professor of Columbia Law School, visited PKU as a scholar of “Peking University Overseas Famous Lecture Program” from March 26 to 29, 2017. A lecture entitled “The Uncertain Future of American Rule-Making Procedures” was held on March 27, and another lecture entitled “Trump Government and American Administrative Law” was held on March 28. Nearly 50 law school professors, students and legal scholars from all walks of life listened to the lectures.

In the lecture entitled “The Uncertain Future of American Rule-Making Procedures”, Prof. Peter L. Strauss started with “what is rule-making”, and then generally introduced the status of American legislation, including the existing problems of legislation, the leading legislature and legislative technology. Subsequently, he discussed the impact of the new US government on future rule-making procedures. He also indicated that Trump transforms the popular legislative process into personal political means, imposing pressure on Congress and authorities through presidential privileges, and interfering with legislation in administrative orders, thus the US legislative process will lead to a more uncertain future, for which it is important to pay more attention to the participation of the stakeholders in the legislation. 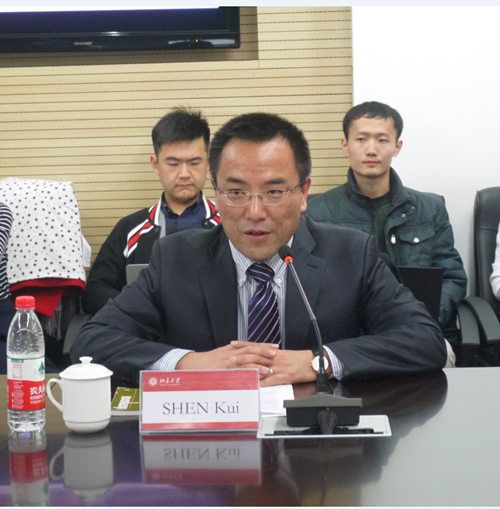 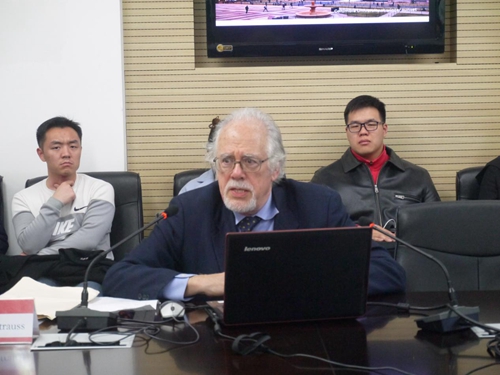 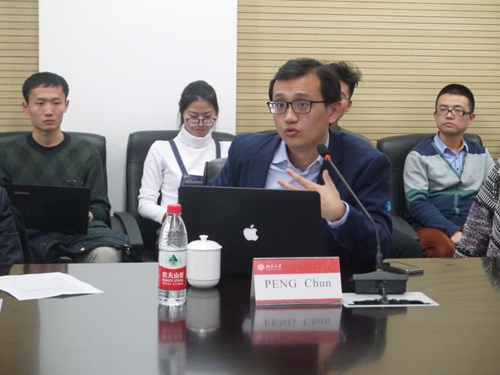 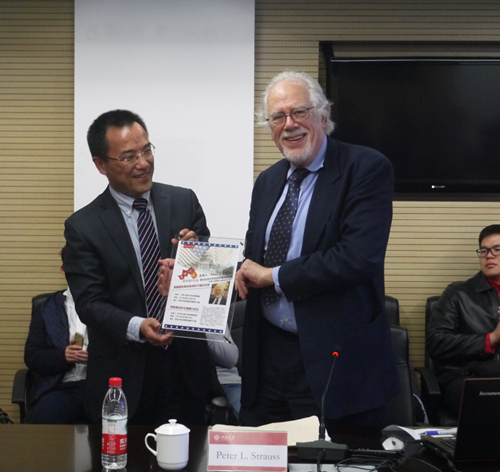 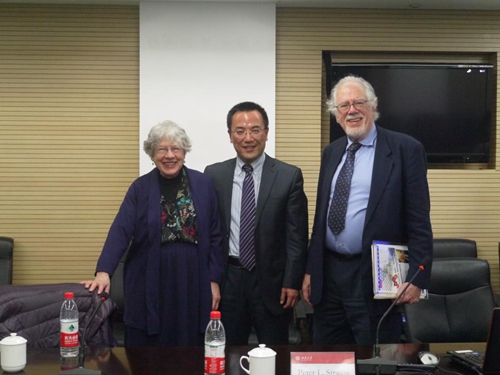 In the lecture entitled "Trump Government and the United States Administrative Law", Prof. Peter L. Strauss introduced the climate warming as a background, and then stated the terrible situation after Trump's inauguration, he led to three parts of this lecture: the appointment and removal of the Trump government, the president overriding the organizations’ authority, and the president's executive order. Professor also said that the US administrative system can be a good internal constraints to Trump, so that his behavior will not be too perverse, which is a typical characteristic of the US system. 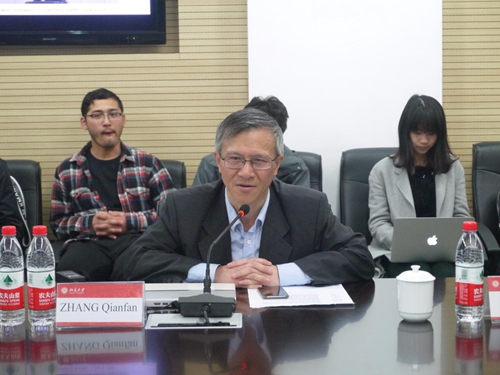 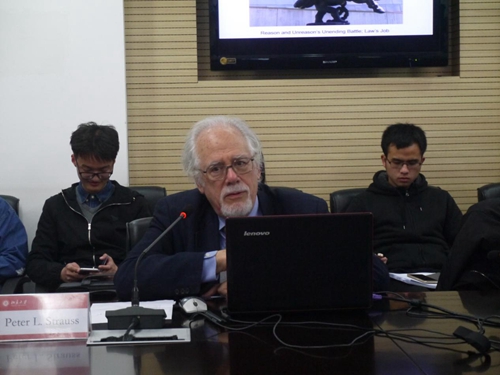 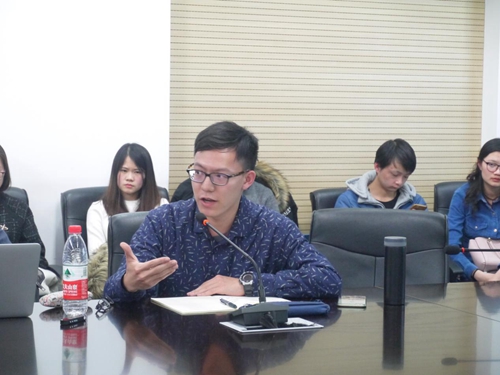 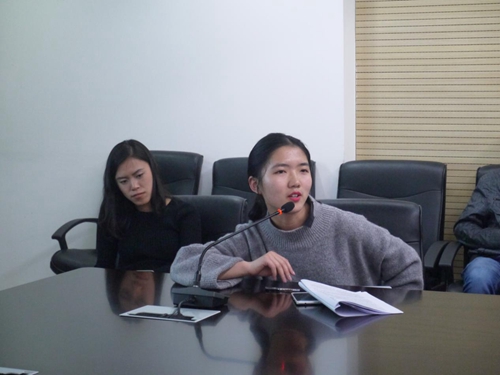 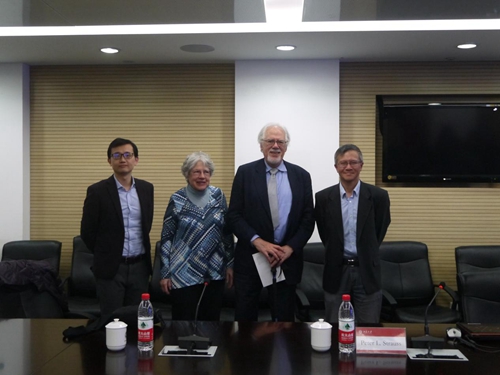 At the end of the two lectures, the presence students, professors and legal scholars asked questions about the topic lectures, and then Prof. Peter L. Strauss answered patiently and meticulously. 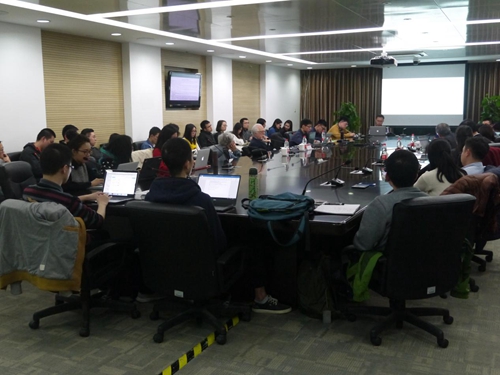 Peter L. Strauss is the Betts Professor of Law at Columbia Law School. He teaches courses in administrative law, legal methods, and legislation. He joined the faculty in 1971, and has twice served as vice dean.

He received his LL.B. from Yale Law School in 1964 and his A.B. from Harvard College in 1961. Before joining the Law School, he clerked for David L. Bazelon and William J. Brennan in Washington, D.C.; spent two years lecturing on criminal law in the national university of Ethiopia; and three years as an attorney in the Office of the Solicitor General, briefing and arguing cases before the U.S. Supreme Court. During 1975 to 1977, Strauss was on leave from Columbia as the first general counsel of the United States Nuclear Regulatory Commission.

In 1987, the American Bar Association's section of administrative law and regulatory practice presented Strauss with its third annual award for distinguished scholarship in administrative law. From 1992 to 1993, he served as chair of the section. He has been a reporter for rulemaking on its APA and European Union administrative law projects, and was a member of its E-Rulemaking task force. In 2008, the American Constitution Society awarded him the first Richard Cudahy prize for his essay “Overseer or 'The Decider'? The President in Administrative Law.”

Strauss has been a visitor at the European University Institute, Harvard University, the Max Planck Institute for Comparative Public and International Law, and New York University, and has lectured widely on American administrative law abroad, including programs in Argentina, Australia, Belarus, Brazil, China, Colombia, England, France, Germany, Hong Kong, India, Italy, Japan, the Netherlands, New Zealand, Turkey, and Venezuela. During 2008 to 2009, he was Fernand Braudel Senior Fellow at the European Law Institute and Parsons Fellow at the University of Sydney Law School.

A life member of the American Law Institute, Strauss was elected in 2010 to the American Academy of Arts & Sciences. He has also long been a faculty member on the board of the Law School's Public Interest Law Foundation.