On December 9, 2016, students of the English-taught LL.M. Program in Chinese Law, led by Ms. Wei Xining, paid a visit to China Court Museum.

The museum was opened to public in January 2016. There are three basic exhibitions, namely the History of China's Judiciary Exhibition, revisiting the history of the development of ancient Chinese judicial civilization; the PRC Judiciary Exhibition, tracking the achievements of the people's court; and "Comprehensive Rule of Law, to the Great Rejuvenation" theme exhibition, showing the judicial achievements after the 18th National Congress of the CPC. In addition, there are six thematic galleries, three interactive areas, and a mini cinema.

The students first came to the “Comprehensive Rule of Law, to the Great Rejuvenation" exhibition hall. They watched a short documentary reflecting China’s judicial achievements in 2015. Students also clicked on the touch screen with interest and explored some important court decisions. Reading the judgments and materials from the Bo Xilai and Zhou Yongkang case, some students also inquired about the facts and the process of the two cases. The students then went to the second floor to visit the ancient Chinese judicial civilization and the PRC judiciary exhibitions. They listened attentively to the introduction of the judicial achievements in ancient China and carefully examined the judicial and other relics of the collection, occasionally raising questions concerning the usage and meaning of these relics. With the help of photos, films and concrete objects, students were also explained in detail the “mass line” judicial-mediation practice, namely “Ma Xiwu style”, of the Shanxi-Gansu-Ningxia Border Region High Court during the Anti-Japanese War, as well as the “horseback courts” that brought justice to the countryside. 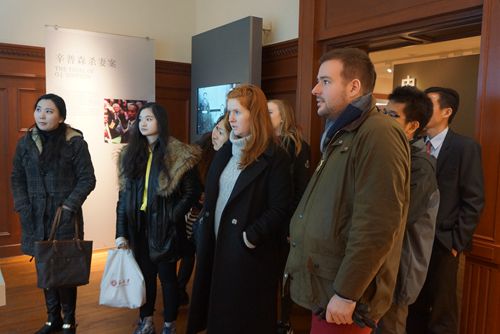 The thematic galleries and interactive facilities also aroused strong interest of the students. In the "Foreign Courts and the International Court of Justice" gallery, students looked for information on their own judicial systems and the gifts presented by their respective national courts to the Supreme People’s Court. In the moot court area, students observed the layout of Chinese courts, after which they "role-played" as judges, etc. Finally, in the trial costumes gallery, they “put on” Chinese robes using the museum's virtual fitting technology. 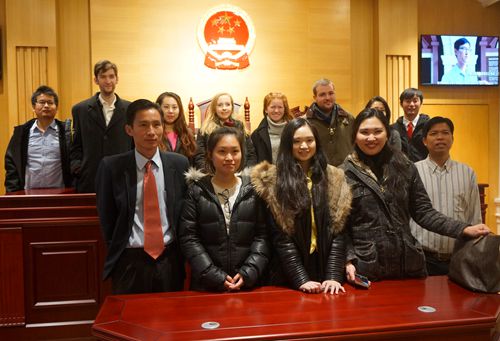 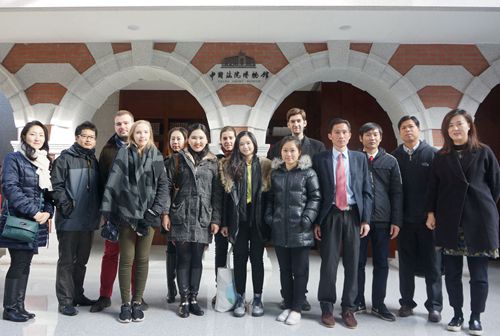