The sentence observed was an actual case of second instance related to trademark infringement between the Internet companies. Before the sentence, the clerk of the court verified identities of parties involved in accordance with legal rules. Then the clerk read out rules of the court to the parties and audience and Judge Zhang Xiaoxia announced that the trial began. The agent of the appellant stated her litigant claims and facts respectively. Then, the agent of the appellee stated his litigant opinions, refuted the claims of the appellant and provided his own factual or legal reasons. Both of the agents of the appellant and the appellee were not the lawyer, but the staff member of each company. Hence Judge Zhang Xiaoxia in this court had to guide agents of two parties involved concentrated on legal issues, namely trademark infringement. Aimed at settling this legal dispute, agents of two parties involved provided their proof and made cross-examination. Before the end of the trial, agents of two parties involved made the last statement of their legal opinions. Lastly, the judge asked whether both parties would accept the mediation and announced adjournment. 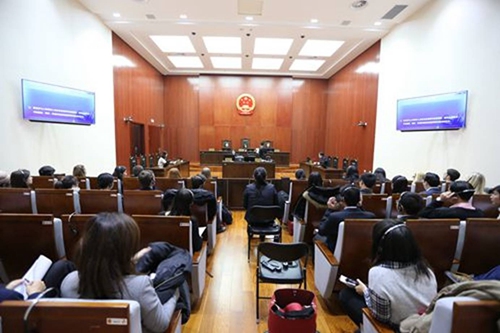 After the trial, Judge Zhang exchanged ideas extensively with the audience. In the process of Q&A, some students asked whether it would be unfair for the party if the agent involved is not a lawyer. Judge answered that according to Chinese Civil Procedural Law, agents of parties involved are not necessarily lawyers. Accordingly, judges in the court should actively guide agents to surround the focus of controversy. From this perspective, it would not impair substantial interest of pertinent parties. Additionally, some asked whether mediation would be harmful to right protection of parties involved. Judge answered that according to Chinese Civil Procedural law, mediation is an institution with distinct Chinese characteristics, which could reduce the cost of judiciary and make the most of social welfare to the most extent. 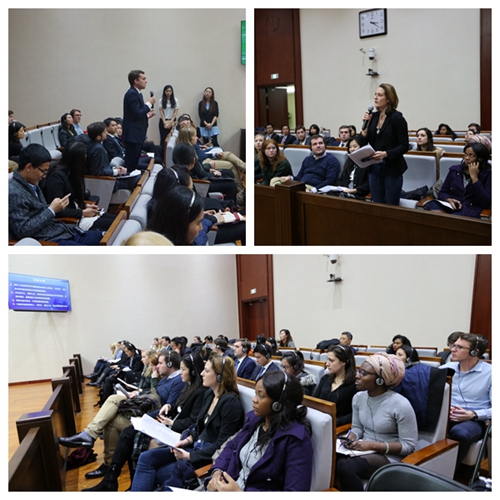 Judge Zhang Xiaoxia said that the judges would like to listen to professors and students’ opinions in order to heighten their own professional skills and make a more just, impartial judgment. Prof. Guo Li also expressed his thankfulness to the Intellectual Property Rights Court for arranging students to observe the sentence. After visiting the trial, the students further know judicial procedure and judicial system in China. 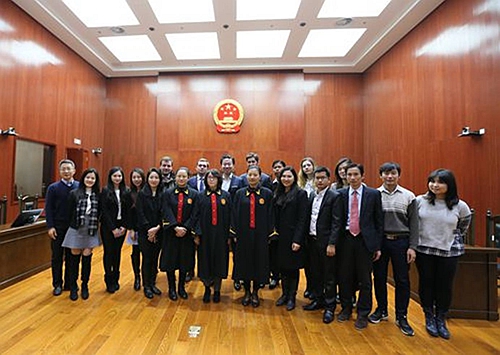