In the preliminary round, the PKU Law School team members prepared well, kept calm down, and successfully entered the final. In the face of the opponents’ sharp retort and the judges’ detailed questions, Law School students replied on the basis of the rich reserves of knowledge and calm state of mind. In the end, they got a high degree of appreciation from the judges and heartfelt respect from the opponents. 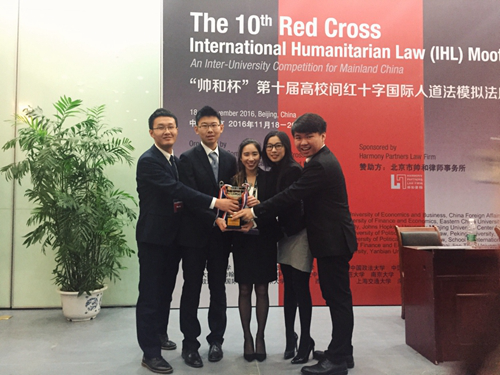 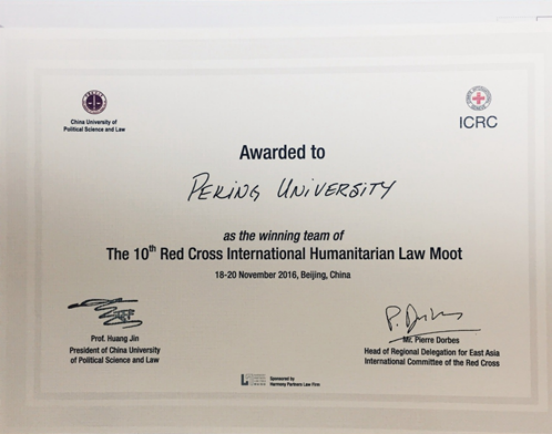 Since it was established in 1863, the International Committee of the Red Cross (ICRC) has taken the promotion and development of IHL as one of its core activities. The ICRC East Asia Regional Office has been hosting the International Humanitarian Law Moot Court Competition in Mainland China since 2007, with the aim of promoting international humanitarian law in colleges. The competition was co-hosted by the ICRC and the China University of Political Science and Law, with 32 teams from mainland China participating in it, and it was the largest number of teams in its history.