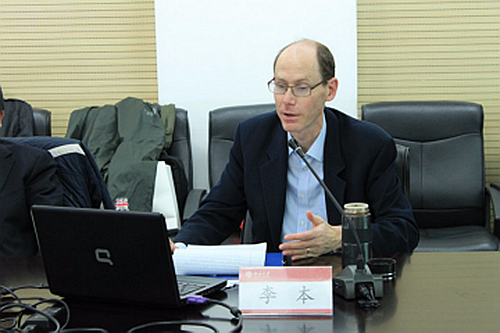 Prof. Benjamin Liebman in the lecture

In the past 10 years, Prof. Liebman has conducted surveys and analysis of ordinary infringement cases in Chinese basic courts. In this lecture, he shared his achievements in this field. Prof. Liebman first reviewed western literature about Chinese Courts, then pointed out that, these existing analytical frameworks and general points of view made it difficult to understand the role and functioning of the courts in the present Chinese political and legal system accurately. He believed that, different from the traditional research path, scholars should focus on small ordinary civil cases, and understand the role of Chinese courts based on it. Prof. Liebman showed that almost all infringement cases in the United States are settled by conciliation, while in Japan, judges also play an active role in creating standardized results. However, there are very few empirical researches on China's infringement litigation, and Chinese scholars also limited their own research in the introduction of foreign institutions and the reference. From the analysis of all the traffic accidents of a county court in Hubei province from 2009 to 2013, Prof. Liebman found that, in these infringement cases, the plaintiff's winning rate was high. And courts only refused to compensate when there was clear evidence of fraud litigation. It can be seen that, Chinese courts clearly demonstrated as "compensatory court", and actively exercised discretion in order to ensure fair results. The conclusion of Prof. Liebman was that, a variety of factors together led to the Chinese courts tend to exercise discretion on a larger scale. This was different from United States, Japan and other countries. Chinese courts were more focused on reducing disputes. The social policy objective of tort litigation was to protect the compensation. 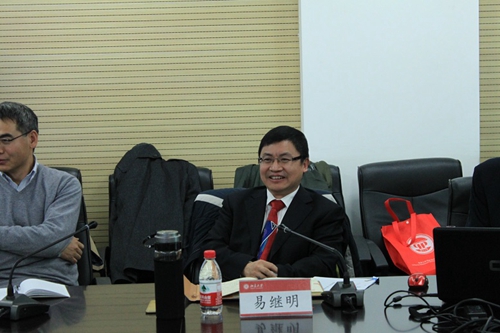 Prof. Yi Jiming in the lecture

In the review stage, Prof. Yi Jiming fully affirmed the research work of Prof.  Liebman, pointing out that his focus on China's judicial process once again demonstrated that how Chinese judicature achieved justice. This dynamic research on justice was of great value. Then Prof. Yi Jiming proposed five suggestions and reflections. Firstly, the problem of "Practical Justice" proposed by Prof. Liebman can be associated with the common law equitable skills. Regardless of the results of this comparative study, the comparison of the two patterns is meaningful.  Secondly, China's current judicial reform was gradually deepening, especially in recent five years. Whether reflecting it in the existing empirical analysis, which included handling complaints and visits triggered by small claims for damages, can be a research node. The research will be more abundant with it. Thirdly, it is interesting that Prof. Liebman defined Chinese courts as "compensatory" courts. This is a deconstruction of the theory of causality in traditional infringement. Corresponding to this is the measurement of "relevance" factor established by the Chinese courts, which can be further explored. Fourthly, analysis of the tradition of confrontation between the official and the people from the perspective of traditional Chinese culture could explain how a private right dispute could be transformed into a group event or a social problem. Fifthly, in modern society, the damage relief is divided into three levels: the fault-based tort system, the liability-based insurance system, and the social relief (fund) system based on social security. Chinese society now focused on the first level or from the first level to the second level. This social situation also constituted the basis of seeking justice through basic level judicature. 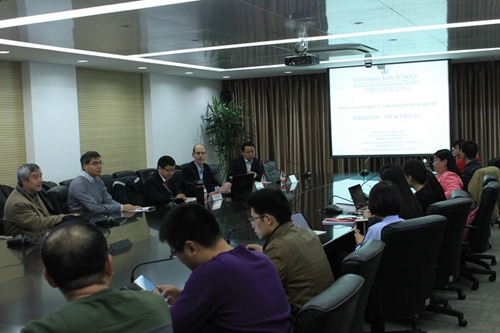 Participants in the discussion 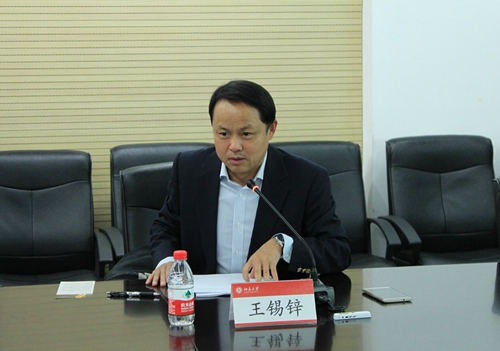 Prof. Wang Xixin in the lecture

Moderator Prof. Wang Xixin fully affirmed the research methods used by Professor Liebman. He argued that the research started from the application of the concept of practical reason in specific tort litigation, analyzing the social role of courts, which is very meaningful. The lecture was extended to 12:00a.m and ended in a lively discussion between teachers and students.

Translated by: Li Can