Editor's note: Peking University Law School began in 1904. It has the longest history in Chinese modern legal education and its hundred-year-origin created so many classics. Every plant, every flower and every tree carries the fragments and accumulation of its development. The school will regularly push the "Story of Law School" series of articles, to introduce the college architecture, courtyards, sculpture and other typical scenery, and taste the classic story and cultural heritage of law school.

The year of 1988 was full of passion, dreams and collision of thoughts. A number of new faces came into the Department of Law, Peking University in fall of this year.They camefrom all corners of the country andspent four years under the Boya tower,beside the WeimingLake,andin the library. In 1992, along with laughter, crying, screaming and mixed feelings they bade farewell to the green years, bade farewell to the alma mater. They continued to study, or went to work, or went abroad.In more tests, they developed themselves, gained experience, accumulated experiences, and cherished their own achievements after all.

Before the completion of the 8829 memorial stone bench, 88-grade undergraduate alumni have already begun to return to their alma mater. In 2004, the "8829" student program was officially launched. It funded twenty-eight studentsin law school. The year 2012 coincided with 20th graduation anniversary of the 1988-grade undergraduate alumni. Twenty years changedthe sound and content, but the ideal conviction and spiritual strength in lawyers of Peking University Law School was still the same. In May 2012, the alumni actively contributed to the program and set up a "8829" scholarship program to reward well-pursued law students and encouraged them to carry out legal aid and other public welfare activities. With thanksgiving and missing to Law School, 88-grade undergraduate alumni set up scholarships to help the students who just entered the door of law.

On 16th June, 2012, "8829 Memorial Stone bench" was officially put into use. "8829 Memorial Stone Stool" is donated by the 88-grade alumni, which hashandwritten of the alumni on behalf: "The peach and the plum do not speak, yet a path is born beneath them". The modeling of the stone bench is simple and solid. It is a symbol of the thick and long friendship between teachers and students. It is set up in the garden next to the trees and flowers, which make people refreshing. The stone bench itself also provides a place for the teachers and students to communicate. It is emotional ties between 88-grade alumni and teachers, and also will carry the relationship between a new generation students and teachers of Peking University Law School.Its inheritance continues from generation to generation and forms the exclusive memory of Law School. 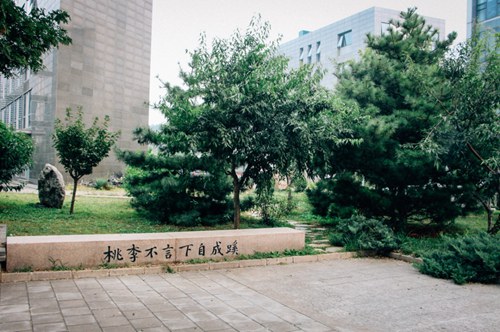 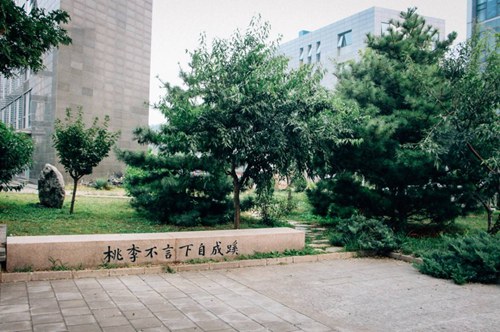 The peach and the plum do not speak, but its fragrance forms the style and attracts many people. Peking University Law School gathers great master, gifted youth and outstanding students in a hall. Academic knowledge and policy advice can awaken deaf and enlightened the benighted. They help the people in need without hesitation. How can people not yearn for it!


The silent standing of memorial stone bench is in memory of the past and also for the future. Winter to spring,cold to summer, the future of Peking University Law School will be the same as usual. Teachers and students will work together for the rule of law to contribute their own strength. 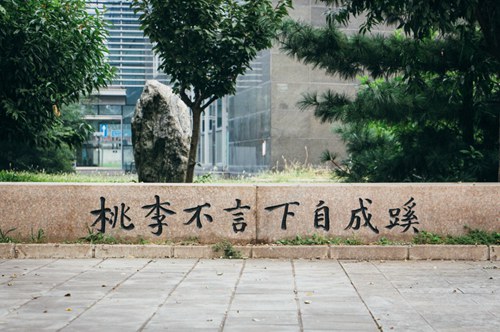