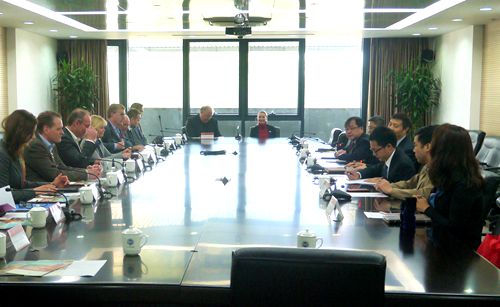 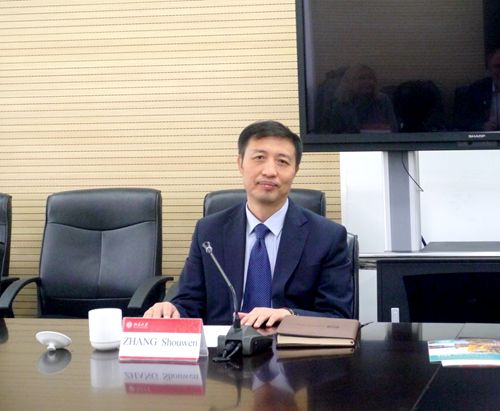 Dean Asbjorn Strandbakken expressed his gratitude to Dean Zhang Shouwen and colleagues of PKULS. Exchanges between the two schools is an important way of cultural exchanges between China and Norway. Dean Asbjorn Strandbakken expressed that Law School of University of Bergen would send more students to Peking University for exchange learning, and he also welcomed more students from PKULS went to Norway for exchange programs. 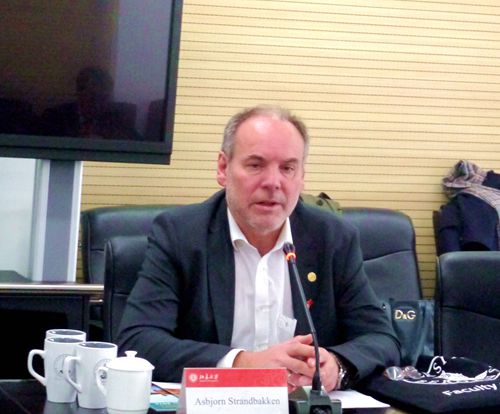 Dean Zhang Shouwen agreed with the proposal and hoped that the two sides will be able to further refine the implementation of the project in the future. Deputy Dean Guo Li expressed his congratulation on the successful cooperation between the two sides. He said that both sides could set some pre-courses before the exchange.

Finally, Dean Zhang Shouwen made a concluding statement, once again expressed the welcome to the guests and prospects for cooperation and the prospects between the two sides.

After the talks, the guests from Law School of University of Bergen, accompanied by Assistant Dean and Director of External Affairs Office Li Yuanyuan, visited the law school library, Gridsum Courtyard and the campus. 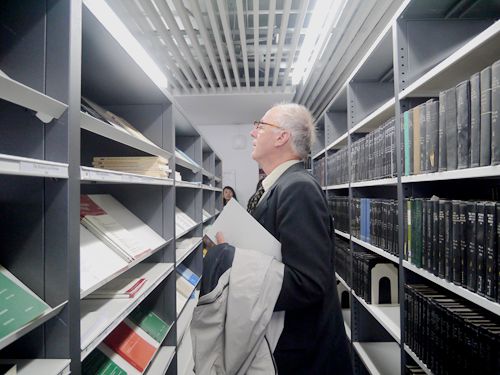