Before the ceremony, PKU president Lin Jianhua met with chairman Qi Guosheng and his partners in Peking University Yingjie Exchange Center. Lin stated that Peking University was in a critical period of building a world-class university, and social science was one of the key points of the construction and development of PKU. Thank to the generous support of Gridsum, Peking University would contribute more legal research results to society and the state. In order to express his heartfelt gratitude and high respect to Gridsum, President Lin awarded Chairman Qi Guosheng PKU Education outstanding contribution award. 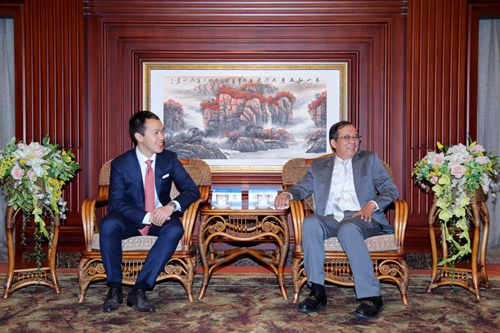 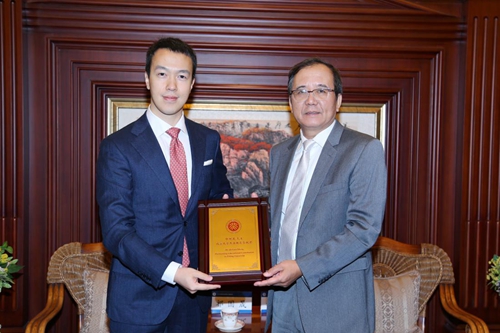 At the donation ceremony, Chairman Qi Guosheng expressed great honor for donating to establish PKU Law School Research and Talent Training Work Development Fund, besides, he was so honored that Jiangjia Hutong courtyard was named as Gridsum Courtyard. He also said that the development of Internet technology must bring enormous change to society, so that he hoped to make use of technical advantages and integrate academic resources of Peking University to promote the development of the rule of law in China. 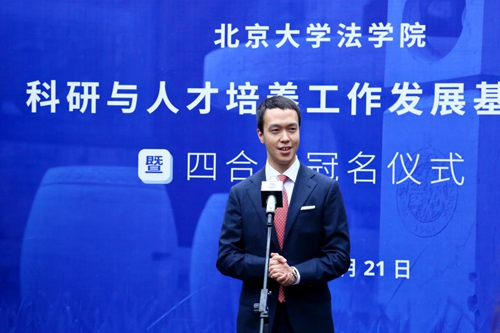 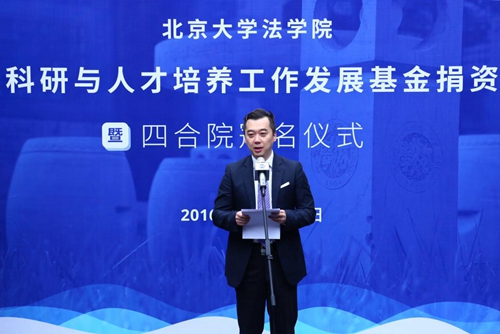 Executive Vice President Wu Zhipan indicated that big data research has provided a new paradigm for innovative research in traditional social sciences, including law research. He expressed his sincere gratitude to Gridsum and Chairman Qi Guosheng for their charity. 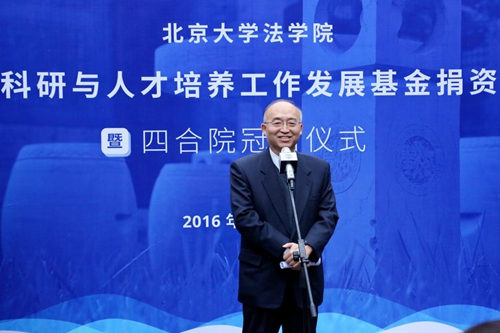 Dean Zhang Shouwen said that the donations would not only be used to comprehensively improve the level of academic research and personnel training, but also further promote the construction of national think tanks. Besides, he indicated that Law School must be better and better with the support of all sectors of society. 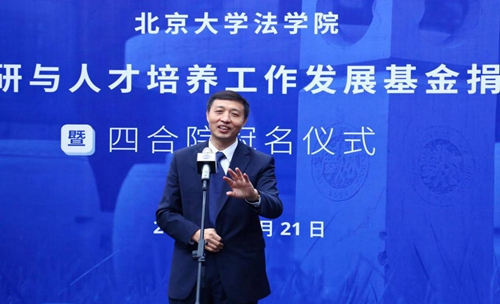 With the end of the donor ceremony, PKU Jiangjia Hutong courtyard was officially named as "Gridsum courtyard", expecting to promote rule of law academic research. 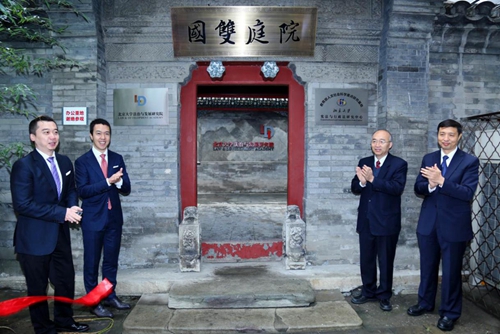 As a representative of young entrepreneurs, Chairman Qi Guosheng has many years of experience in the Internet industry. He has led the team successfully to develop the world’s leading Internet data analysis system. In the judicial field, Gridsum judicial big data constructed data analysis method and system in the justice field by basing on big data technology and introducing professionals from court, procuratorate and law firms. Peking University Law School would benefit from this donation, which must advance the development process of rule of law. 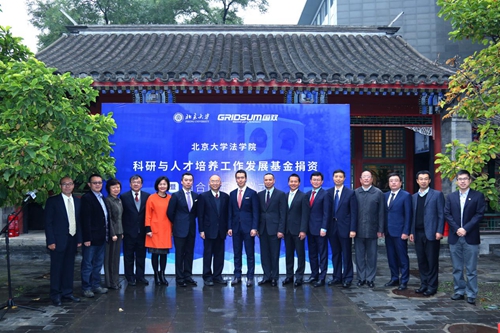