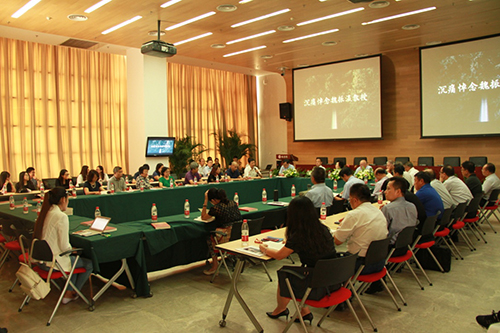 First, the participants observed a minute of silence. Later, Pan Jianfeng secretary briefly reviewed Mr. Wei Zhenying's life-long contribution to the construction of the civil law subject and the construction of the rule of law in China. As a scholar, He had made outstanding contributions to the construction and development of Peking University Law School. As a parent, he and his wife cherished each other and taught their children by personal example as well as verbal instruction. As a member of society, his gentlemanliness and scholarly style can be our model. 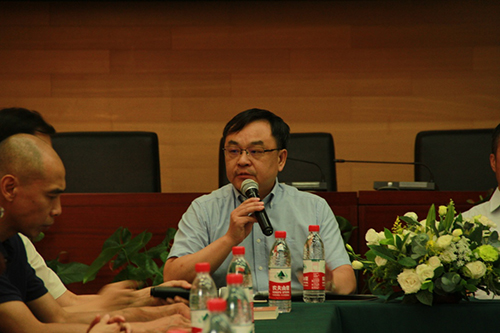 Later, Zhang Shouwen，the Dean of Law School, said that he deeply cherished the memory of Wei for his anthropology and moral character.And Mr. Wei Zhenying was introduced and remembered forhis contribution to the education, academic, research, organization, management and so on.Mr. Wei had never stopped working. He published many important monographs in his life and these academic achievements are valuable academic wealth. As an outstanding legal educator, Wei had greatly promoted the development of Peking University civil law disciplines and related disciplines; at the same time, Wei was also a teacher of excellence. He was known as an academic organizer, an outstanding educational leader and a promoter of the country's rule of law. He was wearing many hats for very important and responsible jobs and forgot private interests for the compilation of Chinese Civil Code. Because of that, he obtained many achievements. 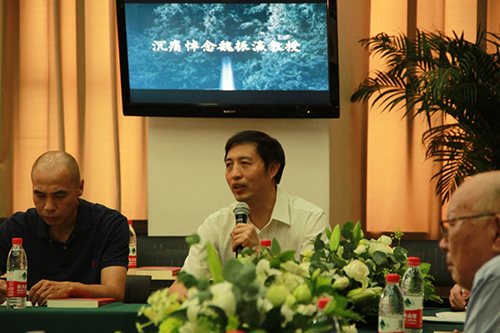 After playing the video of Mr. Wei Zhenying's life, Jiang Ping, a well-known jurist, tenured professor of China University of Political Science and Law, gave a lecture as a good friend of Mr. Wei. He reviewed the experience of the two co-enacting the General Principles of Civil Law. The idea of “Absence of Legal Prohibition Means Freedom”, which was put forward 30 years ago by Mr. Wei, and the emphasis on the importance of civil liability, all showed his foresight. Mr. Wei also hoped that the younger generation of lawyers could unite spiritually and jointly and struggle together, carrying forward the spirit in the jurisprudence. 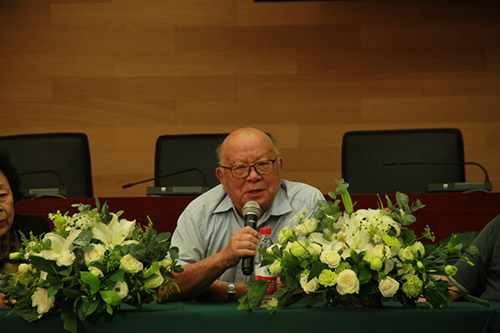 Subsequently, Professor Wang Liming， the president of the Chinese Civil Law Research Association, also expressed his love and miss for Mr. Wei. He pointed out that Mr. Wei was open-minded, frank and genuine, and he always remembered to help the younger generation. Professor Wang Liming also shared the story on the relentless pursuit of truth of Mr. Wei, which told us that only reality is the norm, rather than the dogmas from any books and theories educed by any authorities. The spirit of never considering the private interests for the cause of the country was worthy of our thinking and learning. 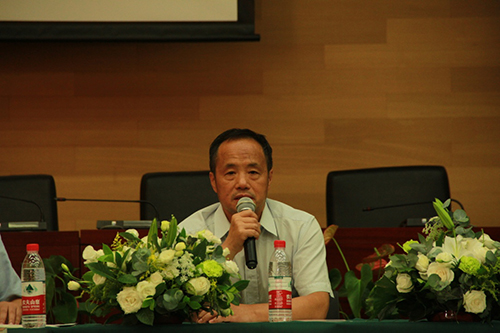 After that, the alumni reviewed Mr. Wei’s life bit by bit, recalled his justice, self-discipline, noble character and sterling integrity. In addition, Mr. Wei’s colleagues and student representatives introduced many deeds of Wei In their impressions, pointed out that Mr. Wei had contributed a lot to the development and construction of the law department of Beijing University and law school. They wanted to follow the example of Mr. Wei, beingnoble and professional.

Finally, the relatives of Mr. Wei expressed their thinks to all the participants, and also expressed their miss for Mr. Wei. The person died, but the model is alive, Mr. Wei Zhenying’s memorial meeting was end.

Mr. Wei Zhenying was one of the drafters of the General Principles of the Civil Law. He devoted himself to the education and research of civil law, and played a founding role in the process of restoration and reconstruction of contemporary civil law. At the same time, as a professor of Peking University Law School, he was knowledgeable, rigorous scholarship, serious and responsible and made outstanding contributions for the discipline construction and personnel training of Peking University Law School. The death of this kind-hearted teacher was a great loss to Peking University Law School and even to the Chinese civil law academy. And the life of Mr. Wei’s selfless struggling for civil law is also worthy of our mourning.