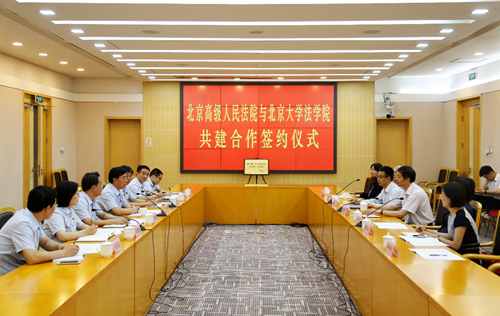 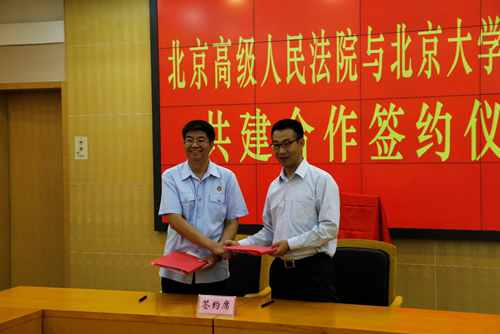 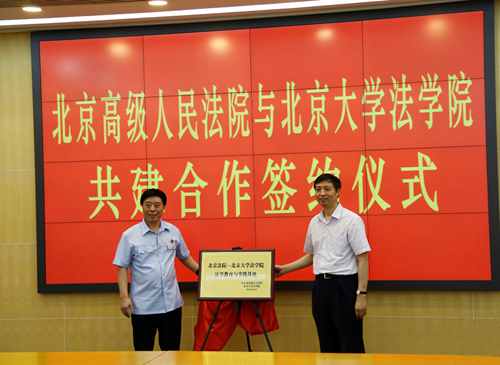 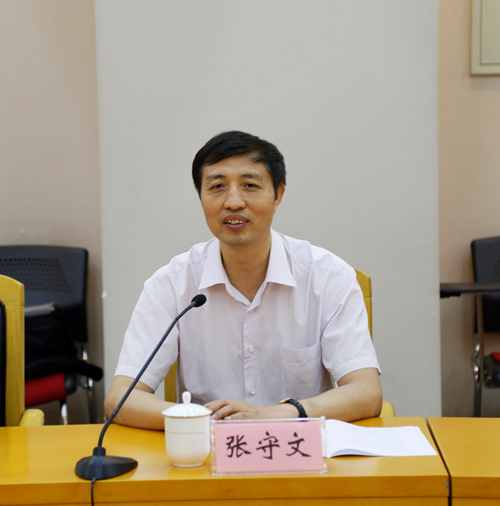 Dean Yang Wanming showed his great welcome to Dean Zhang Shouwen and other persons in his speech. He pointed out that PKULSwas outstanding in law study and owned various resources, and he believed that the cooperation with PKULS would contribute to the promotion of theory studying of Beijing courts. 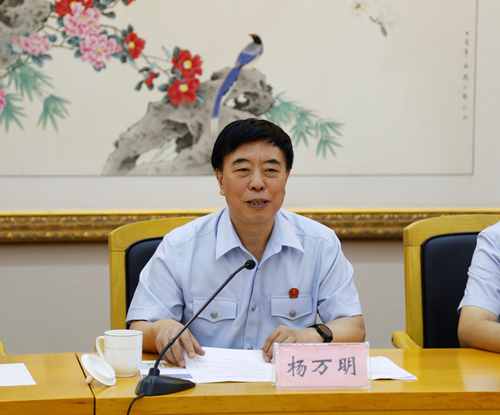 The joint construction and cooperation between the Beijing Municipal Higher People's Court and PKULS would contribute to the combination of law education and juridical practice, and would help improve the level of personnel training and juridical work.