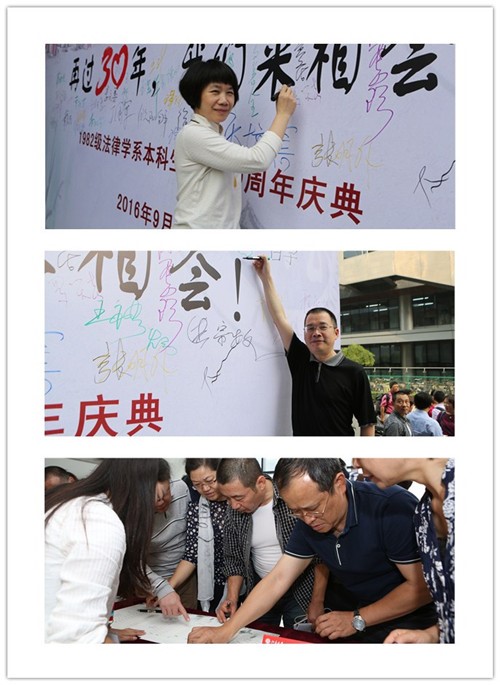 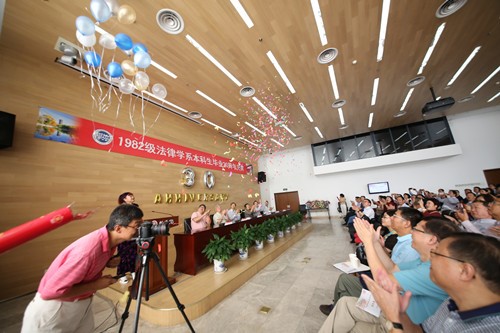 At the beginning of the commemoration dean Zhang Shouwen introduced the progress and achievements of  PKULS firstly and said that PKULS still held the tradition of past years. Finally he thanked all the alumni for the support for development of PKULS. Deputy dean Yang Xiaolei thanked the alumni for their concern about the school and said that he would develop the platform for alumni and took care of this home. He welcomed all the alumni to go home. 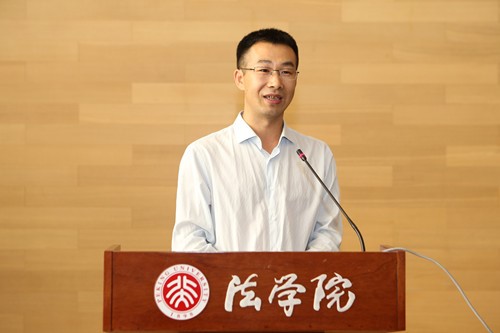 Because of busy work executive deputy dean Wu Zhipan didn’t attend the commemoration regretfully. But he wrote a poem over the night to welcome alumni of 82-grade to go home, which made an impassioned atmosphere. 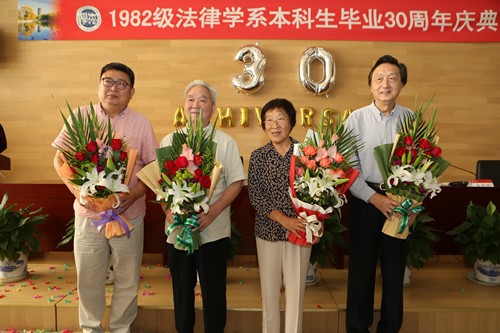 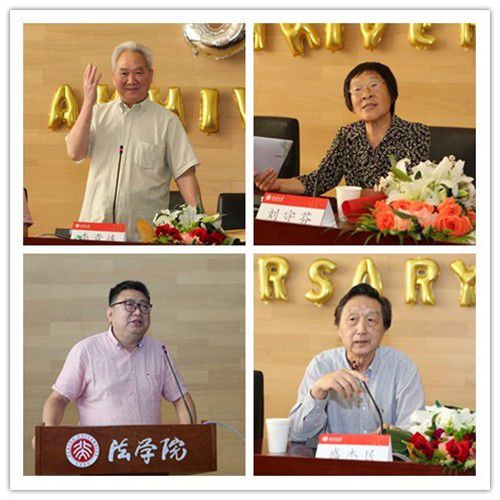 Alumni of 82-grade were concerned about development of school and established the ‘ 8215 alumni fund’ at the 30th anniversary commemoration. At the commemoration Prof. Wang Xin, as the secretary of the foundation council, thanked the alumni again for their unpaid donation and introduced the use of the 8215 scholarship. Student representative of Law School, undergraduate of 2014-grade Ding Hui said that he would model these old schoolmates and study hard, and pass down the goodness. 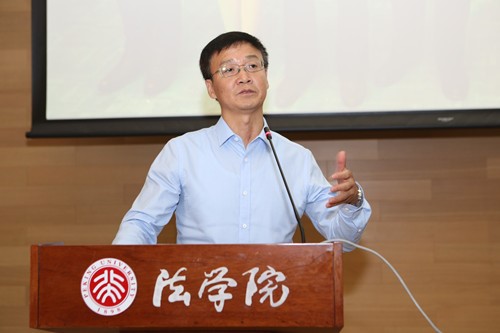 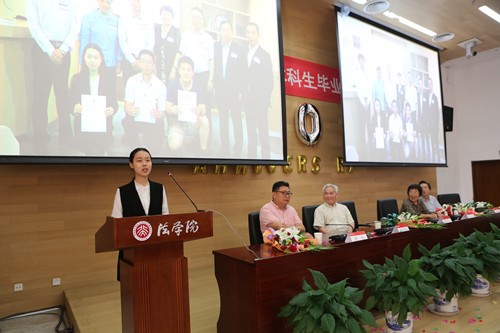 All the students have grown up and became elites of their field. At the end of the commemoration, alumni of 82-grade started to give registration record cards out. Getting their cards of admission, seeing the young face in black-and-white photograph and recalling their college life, alumni of 82-grade had mixed feelings. They felt proud because they were students of Peking University. But they were also evoked various of emotion about their past youth. 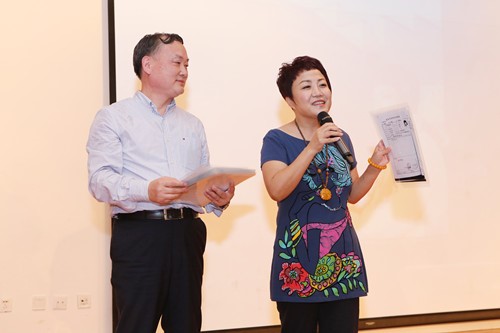 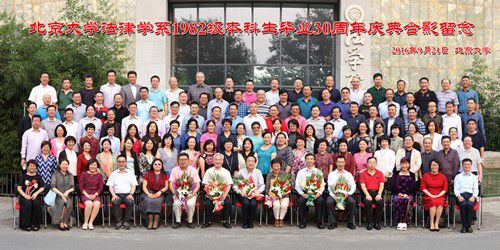