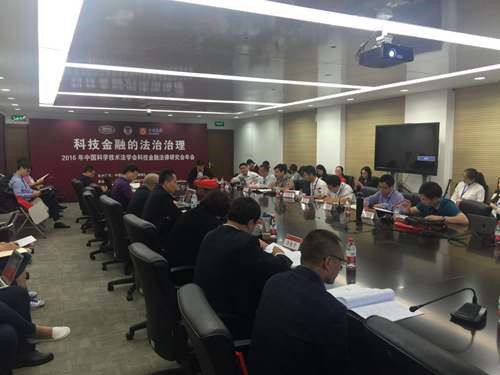 Subsequently, Peking University Law School Professor and the president of the Research Association Yi Jiming on behalf of the China Science and Technology Financial Law Research Council , made a speech. Mr. Liu Zhiqiang, Legal Director of Netcom Group, spoke on behalf of Netcom Group. He hoped that the experts could do the research from the theoretical point of view and provide valuable reference for the practice field and management field. 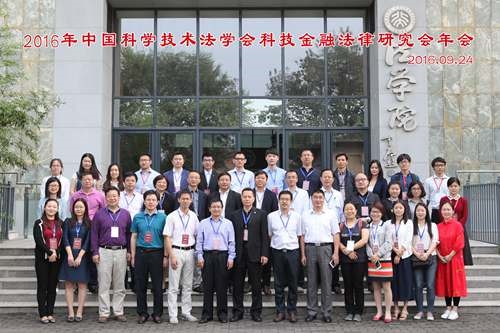 The first speaker was Huang Zhen, a professor at the Central University of Finance and Economics, who spoke on the theme of "Trends in Financial Science and Technology Law". He talked about the digital era of digital assets to bring new rights proposition, which belonged to the scope of law. The second speaker was China Ping An Insurance Co., Ltd. Chief Counsel Yao Jun. He made a speech on the theme of "network environment, personal information protection." He pointed out that personal information in today's era was a valuable asset. As long as the asset was at risk, it was likely to be badly attacked. The third speaker was Dong Xinyi, an associate professor at the Central University of Finance and Economics. He introduced the Korean investment-related laws of the relevant circumstances. And the fourth speaker was Dai Qiuyan, Ph.D. candidate of Wuhan University Law School. The theme of his speech was "Analysis of Quantitative Restrictions in Patent Licensing Contract". After the report, Mr. Yao Jun, Chief Counsel of Ping An Insurance Company of China, Mr. Guo Qingui, Director of the Pioneer Group and Mr. Huang Zifeng, Senior Partner of Beijing Horizon Law Firm and Mr. Yang Xuri, and President of the Institute of Intellectual Property Rights of the People's Republic of China made the comments. After the discussion, it went into the lunch break.

After the lunch break, the second stage of the "Presentation and Peer Review" section was chaired by Tu Yongqian, a professor of the School of Labor and Human Resources of Renmin University of China, and the three speakers gave speeches respectively.

The first speaker was Deng Jianpeng, a professor of the Central University for Nationalities Law School. The theme of the speech was "American Virtual Monetary Regulation Legislation and its Enlightenment to China". He first pointed out that the three core parts of virtual currency regulation were the protection of consumer rights, network security and anti-money laundering mechanism. At present, China should learn from the experience of the United States; The second speaker was Wuhan University School of law doctoral student Wang Defu, the theme of his speech was "on the regional chain of digital currency legal status and legal response." He pointed out that the currency as the representative of the charm of the virtual currency was completely eliminated super-fat. The third speaker was a senior partner Yingke Wang Feng at law firm, speaking on the theme of "science and technology financial background of asset transactions mode". Then, the participants started  to free discussion. After the discussion, the meeting went into the coffee break .

After the tea break, the third part of the "Presentation and Peer Review" section was chaird by Zhu Mianmao, vice president of Hainan College of Politics and Law, and the three speakers gave speeches respectively.

The first speaker was Sun Pei, a postgraduate student at Shanghai University of International Business and Economics, who spoke on the theme of "Legal Regulation of Advertising on Internet Financing Platforms." She suggested that Internet advertising was different from general merchandise and required special supervision. The second speaker was Zhang Yang, a graduate student at the Wuhan University Law School. The theme of his speech was "Regulation and Prospecting of the Stock Ownership Platform". This platform was not only provide great convenience for grassroots investors, but also create new risks. China should establish a variety of investor auditing system, multi-channel standardized project review. The third speaker was theTianjin University of Finance and Economics School of Master's degree, the theme of his speech was "the Internet financial background of the local financial regulatory efficiency evaluation." He pointed out it was necessary to clarify the responsibilities of the local administrative departments. . After the discussion, the participants went into  free discussion .

After the report part of the review, it went into the annual Prize Presentation Ceremony part. President Yi Ji Ming announced the list of winners of the annual conference. He presented honorary certificates to the winners. The winners were warmly congratulated. After the award ceremony, President Yi Jiming delivered a speech at the closing ceremony of this annual conference. Prof. Ning Lizhi delivered a speech on behalf of Wuhan University Law School as the organizer of the next annual conference. He looked forward to further discussions with experts and scholars in Wuhan in 2017 to discuss the legal issues of finance in science and technology. At this point, the annual meeting drew successful curtains.