From May 19th to May 20th, 2016, the Asian Law Institute thirteenth annual meeting was held successfully in Peking University Law School. In the opening ceremony, the Supreme People's Court Vice-President Jiang Bixin was invited to makethe keynote speech,which was named "The role of administrative litigation in advancing governance modernization". 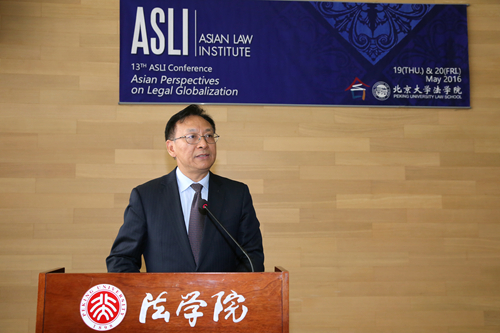 The Vice Dean Jiang Bixin thanked the kind invitation of the meeting. He first noted that, to reduce and avoid a global conflict of laws, it had not only the objective necessity, but also a realistic possibility; it could greatly reduce the people's communication and transaction costs and improve the quality of life of all mankind, and could reduce the gap conflicts, increase consensus and safeguard world peace and stable development. 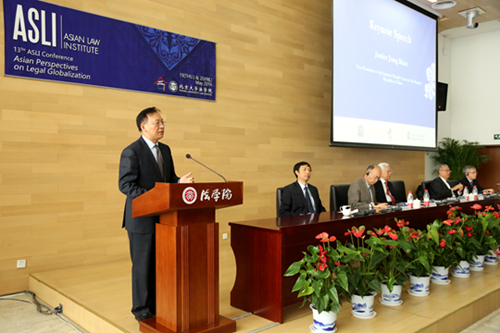 The keynote speech of the Vice Dean Jiang Bixinis highly concerned by the participating countries’ scholars.