Peking University Law School began in 1904, the earliest one of the China Modern Legal Education. Many stories happened in the passing century and all the flowers and trees here have seen the development of the school. A series of "Stories of Law School", describing the institute buildings, courtyard, sculptures and other typical scenery, will be showed here and you can see the Law palace with classic stories and cultural heritage along the way. 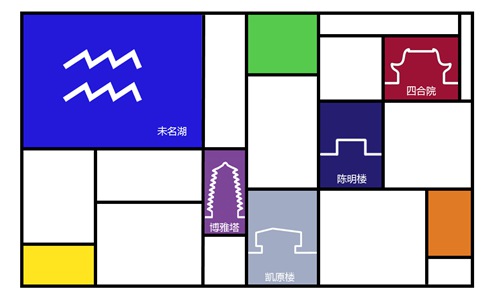 The (Leo) Koguan Building is the teaching and administration building of PKULS, and it is so named as the donor Leo KoGuan. It is located in the east of the Weiming Lake, facing with the Boyata. There arelecturer hall, moot court,law library, law students' club, a number of facilities and equipment in the building. And it is also the important place for holding the large-scale activities. The Chen Ming Building is a scientific research building of PKULS, and it is named after the donor, Mr. Chen who was a patriotic industrialist from Hong Kong. It is located on the northeast side of the (Leo) Koguan Building. Each teacher of PKULS enjoys an independent office in the building, for scientific researching or receiving visitors. 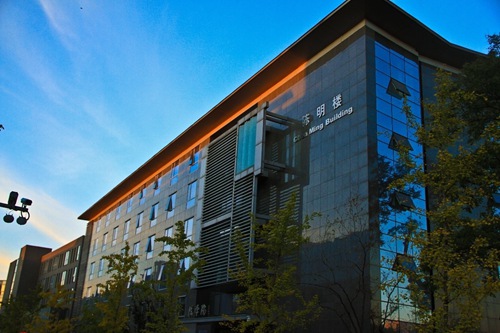 On the eastern side of the Chen Ming Building, separated bya belt of trees, stands the Courtyard.It is the Former Residence of famous historian GuJiegang. The Law and Development Academy, the Scientific Research Office, the External Affairs Office are all in the Courtyard. 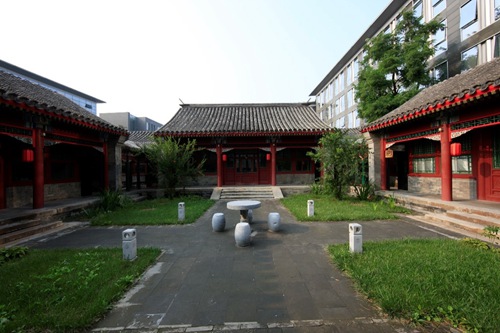 The modernity of (Leo) Koguan Building, the calmness of Chen Ming Building and the oldness of Courtyard, plot the Yanyuan's impression, also interpret the spirit of the Peking University legal person.