The theme of the lecture was "The Current Situation and Prospects on the security of the German Criminal imprisonment regime", and the speaker was Germany’sUniversity of Augsburg Law School, Criminal Law, Criminal Procedure Law, Criminology and Sanctions Act Chair Professor and Dr. Johannes Caspar. Peking University Law School A.P. Jiang Su acted as thetranslator. Peking University Law School Prof. Liang Genlinhosted the forum.It attracted students from multiple institutions to the scene to listen to. 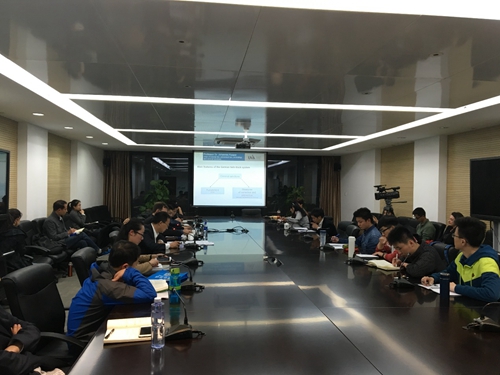 Prof. Casper started the lecture from German dual-track system of criminal sanctions, and based on it had in-depth discussions about the German criminal law imprisonment security system.

First, Prof. Casper described the main characteristics of the German dual-track Criminal sanctions systemto teachers and students. This dual-track mode of sanctions contained two very different approaches: one is the typicalpenalty, and the other is corrected and Security Measures. Prof. Casper pointed out German dual-track criminal law sanctions system was the achievement of theoretical debate on the purpose of the punishment and the dispute prevention theory and retribution theory. Next, Prof. Kasper discussed the relationship between the punishment and security measuresin German criminal law. German Penal Code provided for two principal penalties, namely freedom of punishment and criminal fines, in addition to another punishment, which prohibited driving. German security punishment system provided three measures of deprivation of liberty,whichwere non-revocation of driver's license, occupational ban, behavior monitor and three kinds of non-deprivation of liberty. Prof. Casper believed that punishment and Security Measures were not mutually exclusive, on the contrary, there was a complementary relationship between the two, and in some cases they could simultaneously be applicable. 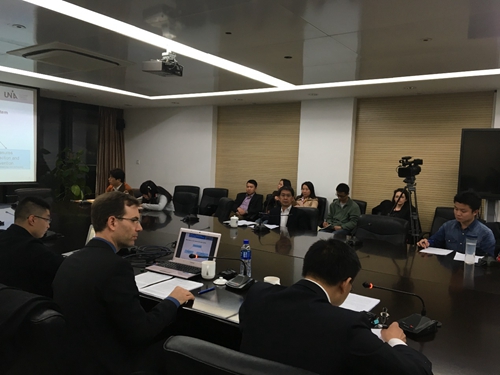 Finally, Prof. Caspar put forward their views and believed thatGerman criminal law imprisonment security system, as a punishment measure kind of the sanction, should be bound by the principle of legality and the absolute prohibition of retroactive legislation.

Prof. Liang Genlinspoke high of Prof. Casper’s wonderful lectureand made a brief summary of lecture. At the same time he had a further discussion with Prof.Caspar on the reflection path of German criminal law security imprisonment.Also Students discussed with Professor Casparon the relations between social protection of legal interests and defense, the German judicial practice issues relating to security detention dangerousness criteria, career prohibition and other aspects. The lecture lasted about two and half hours, and finally ended in a warm and harmonious academic atmosphere. 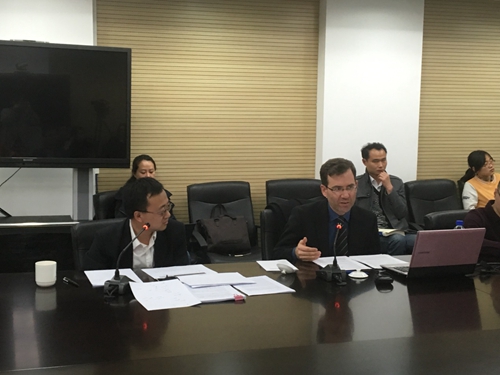