At 18:30 on December 23, 2015, Lecture"Recalling the Simpson Case after 20 Years - US TrialProcedure and DefenseSkills" washeld successfully in Moot Court,Koguan Building, PKULS. The Lecture was delivered by the US Embassy legal adviser Mr. GuoZijun (Steve Kwok) and legal expert Miss Dong Yue, while Prof. CheHao from PKULS was the Host. Mr. GuoZijun, JD of Yale University, served as Justice Kennedy US Supreme Court, Wachtell, Lipton, Rosen & Katz law firm, prosecutor at the U.S. Attorney's Office for the Southern District of New York. He has worked as the US Embassy legal adviser since 2013. 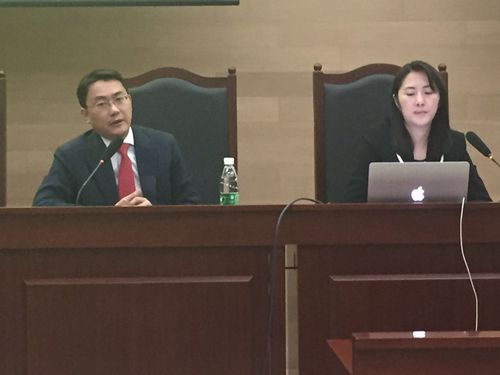 As "trial of the century", the Simpson Case has long been well known in China. Procedural justice and the principle "in dubio pro reo" was highlighted in the case. Today, two decades later, Mr. GuoZijun with its wealth of trial experience and profound legal knowledge, recalled this thrilling trial from two perspectives, namely the strategy of the prosecution’s and defender and the fatal mistake of the prosecution’s. At the same time, Mr. Guo introduced and commented the American judicial system.

Mr. GuoZaijun then began to point out the errors committed by the prosecution in this case. For example, the prosecution tried to lock in the incident time 10:15, which is toospecific. This practice on the one hand made their proof more difficult, on the other hand also for the defense provided a very favorable point of attack. Second, a key prosecution witness Foreman tended to have a racial discrimination, and the prosecution did not show this to the jury, but by the defense in the trial process, step by step through a trap ask, it was finally exposed, which makes the prosecution into a passive situation. MrGuo also made a detailed introduction of other errors by the prosecution. He believed that it was this series of major mistakes of the prosecution, that the jury is unable to lead to the formation of inner conviction, and ultimately, for the year-long trial of the case, the jury took just short of four hours, it is consistent to make a decision innocence. 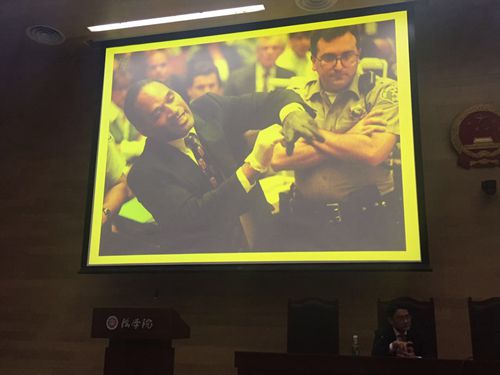