On 4th of November, the 31th Law School academic salon was held successfully in Room 307, Koguan Building. The theme of this salon is“legal logic of crowdfunding”, and Professor Peng Bing was the main speaker. Law school Deputy Dean Guo Li and several professors attended the meeting. 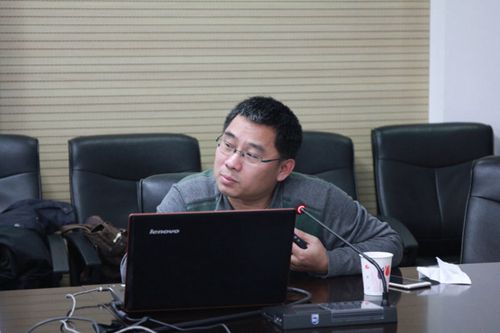 Firstly, Professor Peng Bing from the traditional theory of securities, introduced the three forms of securities exemption. Then, Professor Peng analyzed the positive impact of the Internet on securities trading, but still pointed out that the problem of asymmetric information in the securities exchange has not been fundamentally resolved. At the same time, he put the United States compared with the characteristics of China securities regulations, pointed out the advanced experience is worth learning from the United States securities trading model. In the end, he stressed that the traditional securities regulatory means in the actual use of the absolute position, and details on the qualification of the investment subject.

Subsequently, the participants had a heated discussion , Liu Kaixiang, and many other professors involved in the discussion, Professor Peng Bing also answer the question one by one raised by the teacher. So far, the Law School 31th Academic Salon is concluded.

The salon carried out an in-depth study of the new problems faced by the current crowdfunding. It’s very significant to gain a better understanding of "rule of law".