December 2nd, the 35th Academic Salon of Law School was held successfully at 307 conference room in the Koguan Building.The theme of the salon is the social stratification and the problem of legislation. Professor Zhu Suli served as speaker. More than twenty teachers participated in the salon. 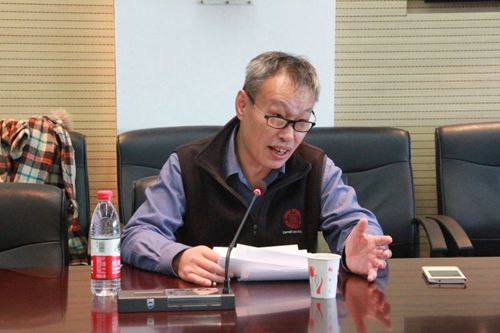 First, Professor Zhu Suli expressed the view of social stratification from the perspective of the traditional class. Then, Professor Zhu Suli expounded the problem of the interests of different classes in many social fields and extended to the ideological debate. Subsequently, he analyzed the technical problems and procedural issues in the distribution of justice and pointed out that the fundamental cause of social stratification is the social diversity. At the same time, he pointed out the seriousness and complexity of the problem of China's interests. The role of the state in dealing with the problems and its limitations are analyzed.In the end, he interpreted the social stratification from the legal aspect and put forward the major demand of legal talents.

Subsequently, the professors at the meeting launched a heated discussion. Shen Kui, Chen Ruoying, Peng Bing and other professors participated in the discussion. Professor Su Li also asked the questions raised by the teacher. So far, the 35th Academic Salon of Law School was concluded.