On November 28th to 29th, sponsored by the Peking University Law School, the2015 “Cross-straits Four Areas” Law Development Academic Seminar was held successfully atLecture Hall,Koguan Building, PKU Law School. The theme of the seminar is "The Research and Globalization of Chinese Law". Professors and scholars of law from four places on both sides of the straits attended the seminar. There were three meetings about the present law and the frontier of the research. 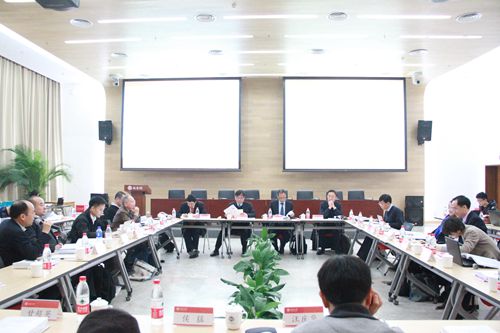 In the morning of November 28th morning 9:00, the opening ceremony of the seminar was held at academic report hall in Koguan Building of PKU Law School, hosted by Xue Jun, vice president of the Law School of Peking University. 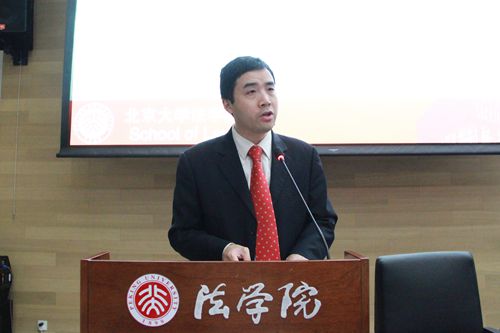 First, Prof. Pan Jianfeng, secretary of Party Committee and vice president of the Peking University Law School, made a speech. Professor Pan on the participants, and pointed out that today's China is in the social transition period, the need for advanced legal concepts to provide the development momentum, as a good legal person, should bear social responsibility, the current social issues for active academic exchanges and ideas, for China's legal system to make due contributions. In the end, Professor Pan Jianfeng wished the seminar a complete success. 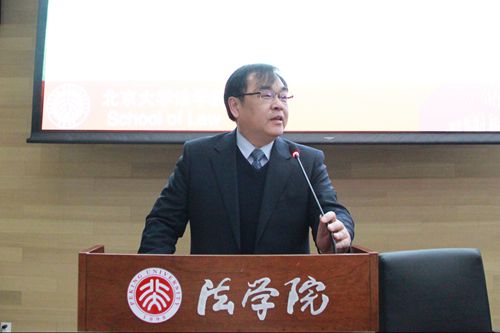 The theme of the first session of the seminar is “The New Trend Of The Four Places On Both Sides Of The Strait”. The first unit was hosted by Taiwan area director Lin Ziyi legal, director of Taiwan Area Legal Academia. 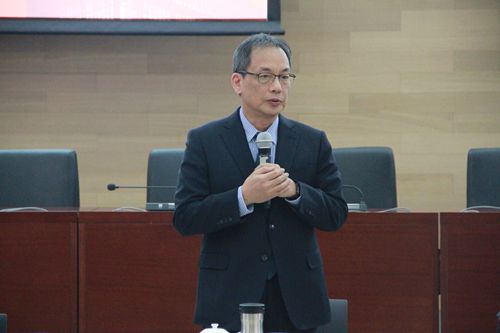 First, Prof. Zhang Qi from Peking University Law School,gave the speech entitled with "The Use Of Similar Cases In Discussion Of The Judgment And The Guiding Case Report”. He said the key point of controversy of the case and the fact is an important basis for judging the similar cases, and it is pointed out that the legal precedent system in today's China's construction of a heavy and is of great significance. Subsequently, Liang Yingxiu, vice president of the Beijing Normal University law school as a professor, fully affirmed the great practical significance of the research field of Professor Zhang Qi. 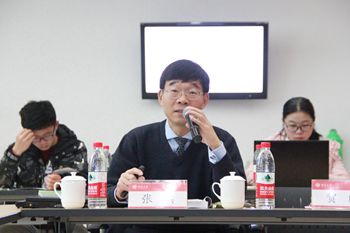 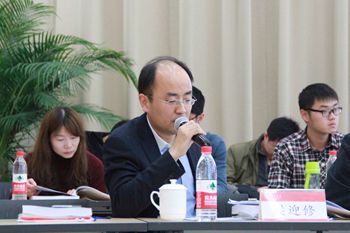 ThenJian Zixiu, researcher of Taiwan Area Legal Academia Institute, made a speech themed"The Economic Interpretation: Legal Textbook Economics" in an academic report. He said that the book to explain the economic principle of economic phenomena of economic ethics, the study of legal economics has an important role. Dai Xin, associate professor of Ocean University of China, is proposed for empirical questions of law and economics, against the special theory and tautological methodology, human rights and the property distribution theory of thinking. The ideological confrontation between the two scholars got a warm response to the scene. 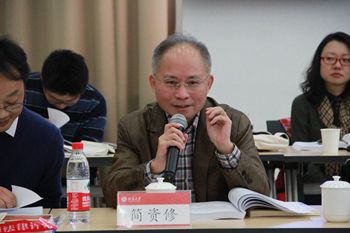 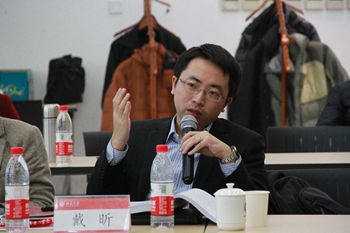 At break time, the scholars took a group photo in the west gate of Koguan Building. Scholars discussed in an active atmosphere. 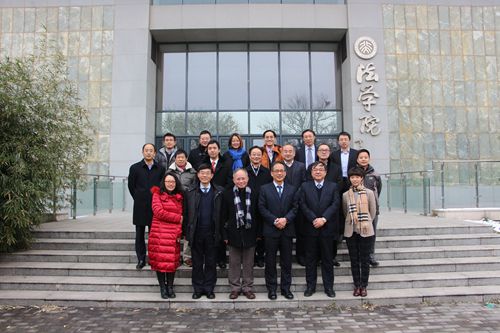 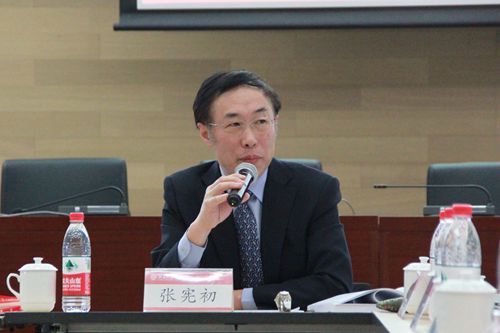 First of all, the Macao University Law School professor Tang Xiaoqing for "Sex, Marriage And Law" report, the people's rational and animal impulses, marriage contract basis, family and a husband and wife system three topics, from the legal sense of sex and marriage. Subsequently, Professor Xue Jun pointed out that the legal regulation of marriage rights in the marriage, and stressed that the marriage law system and civil law logic, and the value of love and legal system can not be confused. 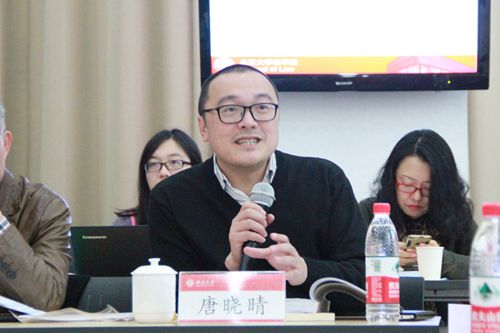 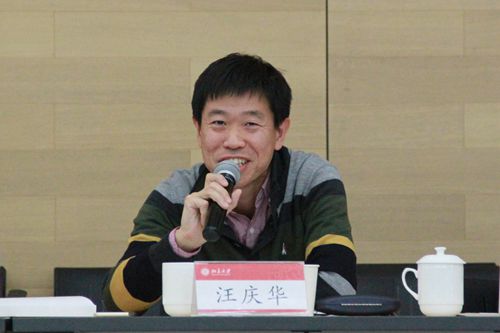 In the free discussion session, scholars have their different views, to report on proposed their own interpretations and reflections, and actively carry out exchanges, showing a brilliant academic confrontation, the scene atmosphere was lively and active.

In the afternoon of the same day, the second games continued, the theme of "civil law and the frontier of law economics". 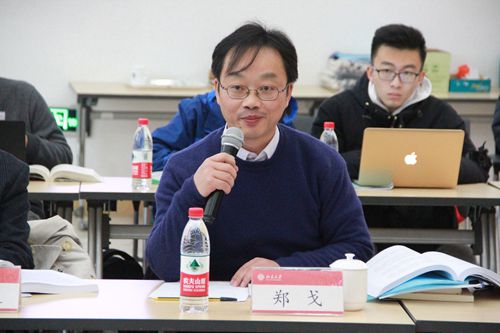 First of all, Li Xueyao, Dean of the Shanghai University of Finance and Economics law school, reports on the property law of the law and economics of behavior. He described the behavior of the problem of property analysis of the five directions, and put forward some development issues and theoretical questions about the future. A brief comment from the perspective of the behavior of Professor Yang Ming from the Peking University law school. 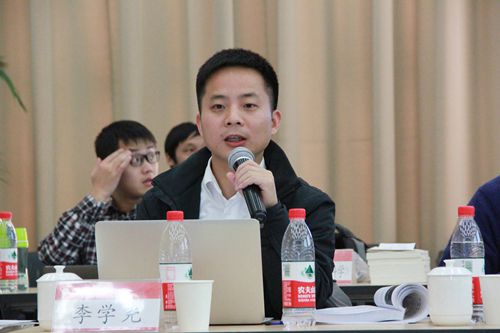 After that, Professor Ding Li of Zhongshan University law school was the subject of the report of "system incentive, game equilibrium and social justice", from the perspective of game theory to explore a comprehensive pure jurisprudence. A brief comment on the Ocean University of China College of law and politics and vice president Sang Benqian. 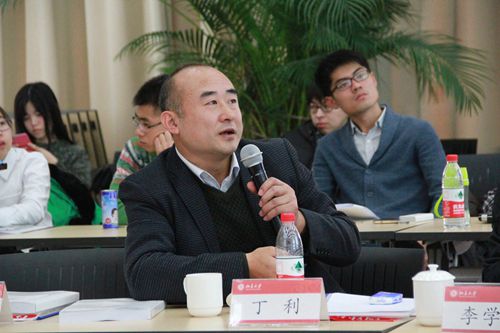 Subsequently, the mulberry Benqian professor of the report about the "consequences, truth and 'exclude reasonable doubt", defined the concept of "truth" and "reasonable doubt". Talking with people in Taiwan "legal Academia Sinica Institute researcher Jane capital from the perspective of the situation in Taiwan to repair some brief comments.

In the discussion of free discussion, the scholars at the conference discussed the issues of the game theory, social justice and so on.

In the fourth unit, the Peking University law school professor Xue Jun as moderator. First by the Taiwan Academia Sinica Legal Deputy researcher Zhang Yongjian were about "the Chinese legislation of civil code of kindness made Fallon" report, expounds his understanding of the law of the. Talking with Chinese Youth Political College Law School professor Chen Xin asked about the difference between booty and stolen goods stolen, and virtual markets. 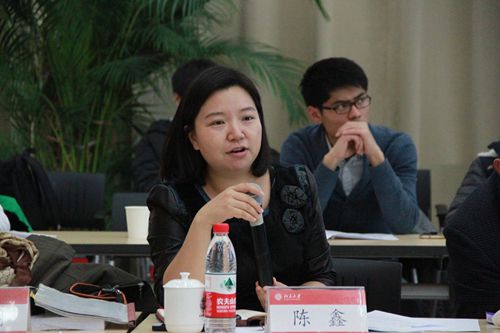 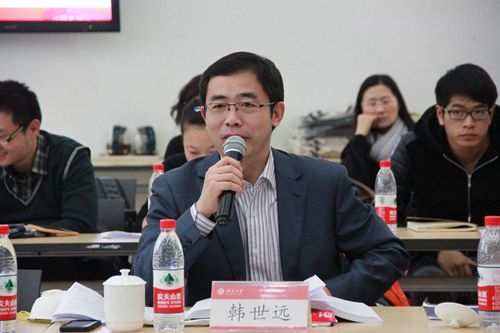 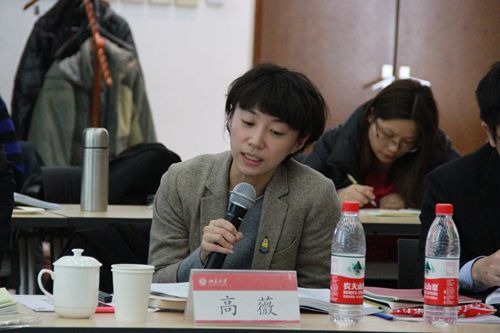 
In the end, Professor Xue Jun's comments on the subject of this field, and to attend the meeting of scholars and professors expressed heartfelt thanks. 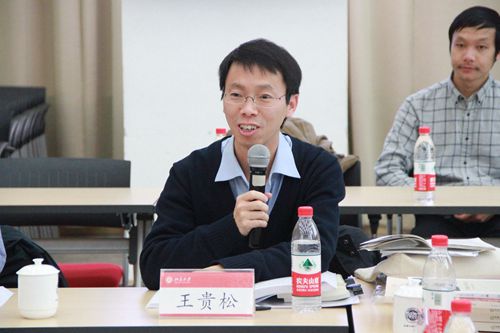 First of all, Jiang Yulin, a professor of law at the University of politics and law, was a report entitled "human dignity of the transplant and mixed life". Professor Jiang Yulin introduced the application of "human dignity" in the judicial practice in Taiwan area. And Professor Zheng Ge is a brief supplement.

Subsequently, to carry out a report on the 'formal equality' and 'substantive equality' language debate on "Taiwan academia sinica legal deputy director Li Jianliang. He explained in detail the definition of "equality", and emphasized the need to distinguish the source of inequality. Make a brief comment on people and Law School of Peking University postdoctoral Yan Tian. 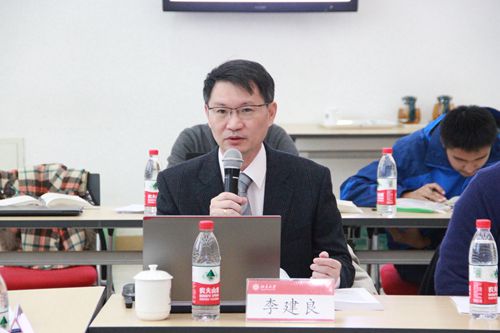 After that, Wang Shizhou, Professor of Peking University law school, was a report on the subject of "the Chinese expression of modern law and its influence on the development of law". He pointed out that the legal language will guide the legal thinking, affecting the direction of legal development. Brief comments on Professor Li Jianliang.

Free discussion, many scholars on the theme of the above report to expand exchanges, a warm atmosphere.

Subsequently, Yan Tian's post doctoral "general theory of anti discrimination law": a report on the construction and reflection of the two countries, from the legislative idea, tort mode and value conflict resolution three aspects of China's current anti employment discrimination law. Huang Hui, Professor of Beihang University law school, and the school of law, from a comparison of the relevant legal framework and the integration of the integration point of view.

After Zhang Yongjian, Professor Dai "Academia Sinica legal associate Huang Chengyi were entitled" from path dependence perspective of Taiwan Administrative Procedure Law Reform and limitations "of the report. He introduced many theories of the field of administrative procedure law, and put forward his own views on the problem of path dependence in reality. Wang Guisong, associate professor of the Renmin University of China law school, has commented on this. 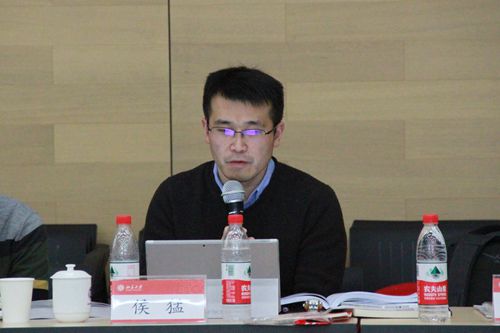 First, "Academia Sinica legal wood instrument, director of the meeting concluded, of Peking University School of law, careful arrangements and warm reception to thank and expressed their feelings and Inspiration of the seminar.

Subsequently, Zhang Shouwen, Dean of the Peking University law school closing words. President Zhang Shouwen spoke highly of the role of the conference on the exchange of the four fields of the two sides of the Strait, and expressed his sincere thanks to the active participation of the experts and scholars, and I look forward to the next seminar to achieve greater success. 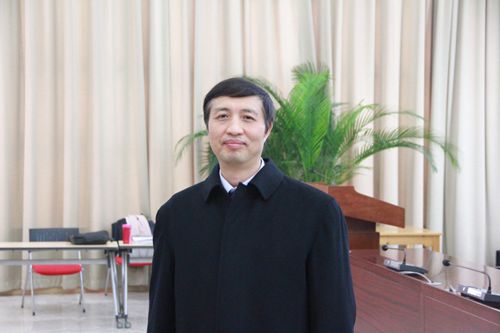