On 26th of November, the 34th Law School academic salon was held successfully in Room 307, Koguan Building. The theme of this salon is “The Promise of a Remedy：Private Litigation Against State Actors under U.S Law(42 USC 1983)”. The speaker is Stephen Ryals, who once taught in University of Washington and Saint Louis University. Commentator Hon. Katharine S. Hayden, Joseph Hayden and other professors attended. The salon was hosted by Jeremy L.Daum. 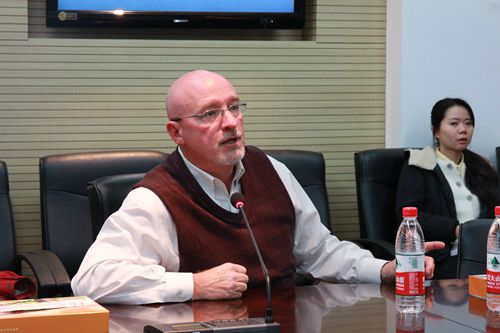 Subsequently, the meeting has an open discussion and Stephen answered their questions. So far, the 34th Law School academic salon held successfully.

Stephen shared his research about United States Codeparagraph 1983 of Article 42 in the salon, and helped us gain a better understanding of civil rights lawsuits.

Translated by: He Xin