At 7:00, Nov.22 of 2015, the 30th Boya Public Law Forum organized by Center for Studies of Constitutional and Administrative Law was held successfully in LectureHall of Koguan Building. The theme of the forum was “China as a notion of theocracy”, and the forum invited Mr. Zhao Tingyang from Institute of Philosophy of CASS, dean of humanistic higher institutes Professor Gao Quanxi from Beijing university of aeronautics and astronautics, and Vice Professor Zhang Yan from Renmin University of China Law School. The forum was hosted by Professor Chen Duanhong from PKULS, and 300 students and teachers from Beijing universities and institutions joined the forum. 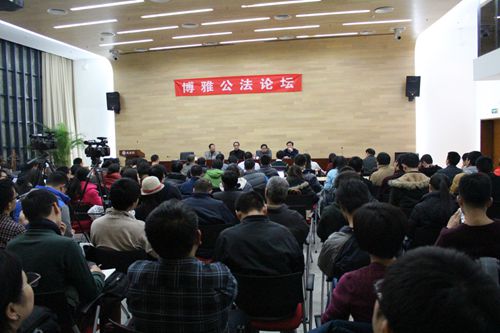 The forum was held in a snowy night. The host firstly thanked all the attending audience. The he introduced the honored guests and the rule of the forum. 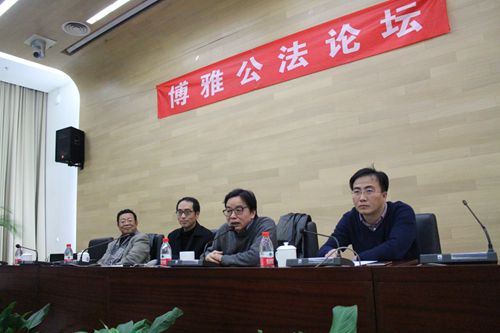 “China as a notion of theocracy” is the upcoming academic treatise of Mr. Zhao Tingyang. The book unscrambled theocracy notion in China from a political angle. In the keynote speech phase, Mr. Zhao Tingyang shared core content of the book. In his opinion, China is a nation, a civilization, and a history in the same time. But these three elements are not happening the same time, they are growing eventually. Professor Zhao also put up the theory of “China vortex”, and other structural problems of China history. 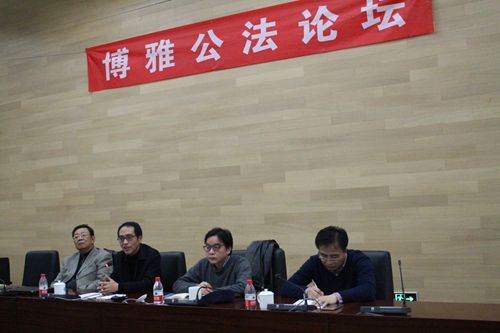 In the discussion section, two honored guests spoke highly of main speaker’s report and thought. They considered questions raised by Mr. Zhao provoking and challenging, and they were important thoughtful questions to China and the world, opening a new possibility of continuing the world political orders. Also, they raised their own opinions and made thorough discussions with the main speaker. 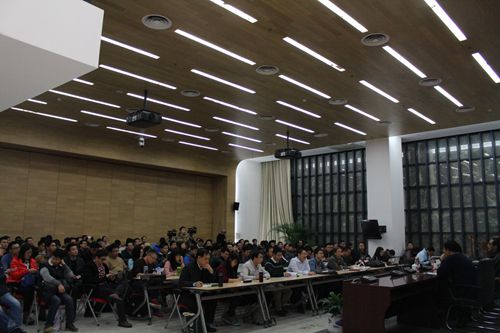 The forum was full of speculation and logos, filled with rounds of applaud, and was ended after three hours.